Anyone who’s ever been cheated on knows the feeling of devastation, betrayal, and loss.

You feel like you’ve been kicked in the gut, and you can’t help but overthink your partner’s cheating.

When it comes to cheating, we want to know everything.

We want to know how long he’s been hiding the affair.

We want to know what he looks like when he’s with her and how she looks.

We want to find out if he calls her a name that he’d never call us — and if so, what that name is.

We want to know exactly how they met and how often they’re meeting up.

And we want to know what they do together when they’re not together with us.

You need answers to understand what happened, why it happened, and get some insight and closure—if he answers honestly.

Here are 27 questions to ask your boyfriend after he cheated on you:

27 Questions To Ask Your Boyfriend After He Cheated on You 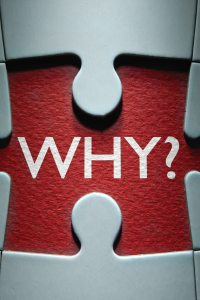 This is a tough question, but it’s the first thing you need to know.

If you’re open to reconciliation, this question is essential because it will help you figure out what caused him to cheat in the first place.

If he says that he didn’t understand why he cheated until after it happened — or if he blames external factors like stress at work or being drunk, that’s probably not something that will change.

However, if he has a more specific reason for why he cheated (say, he felt ignored by you), then this is an opportunity to address those issues before they lead to another affair down the road.

2. How long has this been going on?

This brings to light exactly how long your partner has betrayed you.

It also gives insight into whether or not this was a one-time thing or part of a larger pattern of infidelity in his life. 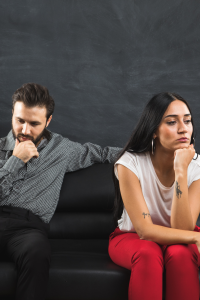 This question is a tricky one because men don’t always know how to communicate their feelings — especially when they’re hurting someone else’s feelings by being unfaithful.

If he doesn’t have an answer for this question (as in “I don’t know” or “I don’t remember”), then there may be deeper issues at play here than just cheating.

4. What do you love about her? 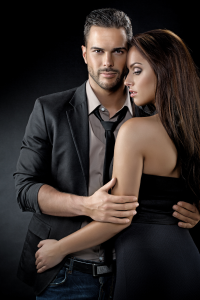 This can be a tricky question because it might make you feel jealous or insecure.

This question is particularly important because it shows if he still cares about his side chick.

He may have been blinded by lust or attraction at first, but there’s still something there that made him cheat on you.

If he says something like, “I just wanted to be with someone who could make me happy,” it’s a sign that it wasn’t just an act of sexual betrayal — there were real feelings involved.

5. Did she want a long-term relationship?

If so, this is another sign that there could be something serious going on with the other woman and your boyfriend.

If they’re interested in each other exclusively and not just having fun, they’re hoping for something more permanent than just casual s*x (which most people who cheat on their partners usually want).

It’s important to understand how they met so that you can get a clear picture of what really happened.

This will help you determine whether or not there was any kind of attraction between them before the affair started.

If your boyfriend says that they met at work, then it’s likely that there wasn’t anything romantic going on between them at first.

If he says that they met at a party, then it’s possible that they were attracted to each other from the start.

7. Was there anything that was missing in our relationship? If yes, then what was it?

This is one of the crucial questions to ask your boyfriend after he cheated on you because it helps determine whether or not infidelity was just a one-time thing or if there are deeper problems within your relationship that need addressing.

8. Did you use protection? 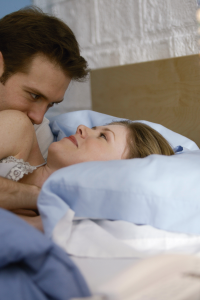 It may seem silly, but it’s important to know if your boyfriend practices safe s*x.

If he didn’t use protection, he could have an STD or get his side chick pregnant.

9. How many times did it happen?

You might want more details about how often cheating occurred and whether it happened once or several times.

If it’s every single day or multiple times per week, then there might be something serious going on between them — and maybe even long-term plans for the future.

A cheater who doesn’t want their partner to find out about their affair will likely never tell them about it, but someone who genuinely regrets what they did will want to come clean as soon as possible — even if it means admitting that they were wrong and should have told their partner sooner.

If he says yes, then it may mean something more than just s*x for him, and he may have been looking for someone who would understand him.

If he says no, then it was just s*x for him, and there was nothing more behind it.

12. Has this happened before?

You should ask this question because if it has happened before, there’s a chance that it will happen again in the future.

This is a good question for understanding how his actions affected him personally.

If he feels guilty about cheating on you and regrets it, maybe there’s hope for repairing your relationship after all.

However, if he feels no remorse whatsoever and doesn’t see anything wrong with what he did, there’s probably no future for you two as a couple.

14. How did I contribute to this happening? Did I do something wrong? If so, what can I do differently next time?

Many women think that they did nothing wrong when their boyfriend cheats on them because they don’t want to take responsibility for their actions.

However, while there are no excuses for cheating, it makes sense to know how your boyfriend thinks you contributed to it.

You’re not being nosy; you want to know what kind of woman would cheat on you with your boyfriend.

This is a very important question because if his side chick is unemployed or something like that, she might just want to take advantage of him financially.

If he doesn’t know what she does for work, maybe he’s not interested in her as a person.

A cheater’s weakness can be found in the woman he chooses to cheat with.

If she’s a high-maintenance drama queen, that’s probably what attracted him to her in the first place.

It may seem obvious that someone who cheats doesn’t love their partner — but if you’re asking this question out of anger or sadness rather than curiosity, you may not get an honest answer from your boyfriend. 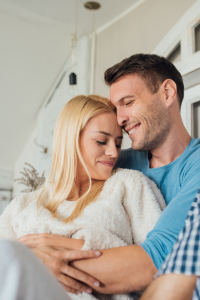 This question will tell you whether she was just another fling or whether she could potentially be sticking around after everything blows over with your relationship (or even before).

20. How would it make you feel if I cheated on you too?

If your boyfriend cheated on you, I’m sure it made you feel extremely hurt and betrayed, especially if you’ve been faithful in the relationship.

So, if he wants to regain trust in the relationship, he should be able to answer this question honestly without hesitation.

21. Do you think what we have is strong enough for me not to leave you over this?

This question will help determine whether or not your relationship can survive infidelity.

22. When did the affair end? What happened when it ended? Did she end it, or did you? 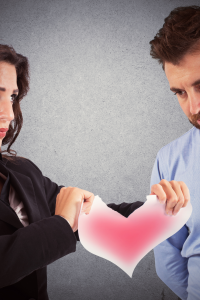 This is important because it could have an impact on your relationship.

If you found out about the affair after it ended and she was the one who ended it, he might still have feelings for her.

23. Can I trust anything you’ve said in the past?

After you’ve been cheated on, it’s normal to question everything about your relationship.

You might be wondering if you can ever trust him again.

Ask him directly if you can trust anything he’s said in the past.

If he’s honest with you, he’ll understand why you need to ask and will be willing to answer your questions.

However, if he refuses to talk about it or gets defensive, it could be a sign that he’s not ready to face the consequences of his actions.

24. Does she know that you are in a relationship?

If she does know, she was aware of his commitment to another woman, which makes her an awful person.

This question will help you understand how your boyfriend feels about the situation.

If he wants to be with you, he may be willing to work on the relationship.

However, if he chooses her over you, it may be time to move on.

26. How can I trust you again?/What are you willing to do to rebuild trust? 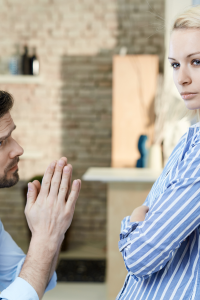 Cheating can be a major breach of trust in a relationship.

If your partner is serious about rebuilding trust, he should be willing to do whatever it takes, whether attending counseling sessions or being more transparent with their actions and whereabouts.

Cheating is a devastating emotional blow to both parties involved — but especially the person who was betrayed.

If your boyfriend has cheated on you once, he will likely do it again in the future if he isn’t willing or able to address the underlying issues that make him want to stray from you in the first place.

If there are no plans in place for him to seek therapy or attend couples counseling with you, then don’t expect him not to cheat again anytime soon.

Asking these questions can give you a better understanding of your boyfriend’s motivations and feelings.

It can also help you decide whether or not you want to stay in the relationship.

Cheating can be a dealbreaker for many people, but it doesn’t have to be.

Ultimately, only you can decide whether or not to give your partner another chance.

But if you do decide to stay, remember that trust takes time to rebuild.

Be patient with yourself and your boyfriend as you both work on rebuilding your relationship. 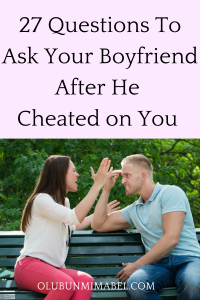