Are there signs your ex never cared about you?

Everyone has their own opinion on why they broke up, but the signs that someone never cared about you will be the same in most cases.

You were in a relationship, and things didn’t end well.

Now you wonder if your ex even cared about you in the first place.

Read up on these signs your ex never cared about you to help you put the pieces of the puzzle together.

15 Signs Your Ex Never Cared About You

1. You Weren’t A Priority 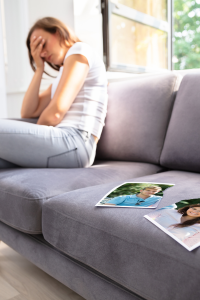 If your ex never made the time to be with you, they didn’t care that much.

All relationships require effort and energy; if they cared, they would have made it a priority to spend time with you.

They should’ve been there when you needed them most, but instead, they were too busy or unavailable.

If you felt like you were always making excuses for their absence in your life, likely, they never cared about you at all.

Caring about someone means putting in the effort to make time for them and showing up when they need support.

If your ex rarely did this for you and failed to prioritize your relationship over other commitments, they likely never truly cared about what was going on in your life.

2. They Never Listened To You

Listening is an act of respect, and it’s also an expression of care and interest in someone’s life.

When someone doesn’t listen, it may signify that they don’t care enough to give you their full attention.

It may also be a sign that they don’t care what you think or feel.

3 Major signs that your ex didn’t listen to you:

They interrupted when you were talking.

Their eyes wandered around during a story or a point of frustration.

When they forgot things that mattered to you.

If you felt you were never listened to or heard by your ex, they didn’t care about you. 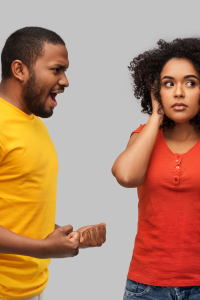 You’re familiar with the standard rounds of edits and revisions that come with any publishing process if you’re a writer.

You may have had to fix a typo or two in an email to your boss.

A teacher or professor might have pointed out where you could improve on an assignment.

If you were having trouble at work, your boss might have suggested ways to get up to speed and perform better.

However, none of these examples are done in a destructive manner or tone—they are meant to help guide you toward improvement while also showing they care about you as a person by taking an interest in your development, not just your output.

And this same sort of criticism tends to spill over into personal relationships, whether between friends or romantic partners.

If you remember your ex finding faults with everything you did, thereby making you doubt yourself, they never cared about you or your growth.

4. They Didn’t Care About The Little Things

I know it’s easy to idealize our past relationships and believe they were perfect.

But the truth is, if your ex never cared about the little things, it’s a sign they never really cared about you.

Sure, they may have bought you flowers or taken you out for dinner on your birthday, but what about the other 364 days of the year?

If they didn’t care about the little things that mattered to you, they sure never really cared about you at all.

They never remembered how you took your coffee, forgot your favorite color, and never bothered to ask about your day.

These may seem like small things, but they’re the things that matter most in life and a relationship.

You might not be able to tell if someone cares about you from their big gestures, but you can usually tell from the small ones.

5. They Never Asked About Your Family

They never showed any interest in the people who have been a part of your life since birth.

They never wanted to meet your parents or your siblings.

They never even asked how they were doing.

This is a sign that they never really cared about you because they didn’t care about the people who were important to you. 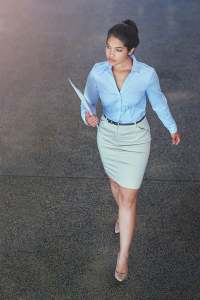 When a significant other is interested in what you want to achieve, they will make an effort to help you achieve it.

They’ll cheer you on when you need encouragement and show how proud they are of your successes.

If they were genuinely invested in your dreams, they would be there to celebrate with you when those dreams come true.

One of the signs your ex never cared about you is they weren’t interested in your dreams and goals.

They never asked you about your plans for the future or what you wanted to achieve.

They didn’t care about what made you happy or what motivated you especially if you cared about theirs.

Even if they did ask, they never really listened or showed any genuine interest.

They didn’t want to know because they didn’t care.

7. They Were Ashamed Of You In Public

They always cared about what other people thought and how you made them look.

They were never proud of you in public, always ashamed.

They would never introduce you to their friends or family, always making excuses why you couldn’t meet them.

They didn’t want anyone to know about you because they were embarrassed of you.

8. They Never Cared About Your Feelings

They never cared about your feelings.

They never asked how you were doing or what was going on in your life.

They never wanted to know what made you happy or sad.

They only cared about themselves and their own needs and desires.

9. They Constantly Lied To You 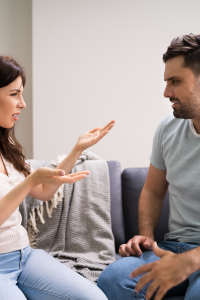 If your ex was constantly lying to you, it’s a sign they never really cared about you. T

If they could lie so easily about something so important, it’s clear that they didn’t value your relationship as much as they should have.

10. They Never Made An Effort

Another sign your ex never cared about you is they never made an effort.

They never put in any work to make the relationship better.

They never tried to improve communication or find common ground.

They were always focused on their own needs and wants and never considered your feelings or perspectives.

Even when things were tough, they never made an effort to work through the problems.

They just gave up and walked away because it was easier for them.

11. They Never Took Responsibility or Apologized For Their Mistakes

An ex who never cared about you never took responsibility or apologized for their mistakes.

They always shifted the blame onto you or someone else, or they simply flat-out denied that they did anything wrong.

They were never remorseful, and they never tried to make things right.

They were also quick to anger and had a hair-trigger temper.

They would yell and scream at you, or they would give you the silent treatment when they were upset

Someone who truly cared about you would never have treated you in this manner.

12. They Tried To Make You Feel Guilty Constantly 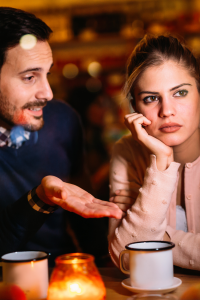 It might have been something obvious and manipulative like telling you that no one else would ever love you.

Or it might have been something more subtle, such as gaslighting your feelings by telling you that your efforts weren’t enough or that your concerns were unreasonable.

Actions like these are toxic, and a lover who cared about you wouldn’t be toxic.

13. They Were Too Jealous And Controlling

If you felt like you couldn’t be open about your feelings for fear of making your partner jealous, they probably didn’t care about yøou enough to trust you.

If your ex was always demanding to know where you were and who you were with, they likely didn’t care too much about how their controlling behavior made you feel.

If they demanded to know your phone and social media passwords so they could monitor what you did when they weren’t around, this also indicates that they didn’t respect or trust you as a person.

14. They Made Fun Of How Many Bad Things Happened To You

They would bring up your insecurities and laugh at you.

They would make comments about your weight, your acne, your hair.

They never missed an opportunity to point out what was wrong with you.

They wanted you to feel like you were never good enough for them.

And eventually, you started to believe it.

They only wanted to be with someone who made them look good and made them feel better about themselves. 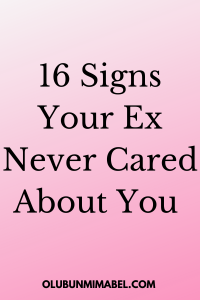 15. They Were All Talk But With No Actual Action To Back It Up

They said all the right things.

They told you that they missed you, that they wanted to work things out, that they would do anything to make it work.

But then, when it came time to actually take action, they never followed through.

They always had an excuse or they would simply disappear.

This is a clear sign that they never actually cared about you.

That is why when getting back together with an ex who has hurt you in this way before, expect that he or she won’t change and prepare yourself accordingly.

There is no perfect relationship.

Every person has their baggage and every relationship has its bumps and bruises.

However, if your relationship with your ex was mostly a series of red flags in hindsight, then it’s time to leave them in the past where they belong.

At the same time, you can’t just stop caring about someone overnight.

It’s normal to feel conflicted feelings towards an ex regardless of whether or not they cared about you.

If you’re having trouble getting over your ex, it may be time to seek professional help from a counselor or therapist who can help you move on with your life.

If your ex didn’t care about you, it’s time to move on.

You’re never going to feel good about yourself if you don’t believe that you deserve to be treated well.

It’s time for you to walk away from an ex who didn’t recognize your value.

A person who doesn’t respect and care about the other people in his or her life is not a person that’s worth dating.

If your ex can’t see how great and important you are, it’s time for them to go out of your life so that someone else can take their place! 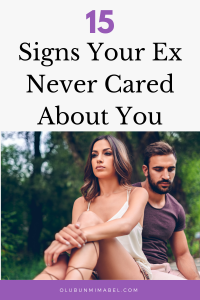