He’s the guy you know you shouldn’t fall for, but you just can’t help it.

He’s got that Bicycle Boys swagger and those sullen, soulful eyes.

But how can you tell if he likes you or is just leading you on?

What are the signs a bad boy is in love with you?

It’s a dangerous game, falling for a bad boy.

They draw you in with their “I don’t give a damn” attitude, but there’s often more to it than that.

An average bad boy is not looking for a relationship because he can’t handle being tied down to someone else.

But it doesn’t mean a bad boy cannot fall in love.

So here are signs a bad boy is in love with you:

16 Signs a Bad Boy is in Love With You

1. He calls when he says he will (most of the time)

Bad boys don’t have a reputation for being reliable or trustworthy, but if he’s calling when he says he will, he has feelings for you.

If a bad boy is really into you, he’ll do his best to keep his promises.

But if he regularly blows off plans or neglects your calls and texts, it’s a sign that he doesn’t care about you.

You are just one of his many conquests.

A bad boy doesn’t particularly respect women, especially those who are easy to get, so if he’s interested in you, it will be clear from how he treats you.

He won’t flirt with other women or treat them with disrespect because it makes him look cheap and disrespectful to you.

If a guy can’t respect other women around you, how could you ever expect him to respect you?

3. He makes an effort to spend time with you 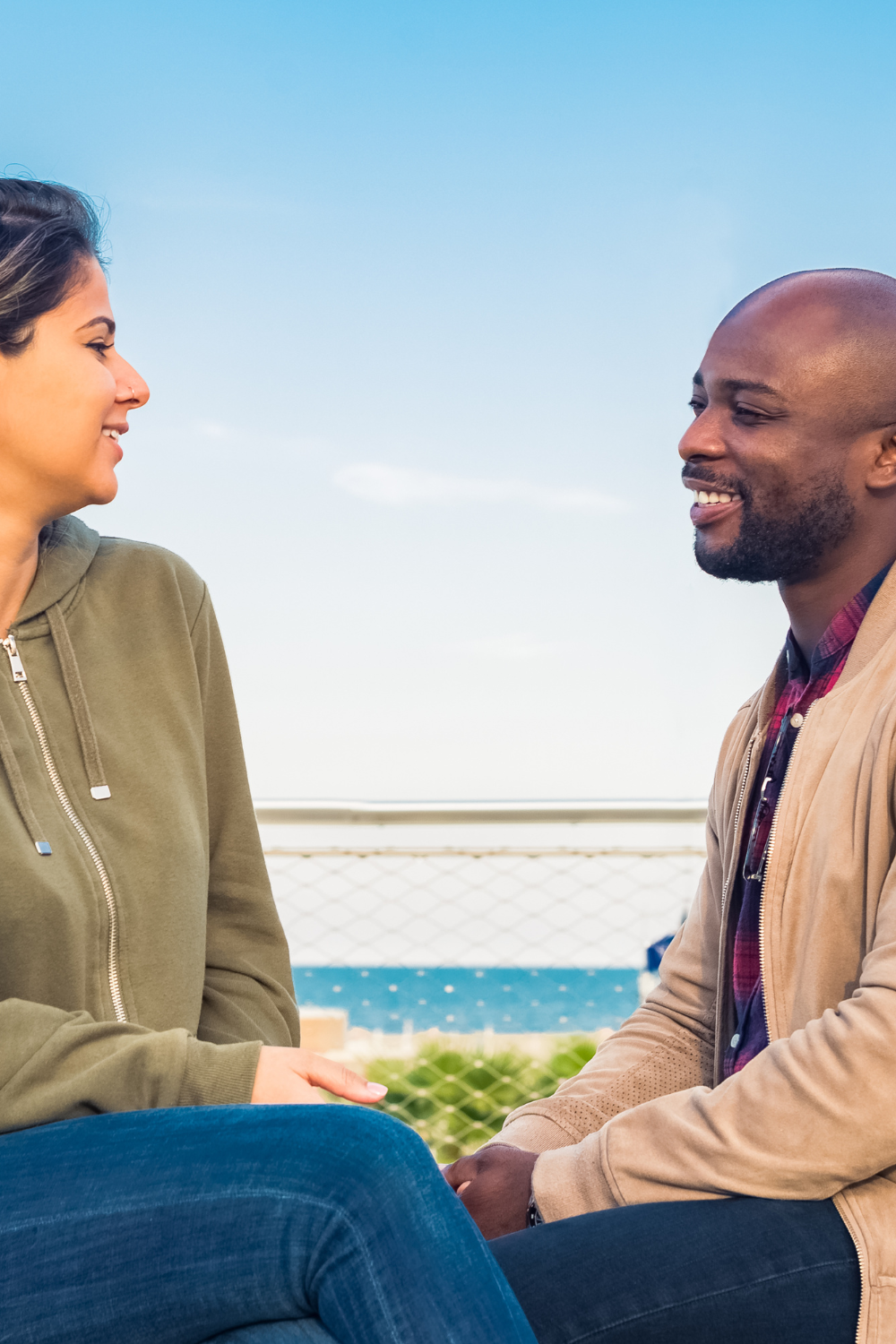 When you love someone, you want to spend time with them.

The same thing is true with a bad boy.

A bad boy is often busy with his hobbies or commitments, but if he’s in love with you, he’ll find time for you.

He won’t care if that means skipping out on other plans or rearranging his schedule.

He wants to be with you because he wants to.

He’s not being polite.

4. He listens to you when you talk

When a guy loves you, he wants to know everything about you—even your deepest darkest secrets.

A bad boy is typically more interested in talking about himself than listening to others and will only listen if there’s something in it for him.

Also, bad boys tend to be very opinionated and outspoken when they want something.

But if a bad boy loves you, he will care about your feelings and thoughts and listen intently without passing judgment or interrupting too often.

He might even drop his phone to listen to you.

5. He opens up to you about himself 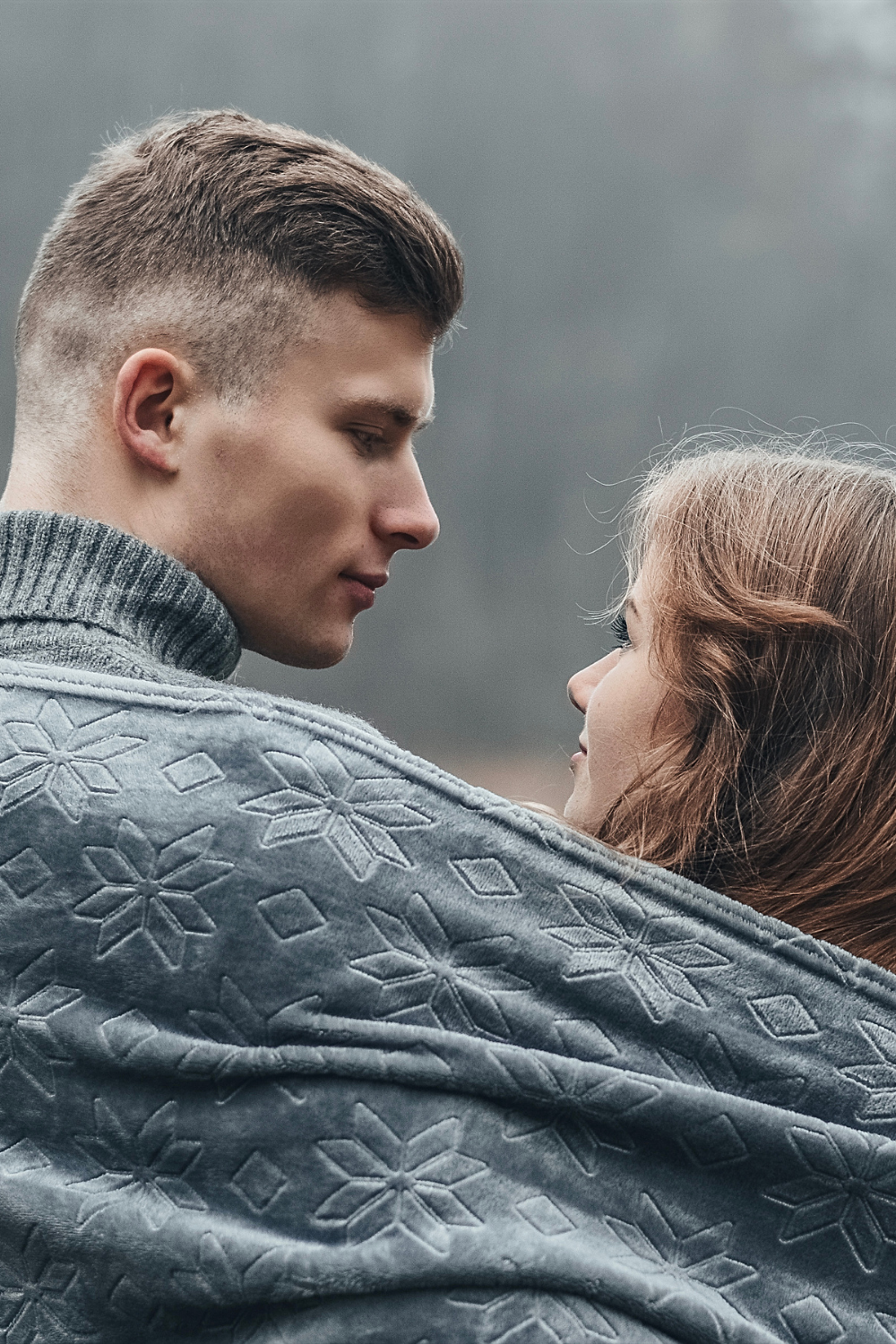 Men do not have a reputation for opening up.

So also, a bad boy is often guarded and unwilling to share anything too personal.

He doesn’t want anyone else to know about his past and keeps it.

But if a bad boy loves you, he’ll start opening up to you about himself because he trusts you.

He sees you as someone important in his life who deserves to know everything about him.

He might not share everything right away, but he’ll gradually let down his walls and allow you to see the real him.

6. He shows affection in public

A bad boy is known for being outgoing and outspoken.

So if he has genuine feelings for you, he wants everyone to know it — especially when you’re out together in public.

He might hold hands while walking down the street or put his arm around you during dinner at a restaurant.

He just wants everyone to know that this woman is special to him and that she’s someone worth showing off.

7. He introduces you to his friends and family

A bad boy doesn’t typically introduce the women in his life to his inner circle because he might have a reputation for being a player.

But if he loves you, he won’t be able to help himself.

He’ll want everyone important in his life to meet the special woman who has stolen his heart.

A bad boy is often possessive and controlling, but if he truly cares for you, his protectiveness will come from a place of love rather than jealousy or insecurity.

Bad boys don’t usually care about other people’s feelings very much, but when it comes down to someone they like, they’ll do anything in their power to ensure nothing bad happens to them.

They might even put themselves in danger to protect their loved ones from any harm that may come their way.

So a bad boy in love will want to ensure that no one takes advantage of or hurts the woman he loves.

9. He has stopped drinking and partying so much 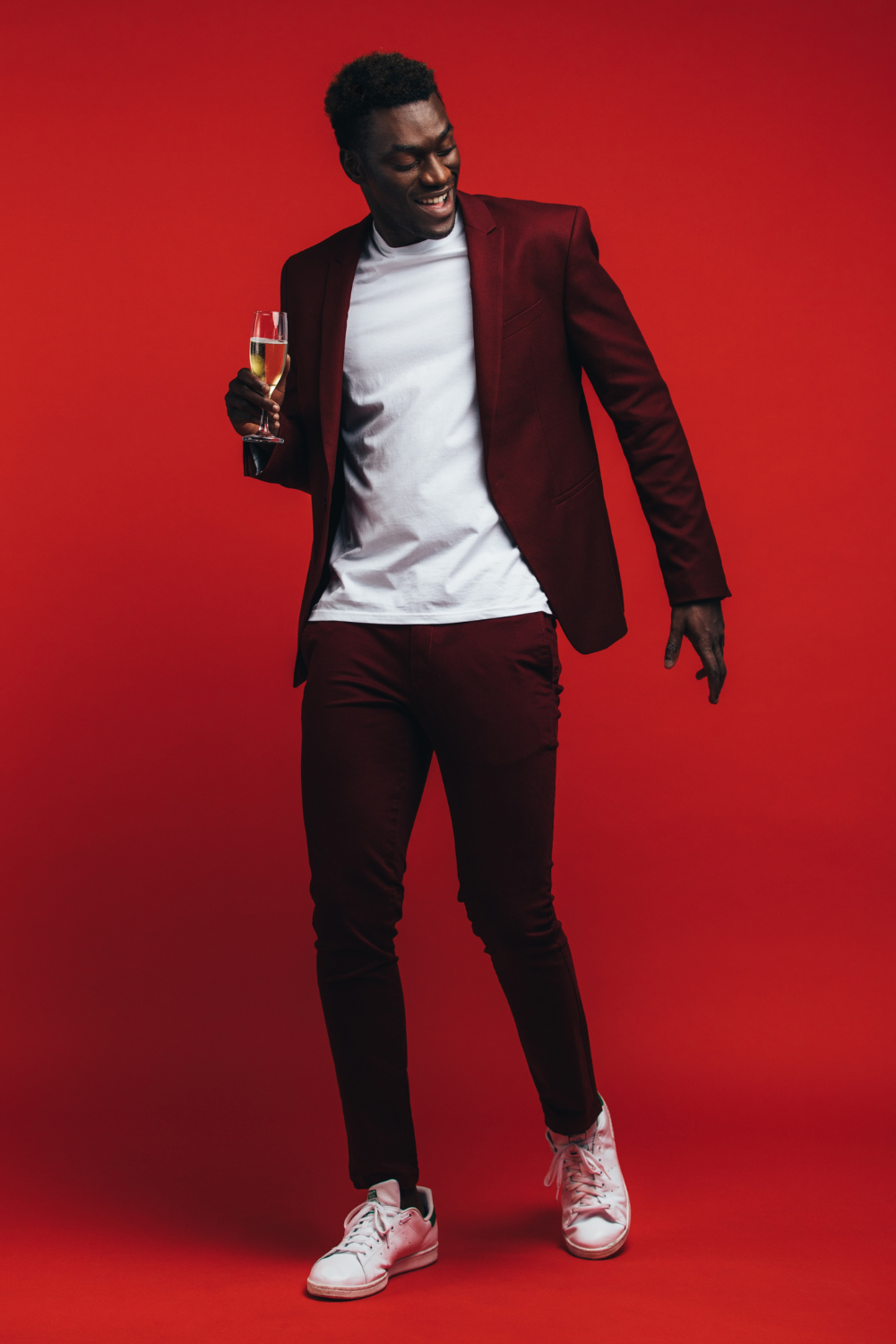 A bad boy will always have a reputation to uphold, so he’s not going to stop doing all the things that make him look cool.

But if he loves you, he’ll be willing to do whatever it takes to make you happy—even if that means giving up the thing he loves most: drinking and partying.

He’s trying to change his bad-boy ways to show you how much you mean to him.

This doesn’t mean he will change completely overnight.

A true bad boy will always have some level of drinking and partying in his life (or else why would he be considered “bad”), but if you notice a marked change in his behavior toward those things since dating you, he wants to impress you and make himself worthy of you.

10. He can’t stop talking about you

Bad boys don’t talk about their feelings, but this doesn’t mean they don’t have them.

So if he’s constantly telling his friends and family how much he loves you, he likely does.

He might not be the best at showing his emotions, but if he talks about you too much, that means something.

11. He takes you seriously

A bad boy is not the kind of guy who takes anyone seriously.

He’s the kind of guy who does what he wants, when he wants, and doesn’t care about anyone’s feelings on the matter.

A bad boy will never take someone seriously unless they’re totally in love with them.

If he does, it means you are dear to him.

13. He supports your dreams and ambitions

Many guys claim they want a strong, independent woman until she strives for something more than just being arm candy.

A man truly in love with you will support your dreams and ambitions.

So also, if a bad boy is in love with you, he’ll want to see you succeed.

He’ll be the first person in line to cheer you on when you launch your new career or pick up a new hobby.

He is not afraid to encourage you to go after what you want in life, and he will not be jealous when you do.

He knows that your success is his success and vice versa.

Also, he wants you to be happy and knows following your dreams is a sure path to that.

I always tell women never to settle for a man who doesn’t support their dreams.

I mean, what is he doing in your life if he’s not your biggest cheerleader? 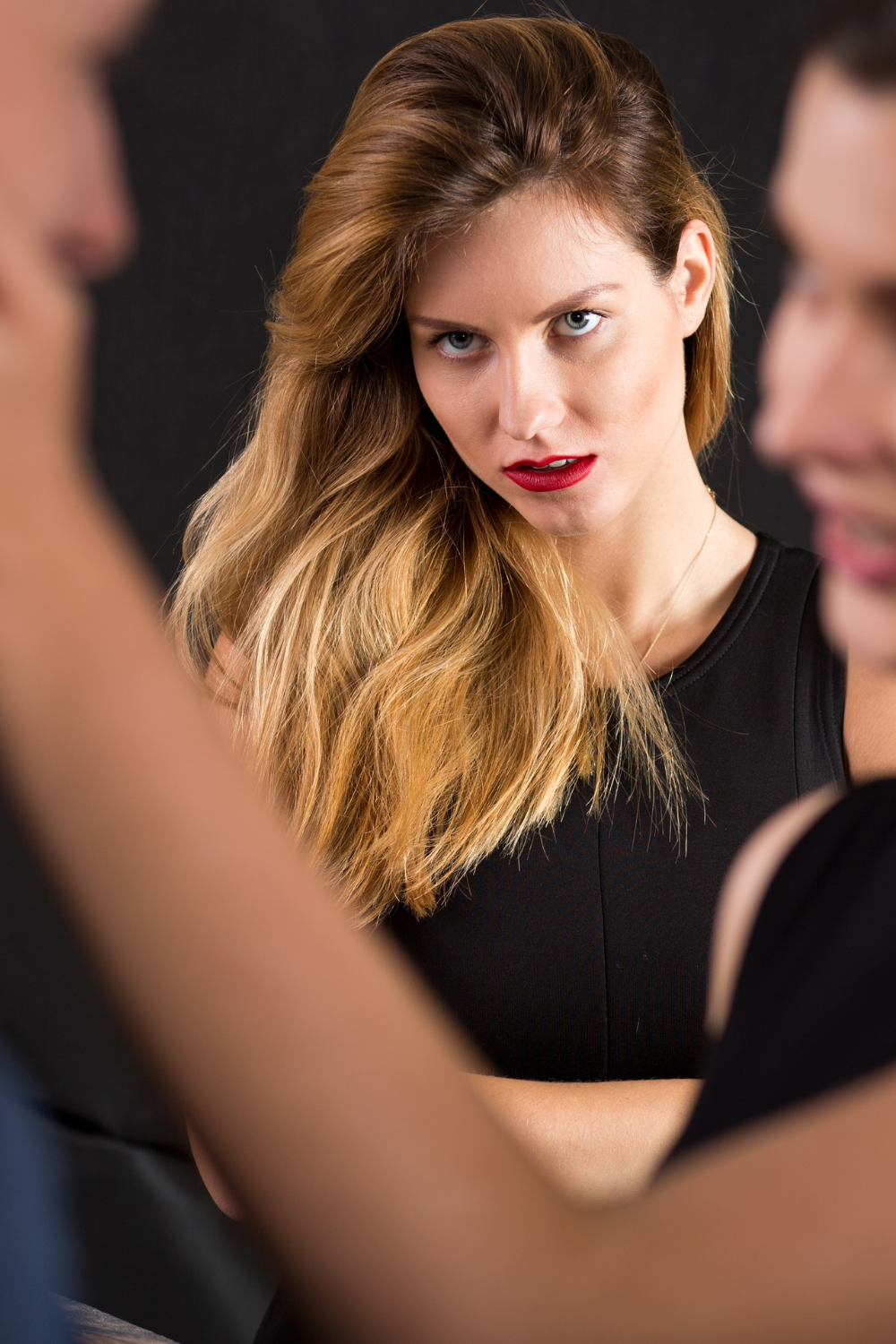 Bad boys are, by nature, more likely to cheat on you.

They tend to have a lot of sex and relationships, so they’re not invested in your feelings or happiness.

But if a bad boy is falling for you, he’ll be less likely to stray from the path of monogamy because he doesn’t want to lose you or ruin what you have. 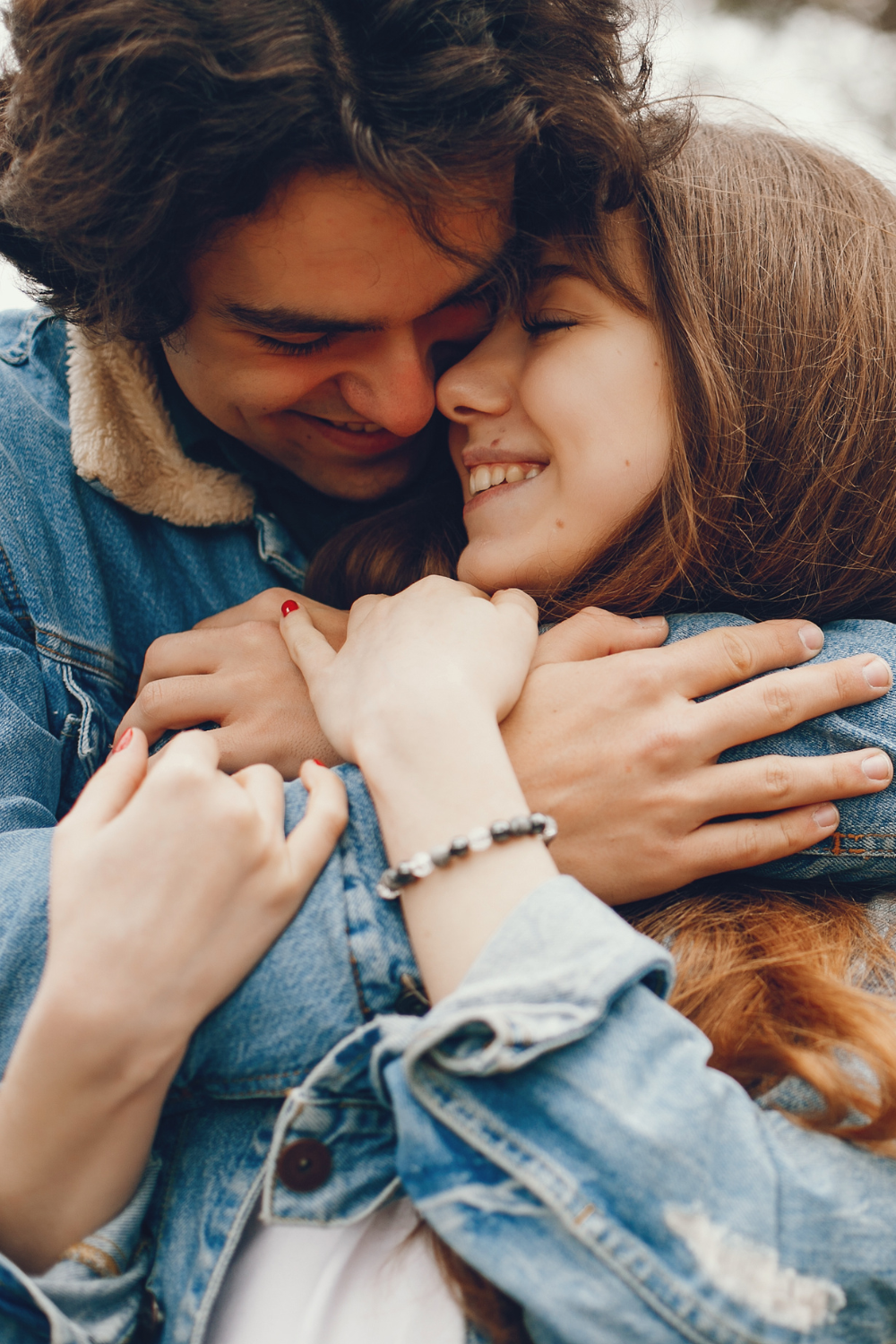 A bad boy will always look like he’s got it together, but when he’s around you, he might be more emotional than usual.

This is because when we’re in love, our brains release chemicals that make us feel less inhibited and more emotionally open.

This means you might see a side of him that you never knew was there.

This one might seem obvious, but it’s worth mentioning.

If he’s in love with you, he’ll tell you.

He may not be the most articulate guy in the world—but he’ll get it across.

So, if he tells you he loves you, it means he’s trying to be honest with himself and you about his feelings.

So what do you do if a bad boy is in love with you?

It’s scary giving a bad boy a chance, but you need to listen to your guts.

If your instincts tell you he’s trouble, don’t lead him on because you enjoy the attention you are getting from him.

But if you like trouble and want to give him a chance, you should stay guarded.

You don’t want to be hurt and heartbroken or learn the ways of a bad boy.

Because no matter what, one will influence the other.

Who will it be? 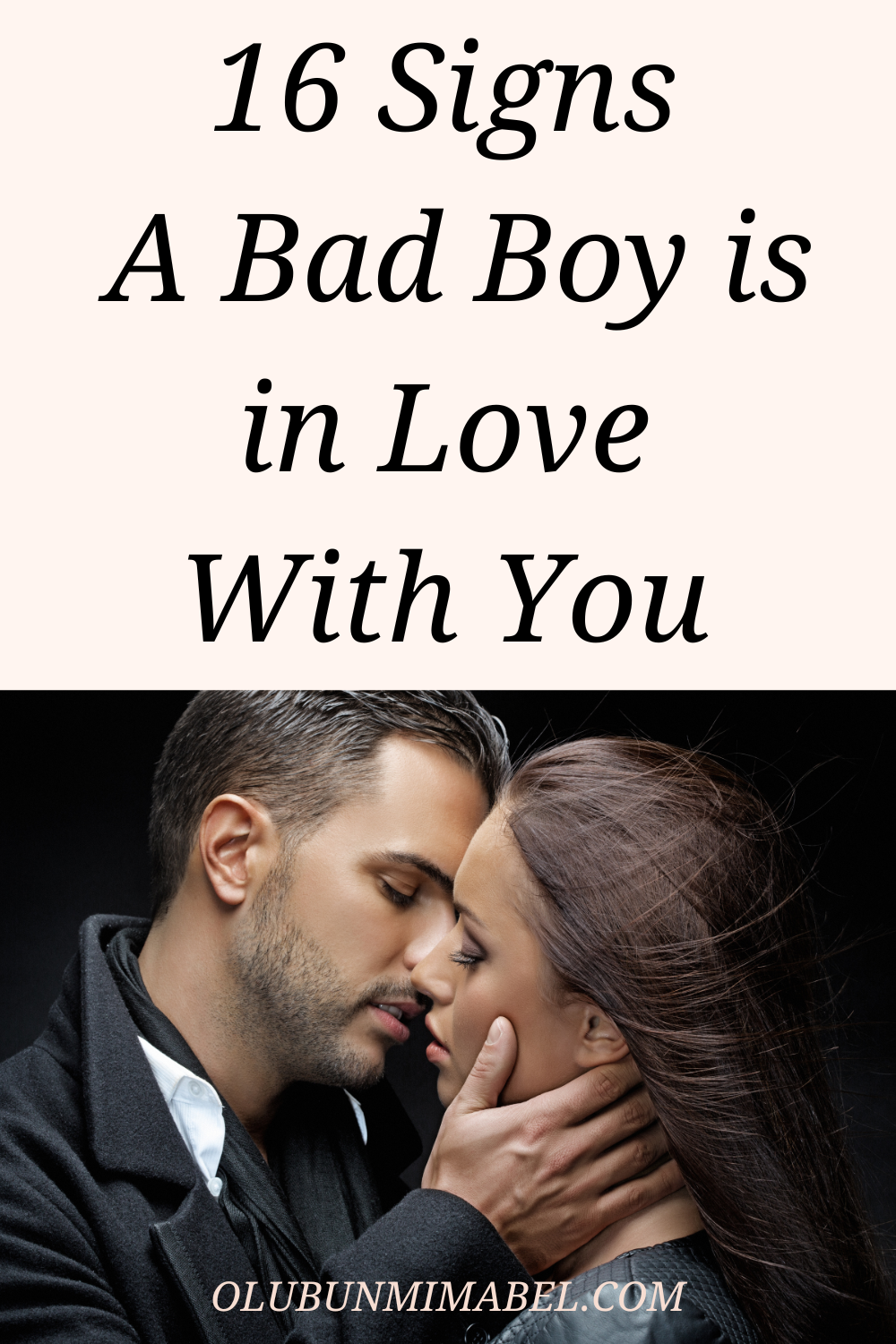