A player is a person who is skilled at manipulating people.

He may be using you for his own personal gain, and may not have any intention of committing to you as a partner.

If you think that the man you’re dating might be married, here are some signs of a married player to look for which will help you know if he’s already taken:

20 Warning Signs of a Married Player

1. His phone is off-limits or password-protected 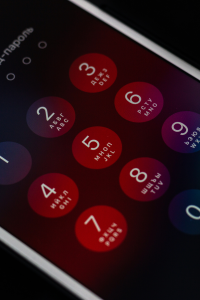 In an age where we are glued to our mobile devices, if someone can’t show you who they are speaking to on a phone call, there’s a reason.

If his phone has a passcode and you’re not allowed in, it could be because he doesn’t want you to see any text messages from his wife or another lover.

In fact, he never leaves his phone with you.

He might also take phone calls in another room, turn off his phone, or keep it on silent whenever he is with you.

He might give you the excuse of wanting to fully concentrate on you without distractions.

2. You never really get to see where he lives

A lot of married men who cheat don’t want their wives to know what they’re up to, so they might keep you away from the house.

So if you’ve been dating a guy and you don’t know where he lives but he comes to your place regularly, be careful, he might be a married player.

If the excuses he gives for not inviting you to his place aren’t convincing enough, it’s one of the signs of a married player.

3. He never answers at home or seems to be in a hurry to get off the phone

If your man is a married player, he will never answer your phone calls at home or he’d always be in a hurry to get off the phone.

You’ll notice that he always says that he’ll have to call you back because he’s in a meeting or busy and cannot take a phone call.

And even if he answers at home, you hear murmuring in the background and he’ll cover the receiver by saying things like, “It’s work”, ”It’s the TV” or “It’s my mother.”

4. He won’t talk about himself

He’s careful to never reveal anything personal, such as where he lives, where he works, or his marital status.

He might even seem uncomfortable when you ask him questions about his day-to-day life.

He may be vague about what kind of business he’s in and hedges about how much money he makes.

He may also avoid talking about his family.

If you don’t know about him the things you think a girlfriend should know about her man, you might be dating a married player.

5. You find yourself always paying for spending time together 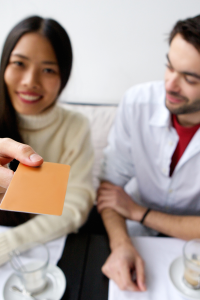 Whenever you go out or wherever you spend time together, he gives excuses about not wanting to use his card, so you end up paying.

This could be a sign that he’s keeping his finances separate from his spouse or he’s simply using you for money.

It’s easier to track a partner’s cheating lifestyle if there are expenses that cannot be explained or justified.

6. He has no social media accounts or only has one or two photos on Facebook and/or Instagram

This is a huge red flag.

Every millennial with a smartphone and an internet connection has at least two social media accounts, if not more.

It’s very odd for someone not to have any social media accounts at all or just have one or two photos of himself only on social media.

While some people like to keep their life private and away from social media, if his social media pages are private, and he won’t let you be a friend, something is fishy.

7. He’s always ‘busy’ on the weekends

If your guy is frequently unavailable on Friday and Saturday nights, it’s likely that he’s spending time with his wife and kids.

If you ask him about his weekend, he will say he was with friends, playing golf, or having a beer at the bar.

He won’t mention his wife and kids, because he doesn’t want to let you know that they exist.

Weekends are times for lovers to catch up and spend quality time together but if yours always has something he’s busy with every weekend, your guy is a married player. 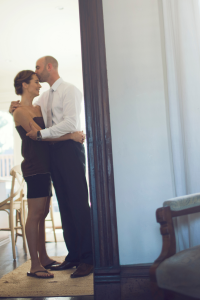 If he doesn’t want to be seen with you in public and your meeting places are your place or other private venues, he is hiding his relationship with you from others.

He does this because he can’t run the risk of being caught by others, especially his wife.

He might also take you to the same places over and over again.

These are places he is sure his wife wouldn’t show up unexpectedly.

9. He won’t take pictures with you

He avoids being photographed with you.

In fact, if he has a camera in hand, he’ll never let anyone else take a picture of the two of you together — not even from afar or from behind.

If people see him taking pictures of himself alone, that’s fine by him.

But if anyone wants to snap a photo of him and his girlfriend, he thinks that’s weird and refuses to do it.

He might also regularly posts photos of himself alone or with other people but never includes photos of the two of you together.

10. He refuses to talk about your future together

If he dodges the subject every time you bring it up or gives vague answers, it could be because he doesn’t want to make any plans.

He could be actively trying to avoid making future plans with you so that he won’t have to commit to anything and end up hurting you more when he inevitably leaves (or gets caught).

11. He disappears for days or weeks at a time, then acts like it was no big deal

When you’re dating someone who is in a relationship with someone else, it’s important to know exactly what’s going on.

But if your guy disappears for days at a time, then acts like it was no big deal when he comes back around, he’s probably busy with the demands of married life.

12. He doesn’t introduce you to family and friends 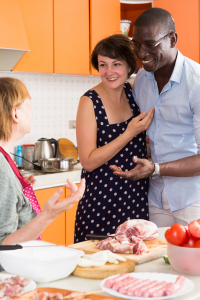 If he’s been seeing you for several months but still hasn’t introduced you to any of his friends or family members, this could be an indication that something isn’t right.

If he was single and interested in dating you seriously, he would have brought you around them already.

By keeping you from meeting them, it makes it easier for him to hide the fact that he’s married.

And of course, he never invites you to any family events.

If your guy isn’t willing to put a label on your relationship, that’s because he doesn’t want to commit.

A lack of commitment is another tell-tale sign that he may be married.

14. He seems nervous and comfortable if he meets someone who recognizes him when with you

A clear conscience fears no accusation.

If he seems uneasy when he meets someone who knows him while with you, he definitely has something to hide.

15. He only calls you at certain times of the day

You might have noticed that he only calls you after a certain time of the day or only on certain days.

If he’s not calling you at your leisure, then it’s obvious that he has an excuse for when to talk to you and when not to talk to you.

He might be too busy for you or has his hands full at home.

There is always an excuse.

He has to work late, he has to travel for business, he can’t see you during the week but the weekends are great.

Married men can’t see you at any time because their wife is around and it’s difficult to get away.

17. He only wants sex from you 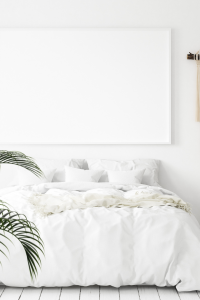 A lot of men love s*x and will pretty much do anything for it.

But when a married man falls in love with another woman, he will be more interested in talking than s*x.

However, if your man only wants s*x and doesn’t want to spend any time with you outside of the bedroom, it’s pretty obvious that his interests lie elsewhere.

Is he wearing a ring?

Does he have a tan line on his ring finger?

Either one of these could indicate that he’s married and just took off his ring for whatever reason.

If there are many inconsistencies in his words, he surely has something is hiding from you.

To live a double life, a person needs to have many lies in their arsenal.

20. You feel there’s something off about him (gut feelings)

If your gut tells you that something is wrong and it won’t go away, chances are he’s a married man who is playing you.

If you suspect your guy is a married player, don’t be afraid to ask him about it.

A player is a guy who plays you, like a fiddle.

And he’s so good at it, you don’t even know you’re being played until it’s too late.

He can be a really great guy and make you feel special.

If he denies it when you confront him, tell him to stop lying and let him go before your heart gets broken any further. 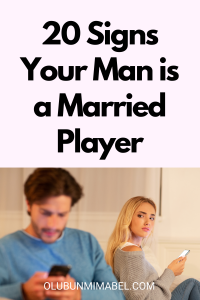