You may not be looking for a husband, but it seems like married men are attracted to you like a moth to a flame.

You may be comfortable with your single status, but that doesn’t mean you’re immune to the charms of a committed man.

There are a few reasons you may be approached by married men more often than single guys.

Why Do I Attract Married Men? 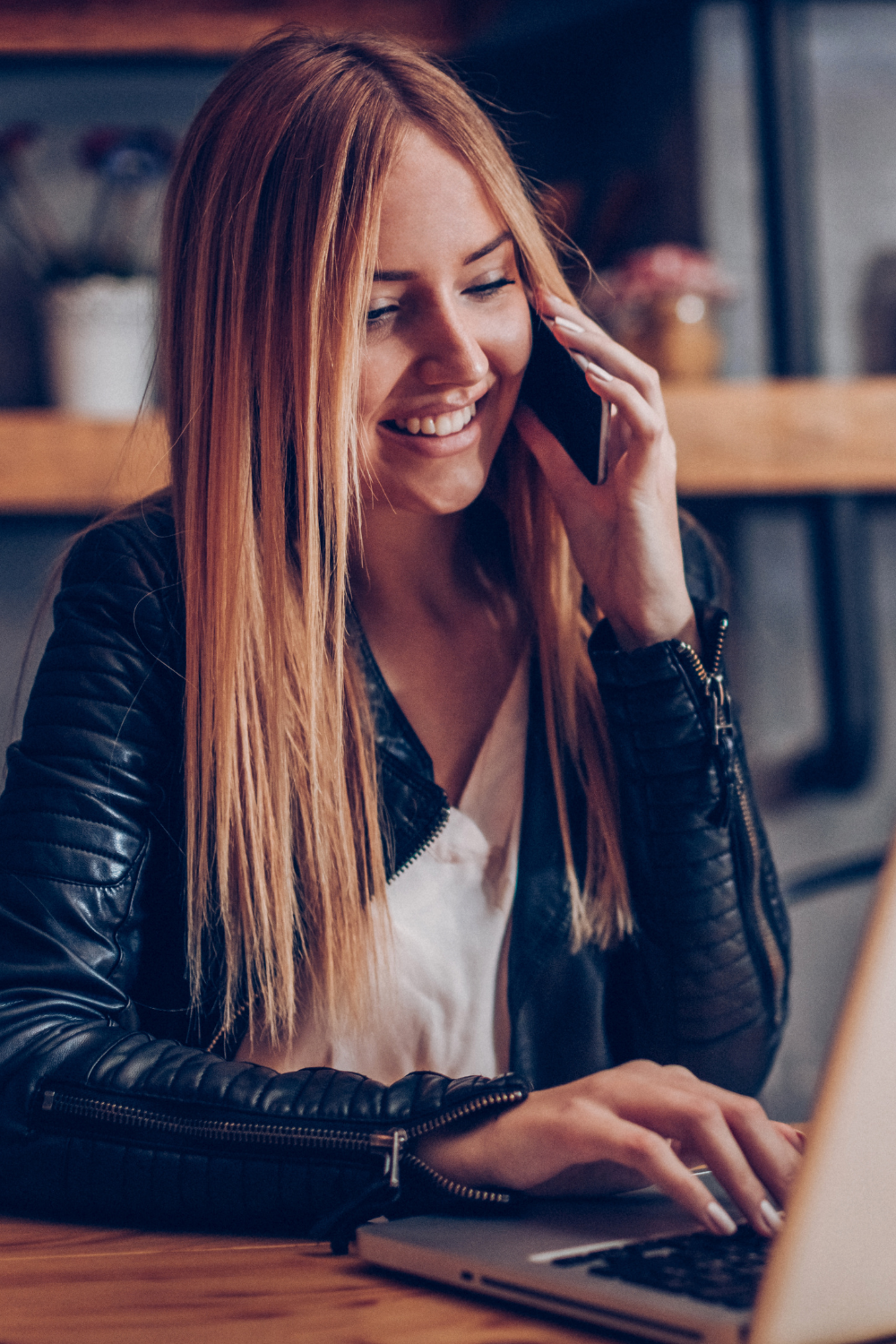 The truth is, you attract married men because you’re a high-value woman.

You’re confident, beautiful, and independent; you don’t need to be with a man to feel validated or complete.

You probably have a career, money (or the potential for it), and a solid support system of friends and family who love you.

You may not need a man to make you happy, but that doesn’t mean you don’t want one.

Married men are attracted to women who have a life.

They want someone who will challenge them intellectually and emotionally; someone who can keep up with their busy schedules; and who is independent and confident.

In short, they want someone who is everything their wife probably is not and more. 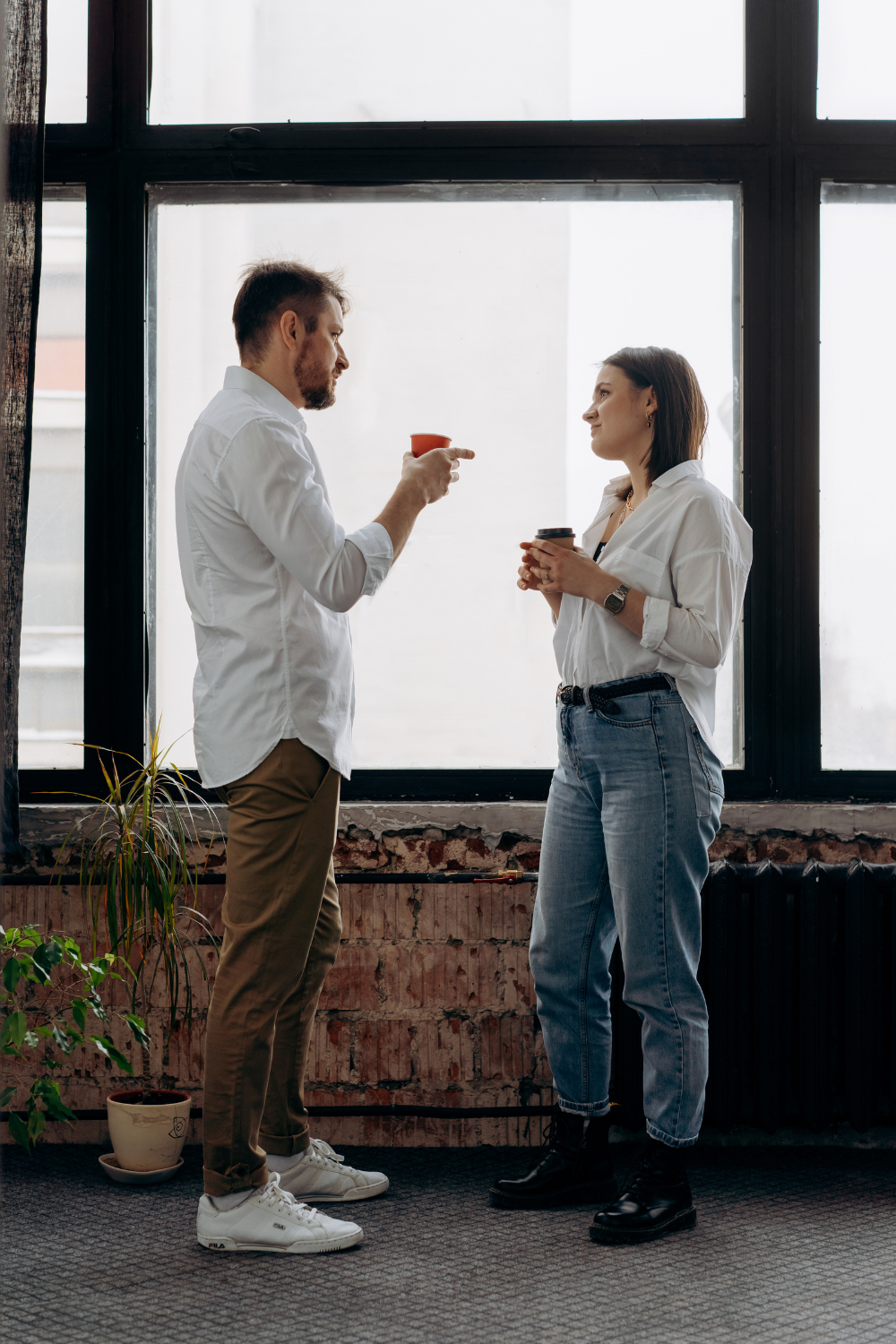 There’s something about you that just seems wise beyond your years.

Whatever it is, married men can’t help but be drawn to your old soul.

You have maturity and wisdom that belies your age, and married men find that incredibly attractive.

They want someone who is grounded and level-headed and can be a calming influence in their sometimes chaotic lives.

Your old soul is a breath of fresh air for married men, and they can’t help but be attracted to you because of it. 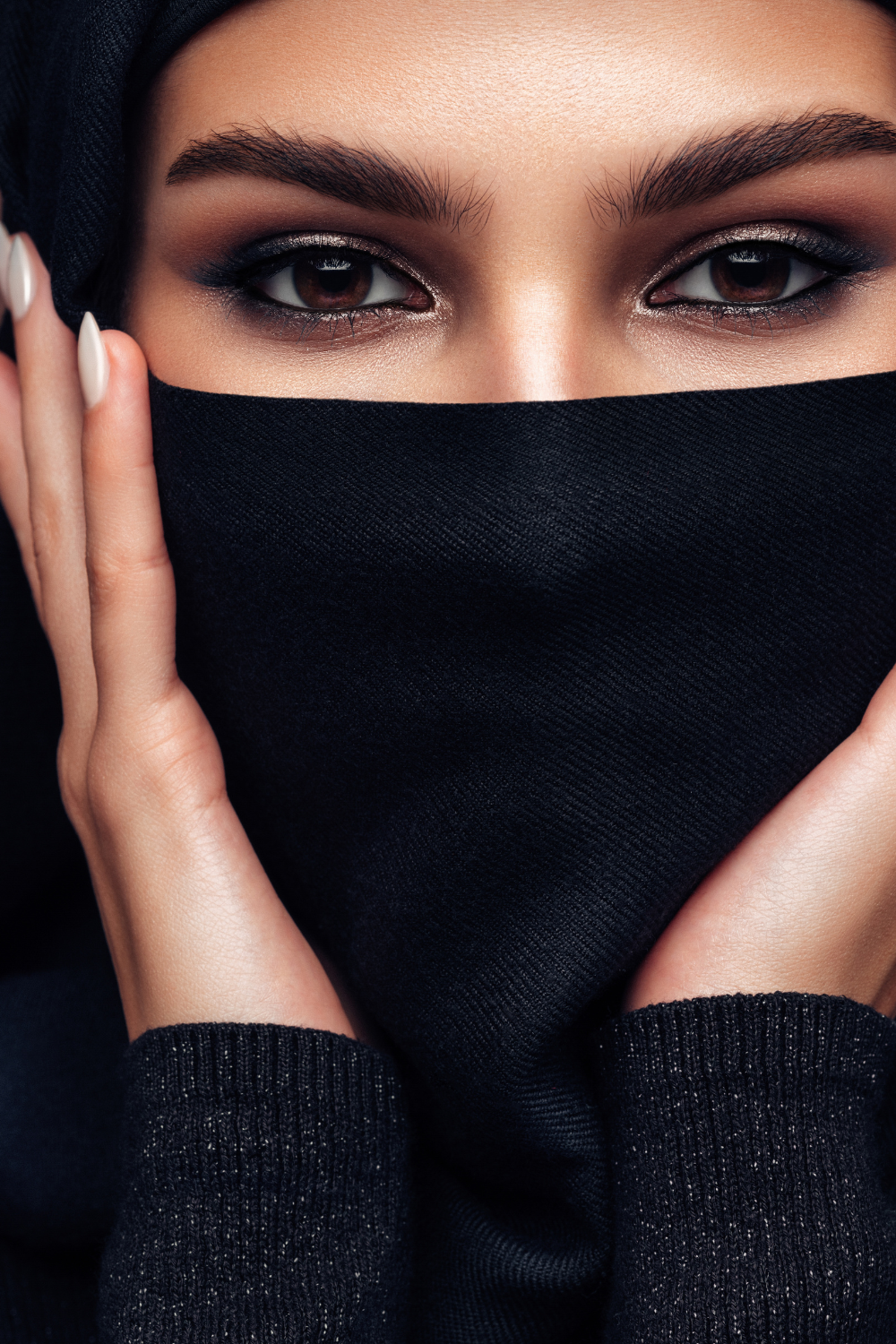 There’s an air of mystery about you that just begs to be explored.

You’re the kind of woman who isn’t afraid to be a little different; you march to the beat of your drum.

This mystery is incredibly attractive to married men.

They want to know more about you; they want to uncover all of your secrets.

To them, you’re an enigma, and they can’t help but be drawn to you because of it.

4. You’re Not Looking for Anything Serious

Married men often look for a little bit of fun on the side, someone to take their mind off their mundane day-to-day lives.

And you, my friend, fit the bill perfectly.

You’re not looking for anything serious; you’re just looking to have a good time.

And married men find that attractive.

They want someone who is carefree and fun-loving, who isn’t going to put any demands on them or their time.

They want someone who is the polar opposite of their wife.

And that’s exactly what you are. 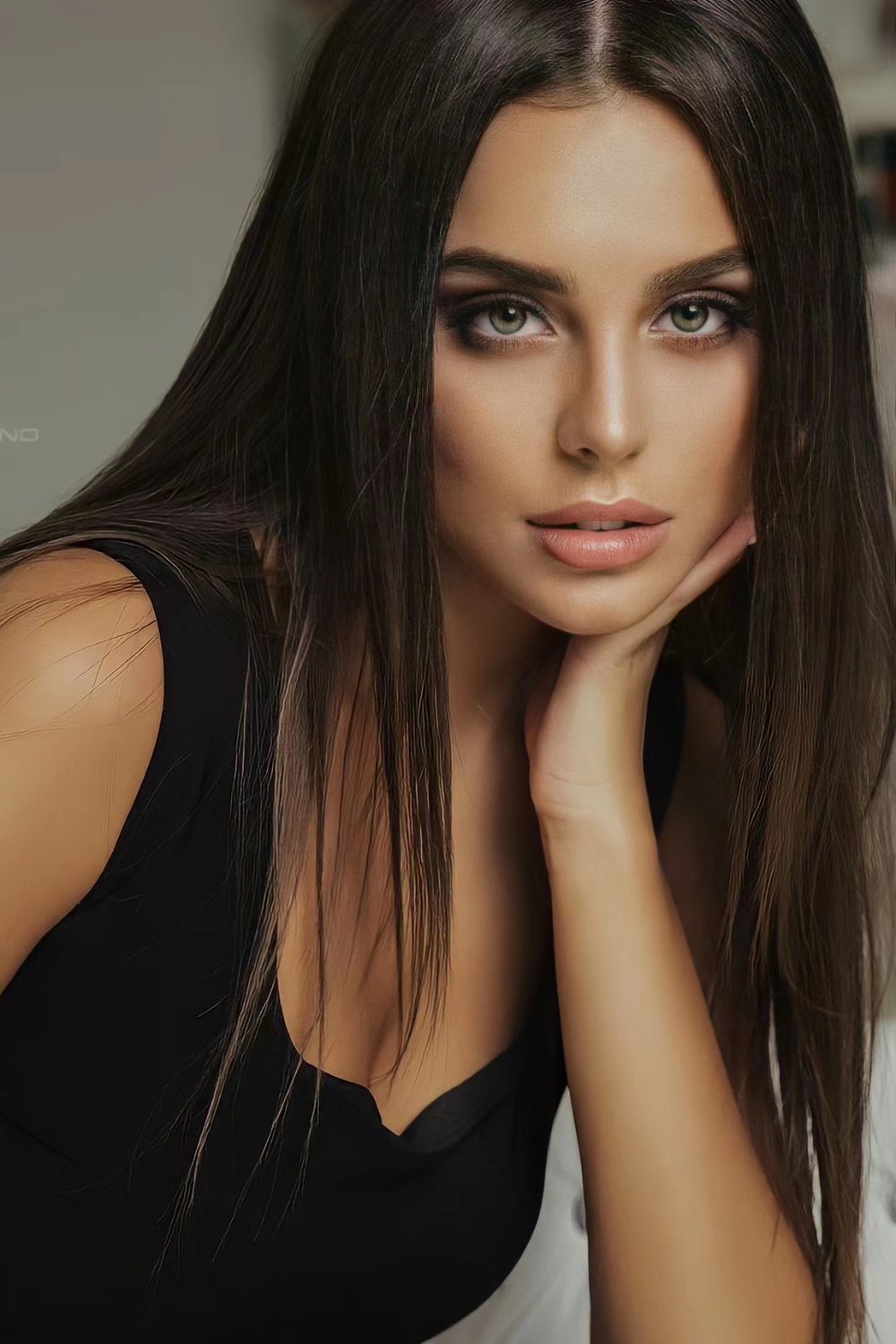 You have an incredible body, a beautiful face, and a killer smile.

Married men can’t help but be attracted to you because of your physical appearance.

Your looks are just the icing on the cake, though.

They’re also attracted to you because of your confidence, independence, and mystery.

In short, you’re the complete package, and married men can’t help but be attracted to you because of it.

6. Your Interests Are stereotypically “male” 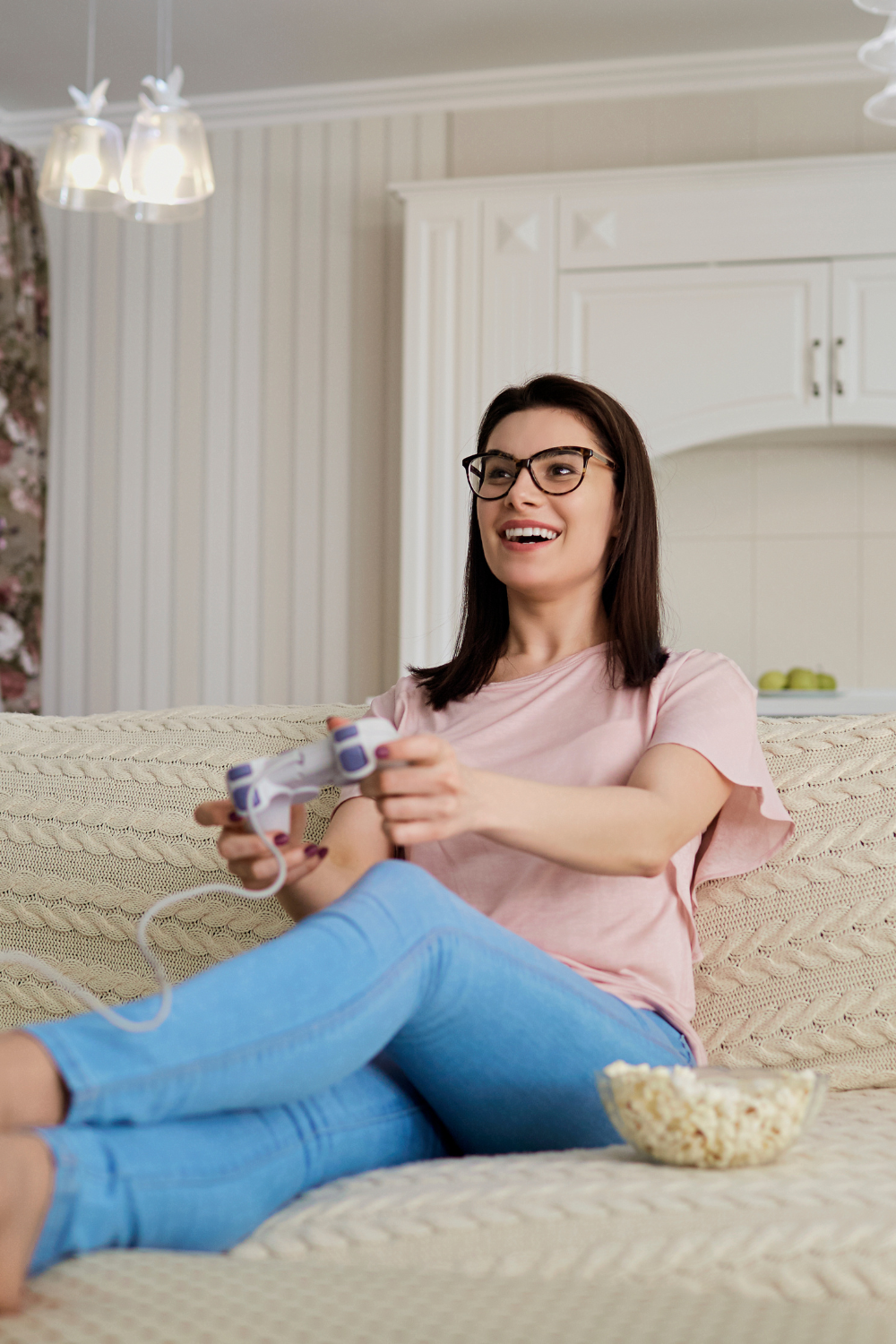 If you’re a woman who enjoys activities typically seen as being “for men,” e.g., cars, sports, video games, etc., you may have noticed that you tend to attract married men.

And while this might not be the type of relationship you’re looking for, it’s important to understand why this pattern exists.

Often, married men are drawn to women whose interests are stereotypically “male” because they provide a sense of excitement and adventure that their marriages may be lacking.

They want someone who can connect with them on a more “male” level, someone who understands and shares their interests.

In addition, these men may feel more comfortable expressing their true selves with someone who isn’t judgmental or critical of their masculine interests.

So, if you find yourself regularly attracting married men, it may be because you provide them with an outlet to explore a side of themselves that they can’t express in their marriage.

You may not realize it, but you may be attracted to married men because you’re afraid of commitment.

It’s easy to fall for a married man; he’s usually handsome and charming, and there’s an element of danger involved.

You know he’s off-limits, so you can’t get hurt.

Plus, you don’t have to worry about him wanting a serious relationship; he’s already taken care of that.

But the truth is, you’re attracted to married men because you’re afraid of commitment.

You’re afraid of getting your heart broken, so you’d rather date someone who can’t commit to you.

But by doing this, you’re only setting yourself up for more heartache in the long run.

To find lasting love, you must be open to commitment and willingness to take risks.

8. You Enjoy Being The Other Woman 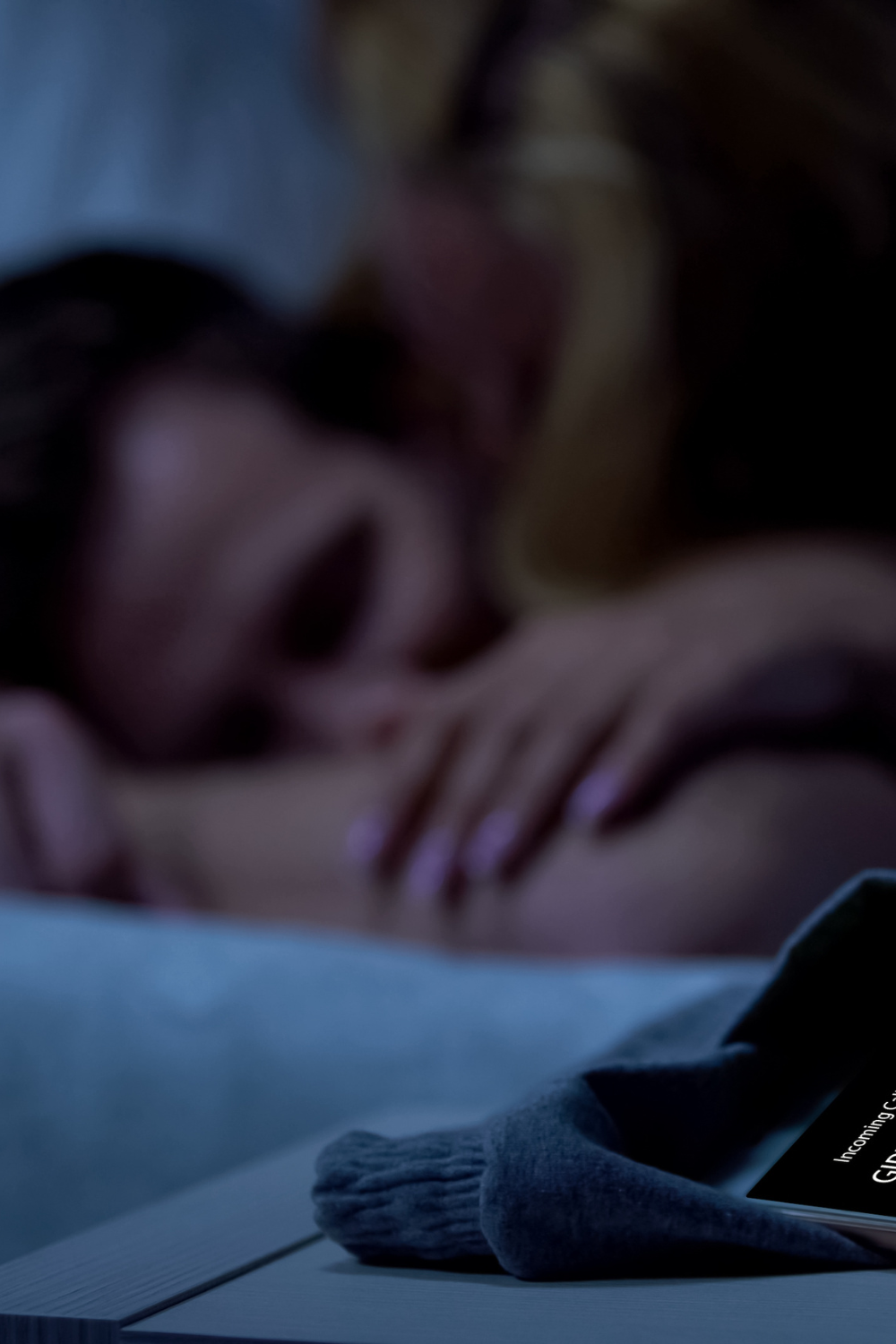 There’s something about being the other woman that just appeals to you.

Maybe it’s the thrill of the forbidden, or maybe it’s the fact that you get to have all the fun without any of the strings attached.

You love the feeling of being wanted by someone who is already taken.

You love the excitement and adventure that comes with being the other woman.

You know that you are not looking for a relationship, but you can’t help but be drawn to the challenge of winning over a man already spoken for.

You are confident and self-assured and know how to play the game.

You are the perfect woman for a married man looking for a little excitement on the side.

9. You Lack Boundaries With Men in General

You might not even be aware of it, but if you lack boundaries with men, you’re probably attracting married men.

You’re not intentionally going after them, but your lack of boundaries makes you seem like an easy target.

And since married men are typically looking for something outside of their marriage, they’re more likely to be drawn to someone who seems like they’ll be easy to get into bed.

If you want to change this pattern, it’s important to start setting some boundaries with men.

That doesn’t mean being cold or distant, but it does mean making it clear that you’re not just a sexual object.

You’re a human being with your own needs and desires, and you deserve to be respected as such.

When you start setting these boundaries, you’ll find that the quality of men you attract will improve.

You might not end up married immediately, but at least you won’t be attracting any more married men.

10. You Are Surrounded By Married Men

You’re probably surrounded by them at work, home, or church.

You may also have married friends, which means you spend more time with their husbands than with eligible bachelors.

So it’s not surprising that you find yourself attracted to men who are already taken because they surround you.

The challenge now is to find a way to resist their advances and stay true to your relationship status.

If you hate attracting married men, you can try to avoid being around them as much as possible.

If that’s not possible, then you need to find a way to build up your resistance.

Spend more time with your single friends, and make an effort to meet new people.

The more you socialize with eligible bachelors, the less attractive married men will become. 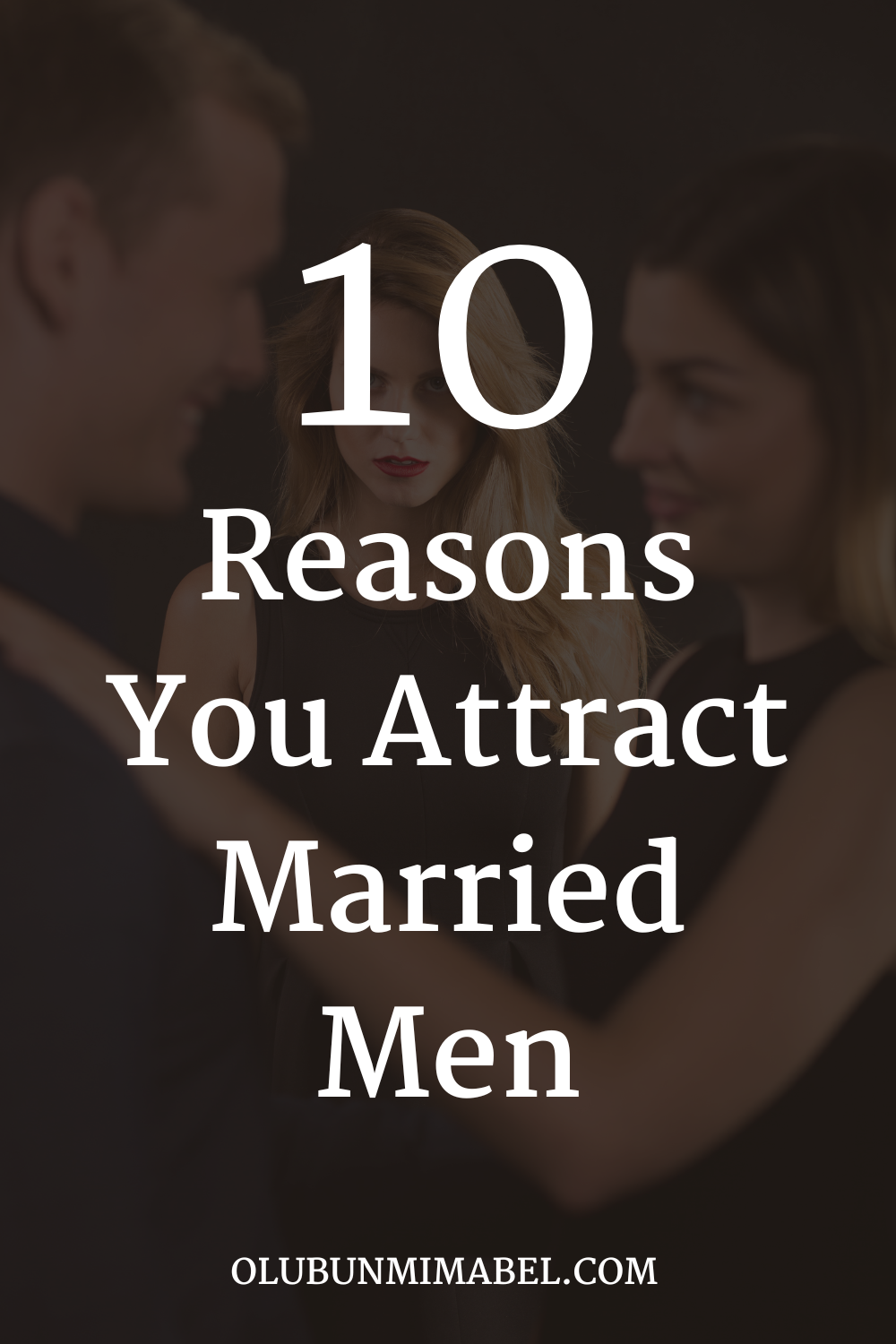