So you’ve been seeing a guy for a while but haven’t made things official yet.

Maybe you’ve just been friends, or you’ve been doing couple things together, but you are not sure if he sees you as girlfriend material.

So, how do you know if a guy sees you as girlfriend material, not a hookup or casual material?

Below are the signs he sees you as girlfriend material:

18 Signs He Sees You As Girlfriend Material 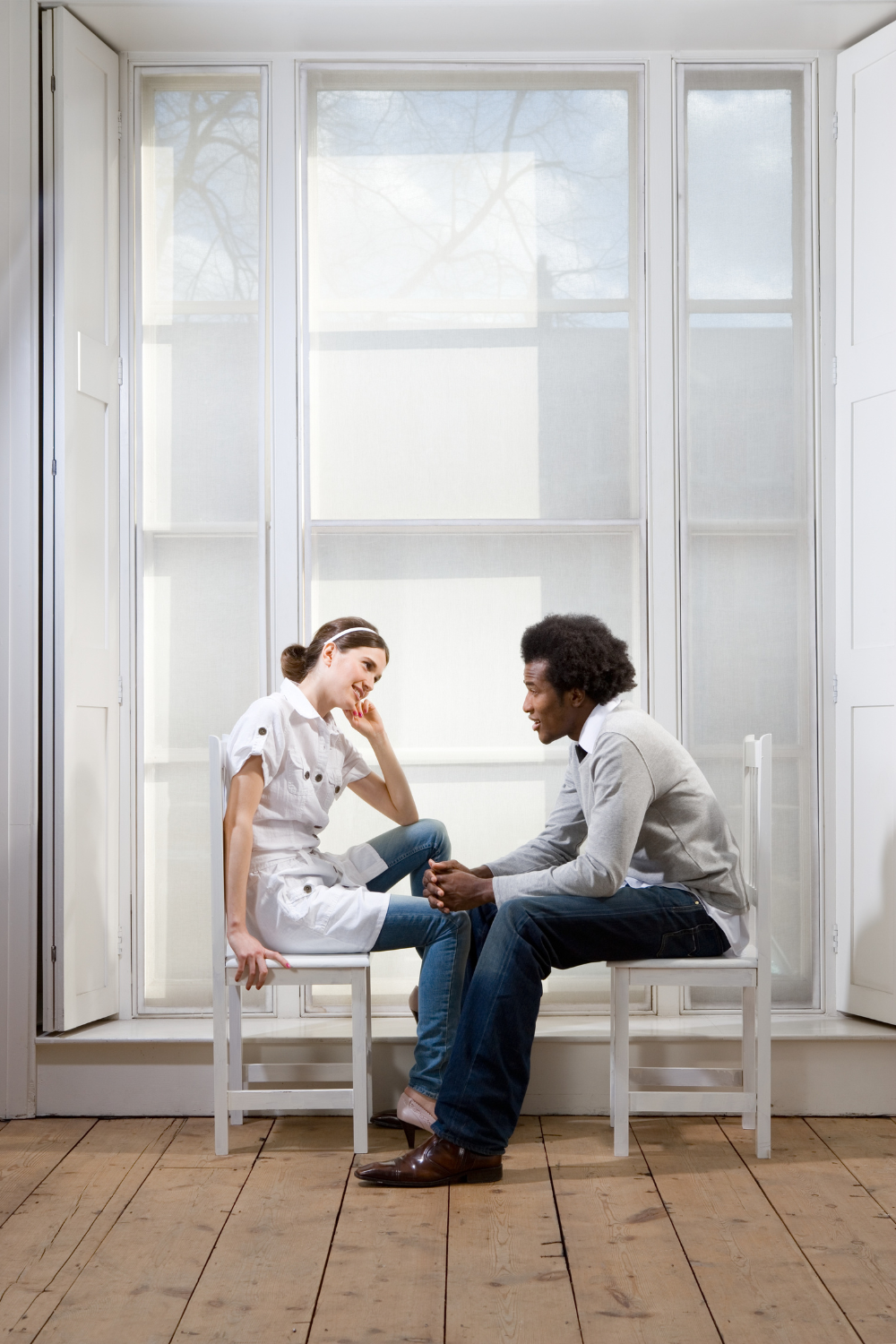 One of the biggest signs a guy sees you as girlfriend material is that he loves spending time with you.

He’s always up for making plans and spending time together, whether it’s going out for drinks or just hanging out at home.

He enjoys your company and wants to be around you as much as possible.

This is a clear sign that he’s interested in you and sees you as more than just a friend.

So if you’re wondering whether he could be the one, pay attention to how he feels about spending time with you.

No guy will make you his girlfriend if he doesn’t love being with you.

2. He’s more interested in your passions than in the physical part 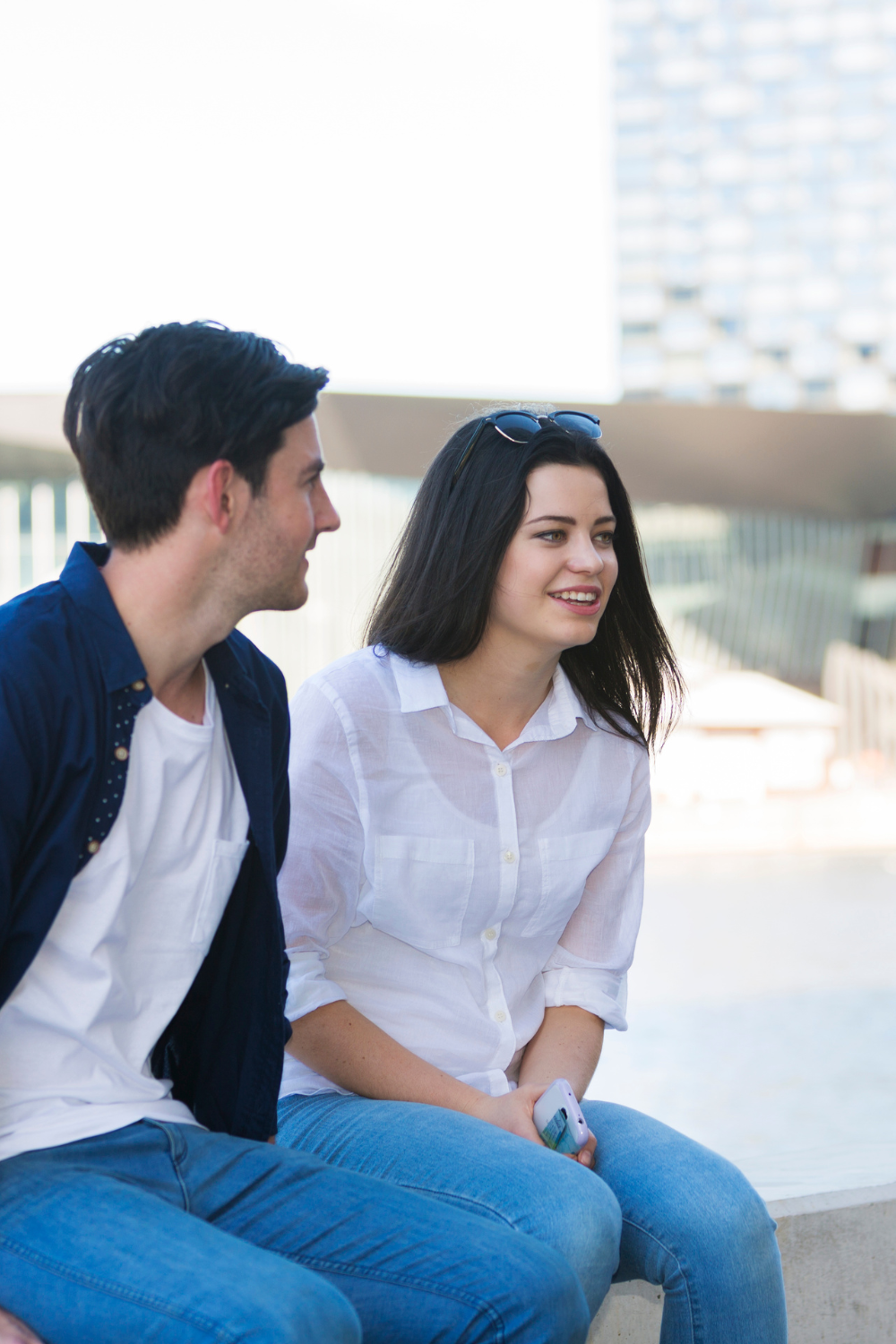 When a guy sees you as girlfriend material and not just a friend or a fling, he wants to know what makes you tick and gets you excited and engaged.

He’d see you as someone with depth and substance, not just a pretty face.

He knows that true compatibility goes beyond physical attraction, and he’s looking for a partner who can connect with him on a deeper level.

That’s why whenever he’s with you, he’s more interested in talking about your hopes, dreams, and passions than he is in getting physical.

He’s investing his time and energy into getting to know the real you.

3. He takes your opinion into consideration before he makes important decisions

When a guy sees you as his girlfriend, he’ll want to include you in his decision-making process.

He wants you to be an important part of his life, so your opinion matters to him.

So he’ll consider your thoughts and feelings before making any major decisions, whether it’s about his job, his friends, or even his family.

4. He’s always there for you when you need him 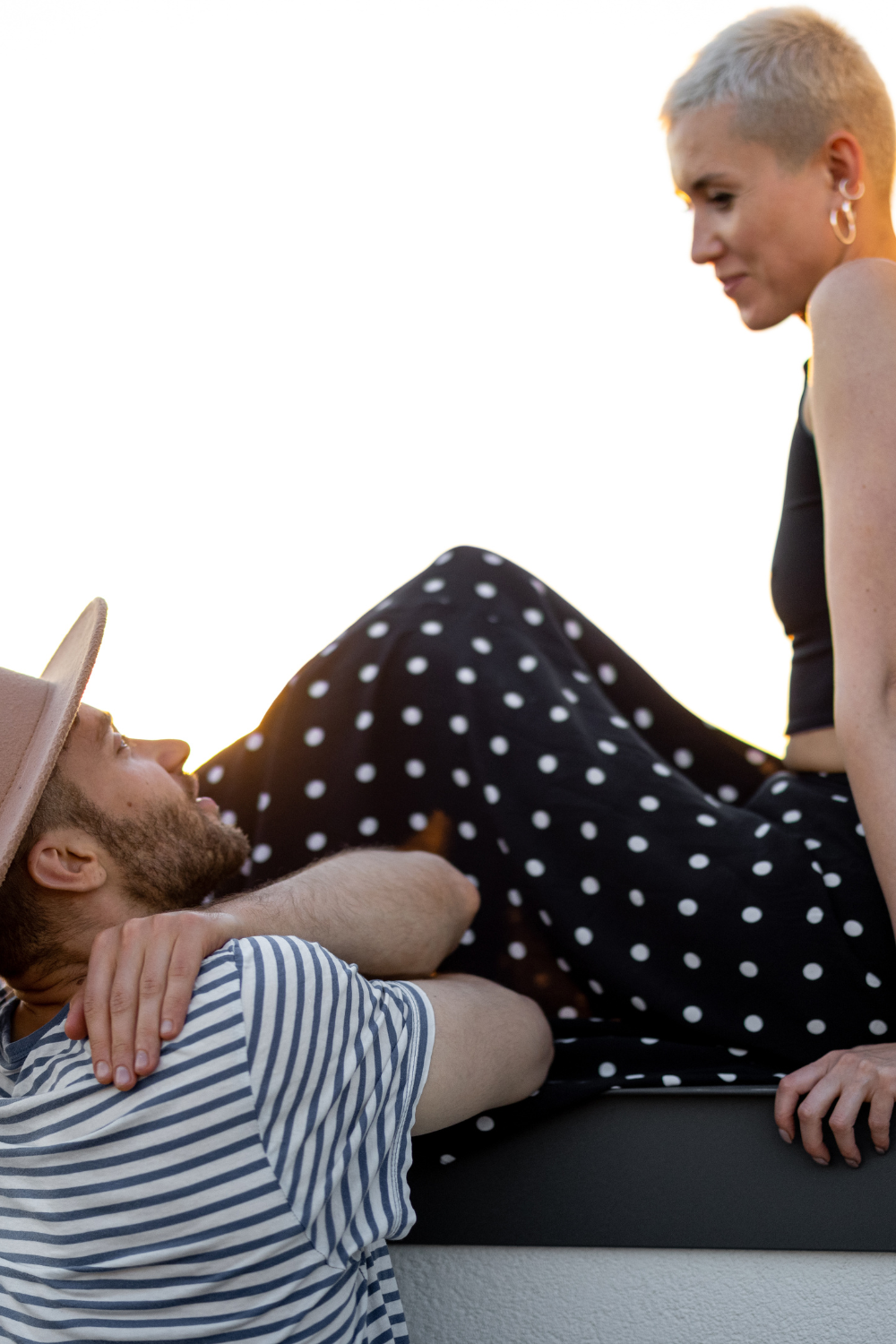 One of the signs that he sees you as girlfriend material is that he’s always there for you when you need him.

Whether you’re having a tough day at work or you’re feeling down in the dumps, he’s always ready and willing to lend a listening ear and offer a shoulder to cry on.

He’s your biggest supporter and always has your back, no matter what.

This is a clear sign that he cares about you deeply and sees you as more than just a friend.

5. He goes out of his way to do special things for you

When a guy goes out of his way to do special things for you, it’s a clear sign that he cares about you and sees you as more than just a friend.

He wants to make sure you feel loved and appreciated, so he’ll do nice things for you, whether taking you out for a special dinner or buying you flowers just because.

He knows how to make you feel special and loved, and that’s one hell of good boyfriend material.

6. He introduces you to his friends and family

When a guy introduces you to his friends and family, it’s a big deal.

It means he’s serious about you and sees your relationship as more than just casual.

He wants the people who matter most to him to meet you and get to know you better.

He won’t do that if he doesn’t see you as girlfriend material.

7. He pays attention to details when he’s around you

He pays attention to details like what you like and dislike, your favorite food, and your hobbies.

If he remembers these things over time, it’s more likely that he sees you as girlfriend material than if they’re just random facts about you that he’ll forget later on down the road.

He knows that it’s the little things that matter, so he’ll make an effort to remember the things you like and don’t like so he can please you and not displease you.

8. He encourages you to pursue your dreams and goals 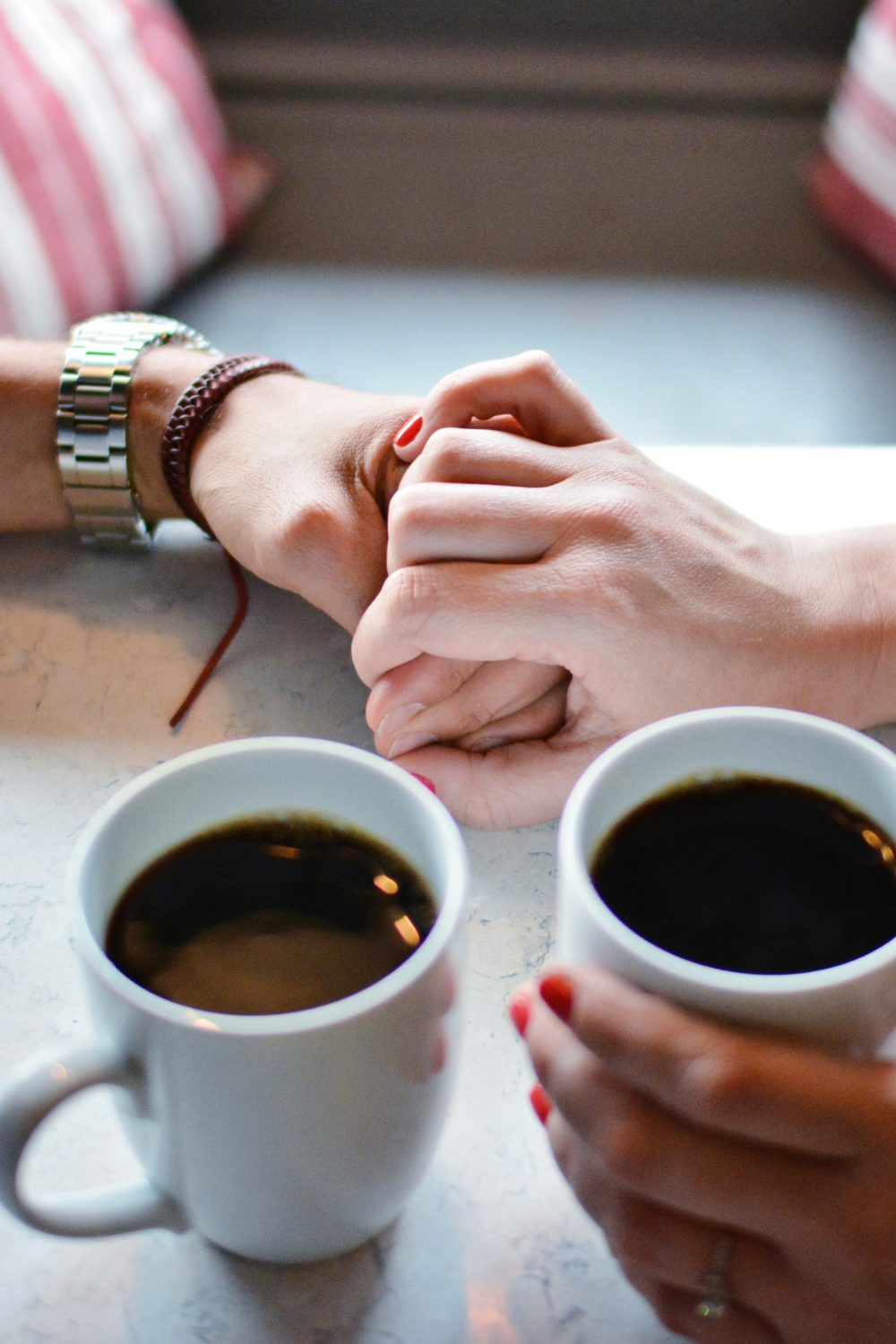 This is a huge one for me because I believe there is more to life than just dating and getting married.

Being in a romantic relationship is amazing, but you have dreams in your heart to pursue.

So if a guy sees something that makes you happy and encourages you to follow through on it, then chances are high that he sees potential in your future — as well as his own future with you.

When a guy truly cares about you, he’ll want you to succeed in all aspects of life — including career and family goals.

9. He is comfortable talking about the future with you

A guy who sees you as girlfriend material will be comfortable talking about the future with you.

He may not have plans to marry you immediately, but if he can talk about them positively, it’s a  good sign.

If he seems hesitant to talk about it or refuses to consider it, this is a sign that he doesn’t see you in an exclusive relationship.

10. He is willing to put effort in your relationship 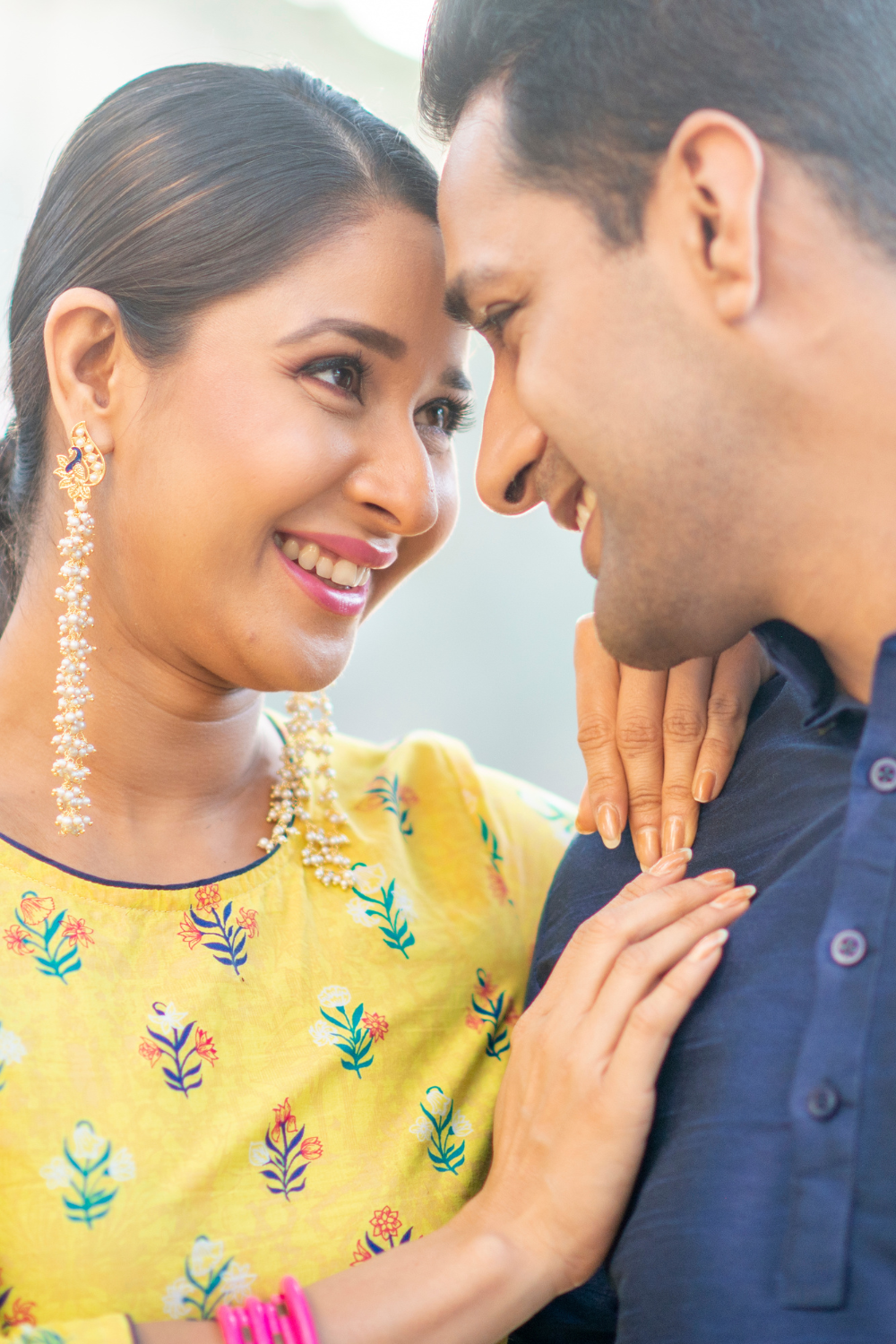 Another key sign that he sees you as girlfriend material is that he’s willing to put in effort for your relationship.

This could mean taking time out of his busy schedule for date nights (even if it’s just ordering food), doing things together like going shopping or watching movies, and making sure that your needs are met even if it means not getting his way all the time.

In other words, if he’s willing to do these things without being asked, then there’s a good chance that he thinks of you as someone special and wants to make things work with you long-term.

If he’s sharing his feelings with you and being honest about what he likes and dislikes, then he probably sees you as girlfriend material.

Guys tend to be more reserved when it comes to their feelings and emotions, but if he’s opening up to you, it means he trusts you enough to share them with you.

A guy who sees you as girlfriend material will be proud to be with you.

He’ll want everyone to know that he’s dating someone amazing, and he’ll want to show off how happy he is with you.

If he’s not proud of you or doesn’t see you as girlfriend material, he’ll be more low-key about your relationship and won’t want to let the world know about you.

13. He wants to spend time with your family or friends

When a guy is interested in being with you long-term, he’s going to want to spend time with your friends and family members so that they can get to know him better.

If he sees your family/friends as important people in your life who play an important role in how happy you are, then he’ll want them on his side too.

This is a sign that he’s invested in making sure everyone likes him — not just because they’re important people in your life (or even because they might be able to help him get ahead), but because he genuinely cares about pleasing them too. 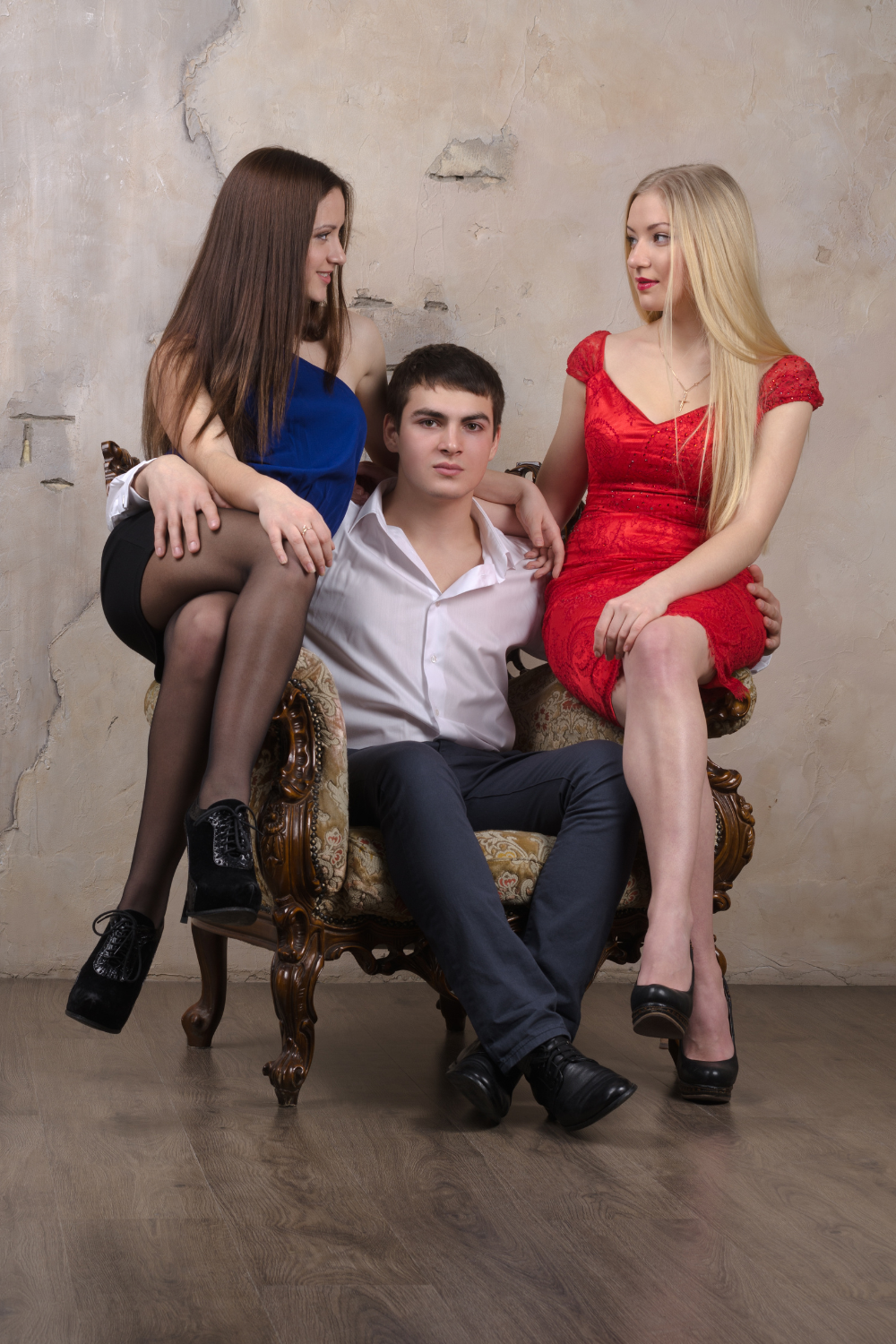 If he’s interested in other women and hanging out with them on a regular basis, it doesn’t mean he’s cheating on you.

It does mean he doesn’t see you as girlfriend material.

If he has no interest in spending time with other women and is only interested in you, then that’s a good sign that he sees you as girlfriend material.

He does not play games with your feelings.

He is straightforward and honest about how he feels about you and what he wants from you.

His actions are consistent with his words, meaning he does not promise anything he doesn’t intend to deliver.

He knows that games are for kids and that grownups communicate openly and honestly with each other.

If he’s playing games with you, it means he doesn’t see you as his girlfriend.

16. He respects your body and your boundaries 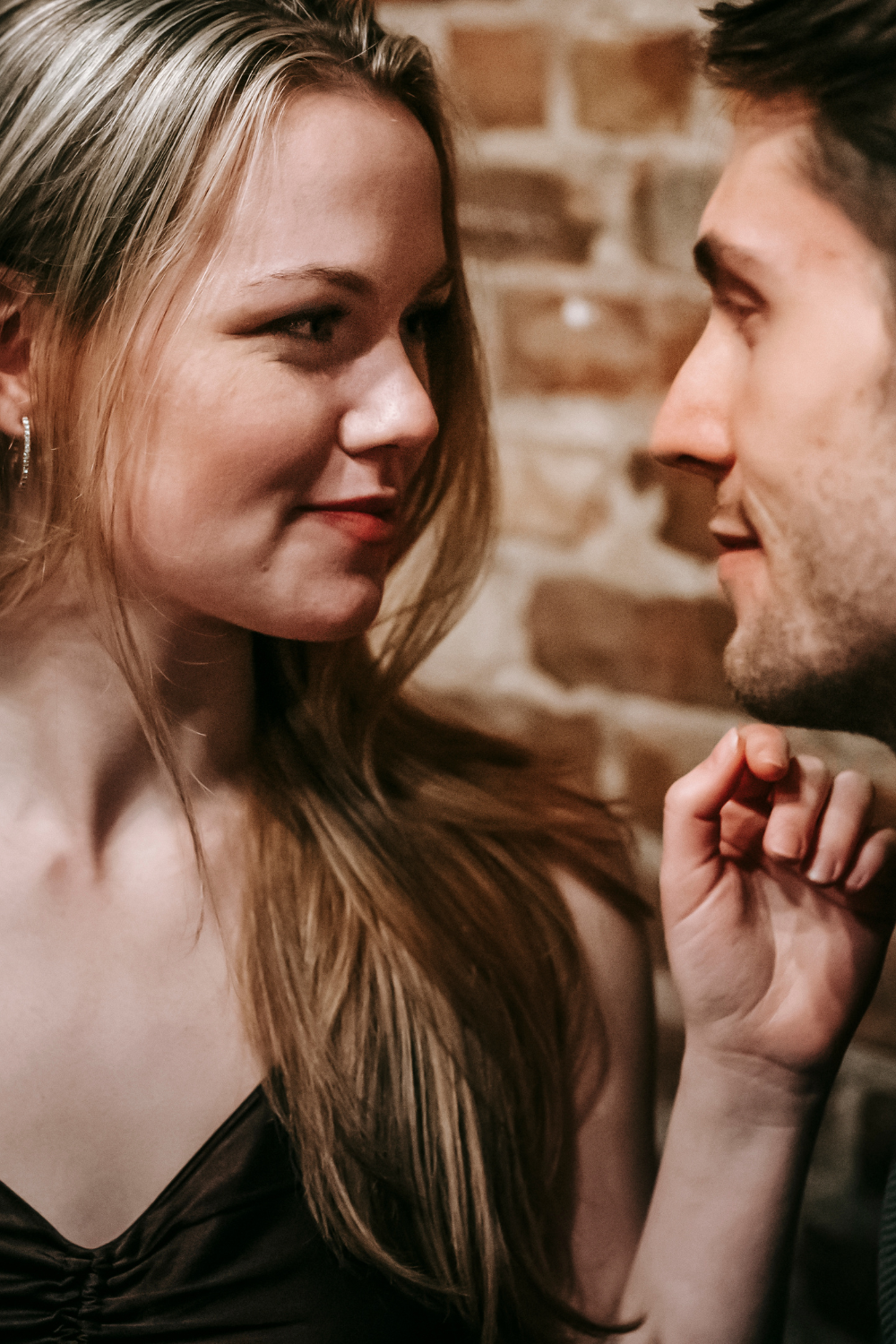 If he’s not pressuring you to have sex or trying to get you to do things that make you uncomfortable, then he wants a relationship with you — not just sex.

He knows that you’re not just a piece of meat and has feelings and needs.

So if he is willing to wait until marriage for sex, or at least until certain conditions are met (like marriage), then he has no problem respecting the fact that you are a woman with needs and desires of her own.

He will not expect sex from you when you do not want it — nor will he force himself on you.

You’re a catch, and he knows it, so he compliments you often and is not afraid to let you know how much he likes you.

A guy who doesn’t see anything special about you won’t see you as a potential girlfriend.

18. He gets jealous when other guys talk to you or try to get close to you

If a guy likes you and wants to be your boyfriend, he’ll get jealous when other men are interested in being with you. This can be a good sign because it shows that he doesn’t want anyone else to have what he wants

These are just some of the signs that he sees you as girlfriend material.

If you notice that your guy is displaying these signs, then it’s a good indication that he’s serious about you and wants to take things to the next level. 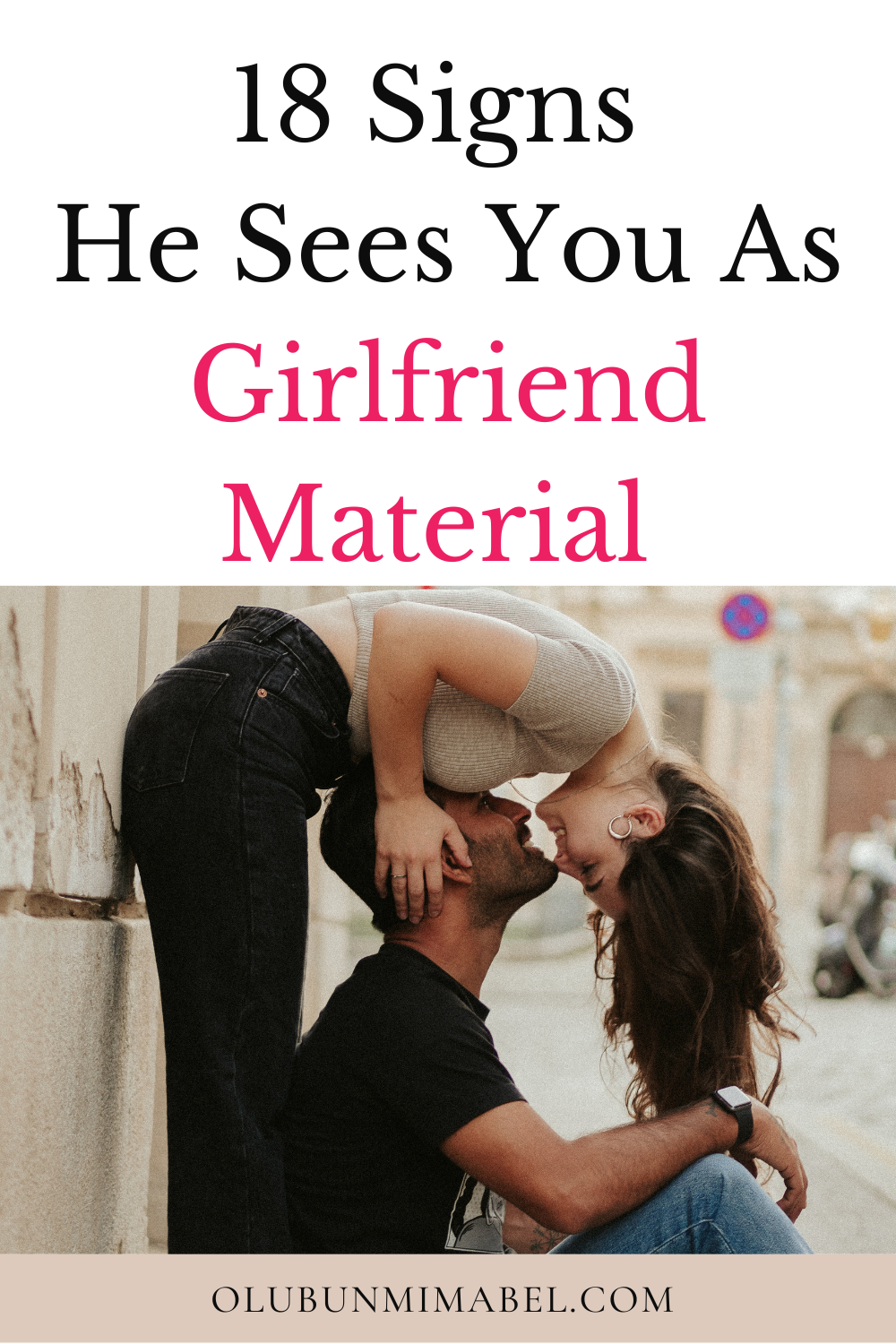