Guys and ladies can be just friends with no strings attached.

But then, how will you know when a male friend starts developing feelings for you?

What are the signs your male friend has feelings for you?

Let’s dive into some of the most likely signs your male friend has feelings for you.

15 Signs Your Male Friend Has Feelings For You 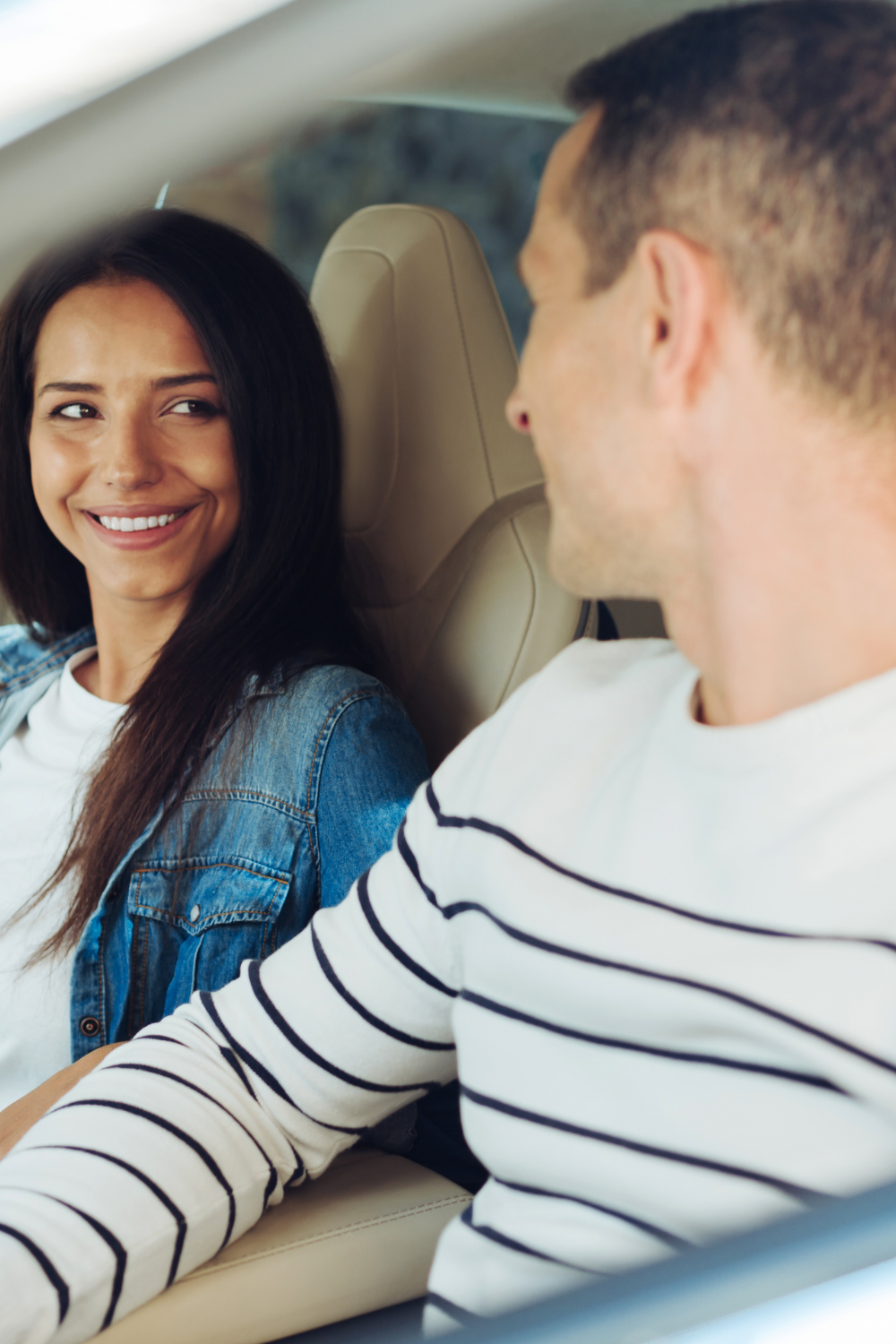 He may be a nice person, but there’s a difference between being just friends and going the extra mile for someone.

One of the signs your male friend has feelings for you is that he treats you way more nicely than he does his other female friends.

You’ll notice that he goes over and beyond to ensure you’re happy and comfortable.

He’ll do the little things that matter to you and treat you like a queen.

It may even seem like he’s playing the role of a boyfriend in ensuring that you are happy. 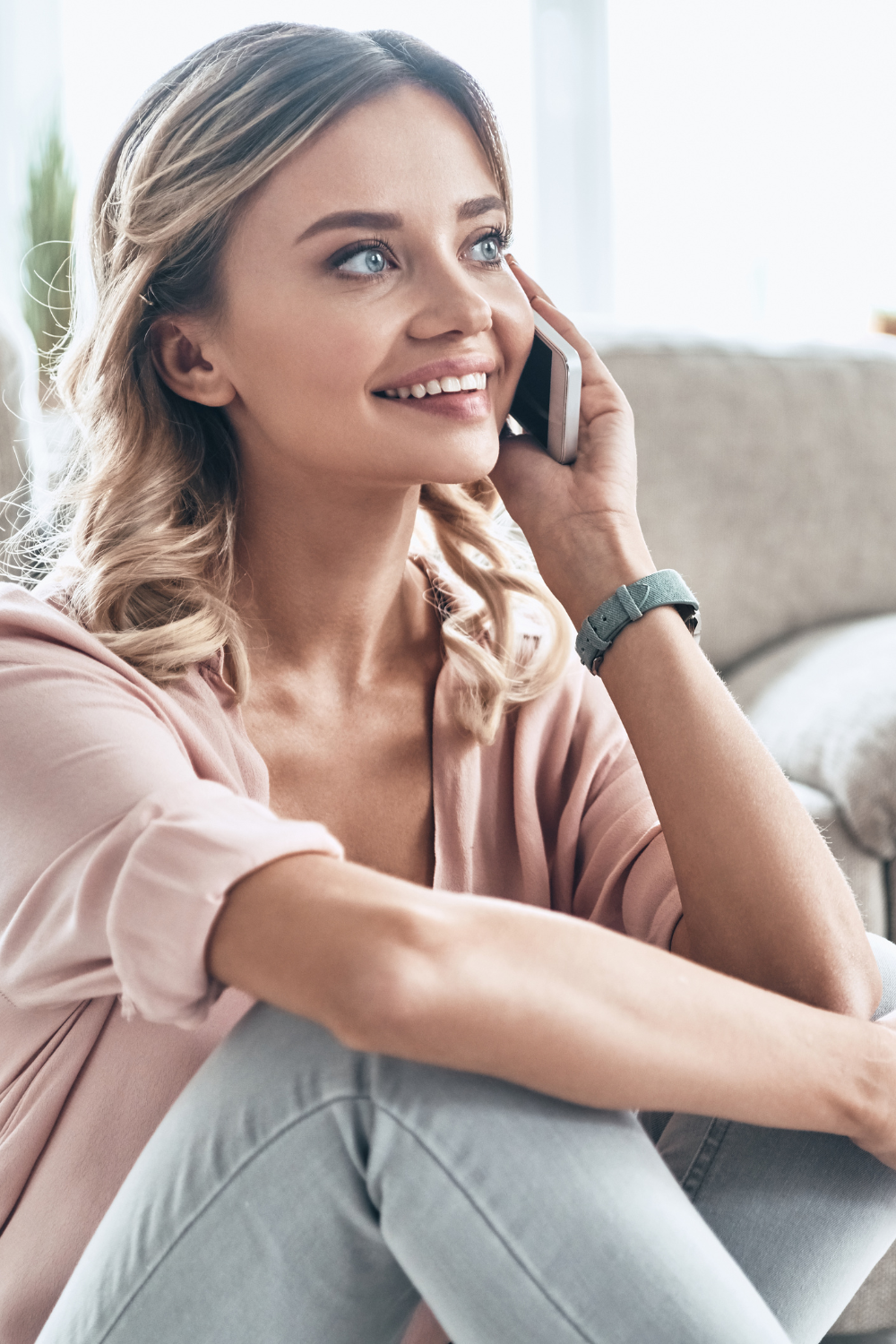 But if this guy keeps putting in extra efforts to keep the line of communication open between you, more than your other friends, it should ring a bell.

He texts you more than he texts other people

Calls you on the phone to check up on you regularly

Is the most frequent caller on your phone

Shows up at yours randomly

Always has a reason to keep in touch with you…

It is one of the most likely signs your male friend has feelings for you.

He’s just putting in the work, warming up to you, and building a solid connection with you.

This is not something you do with people you regard as just friends. 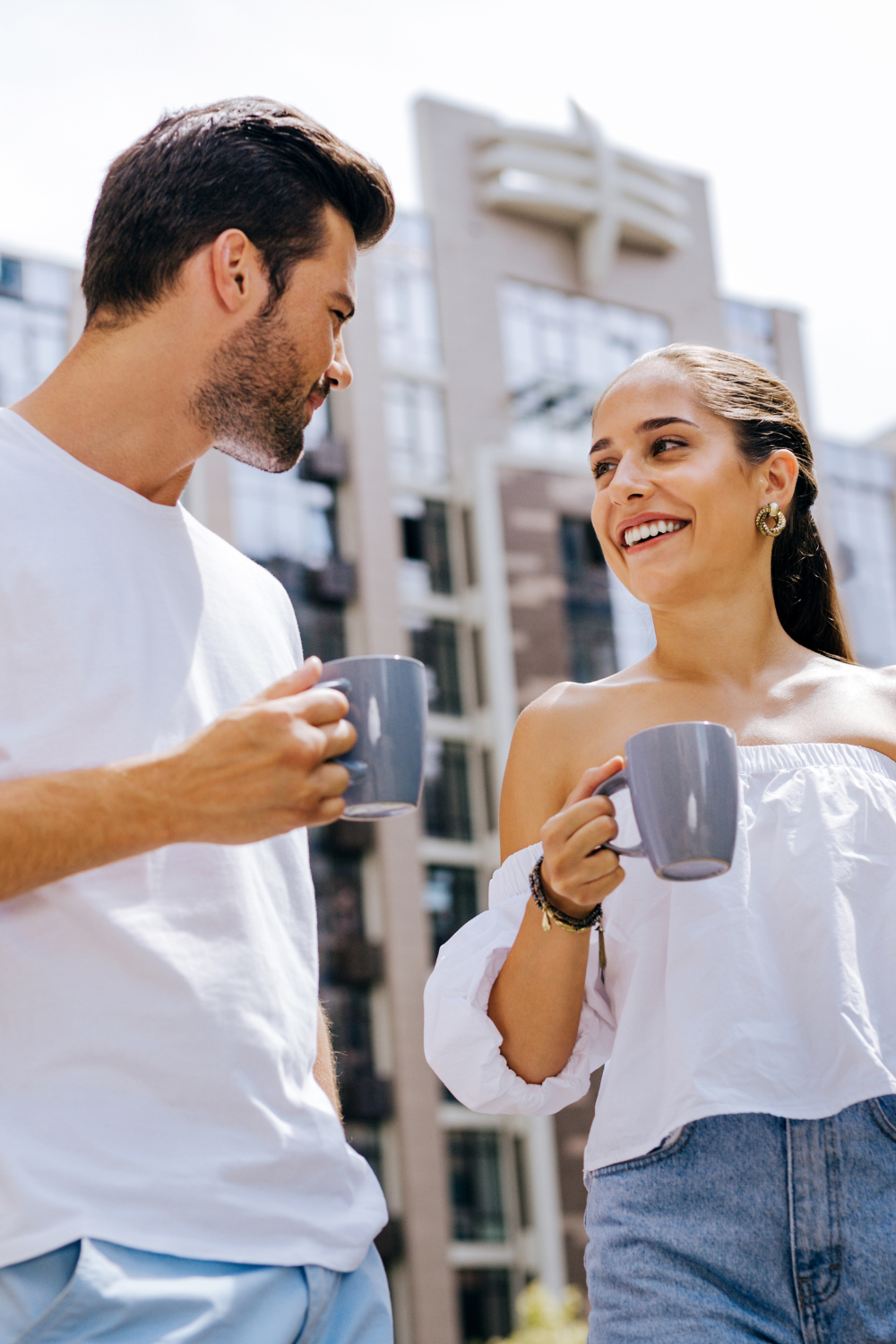 This is possible and can be noticed easily when you also have some feelings for him in return.

You’ll find yourself having moments with him.

For instance, you keep stealing glances at each other while outside, locking gazes occasionally, and sharing prolonged hugs.

Somehow, you know that both of you share something different from what you have with your other friends. 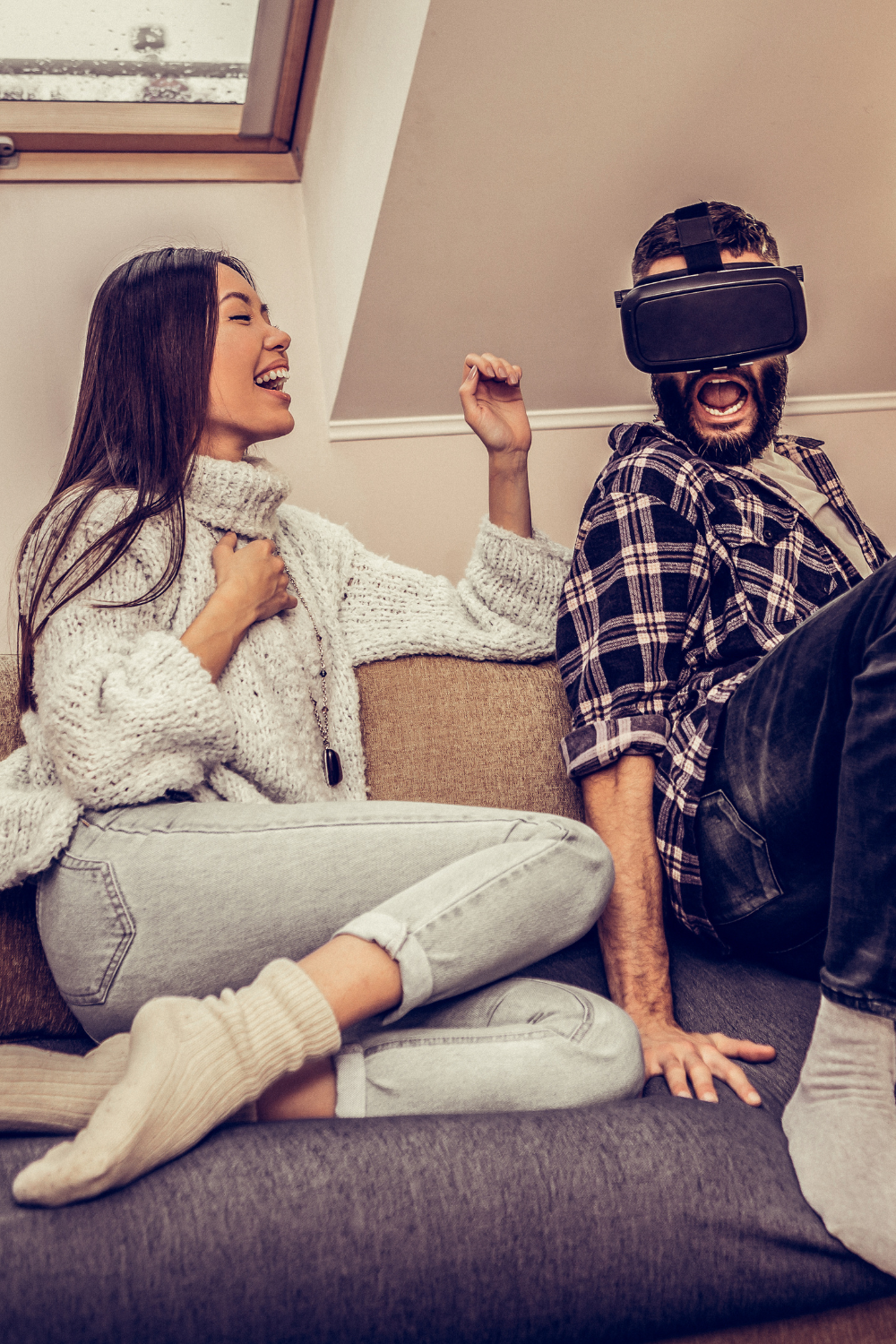 He will create time to see you just as he makes time to talk with you.

While he might be trying not to make it look obvious, he seizes every opportunity to see you.

He’ll also find a way to make events bring both of you together.

This could mean that he’s just trying to be a good friend, but it could also mean that he wants to get closer to you.

If he keeps making excuses to hang out with you and spends lots of one-on-one time with you, then there’s a chance that he might be interested in you.

One of the signs your male friend has feelings for you is when he pursues you and tries to win you over.

This means he’ll shower you with compliments, try to make you laugh, notice tiny details about you, and pay attention to you greatly.

He does all these for you to see him as a catch and probably think of how good both of you will be together.

So, in what he does and says, you’ll notice his efforts (which are, of course, way beyond what normal friends do). 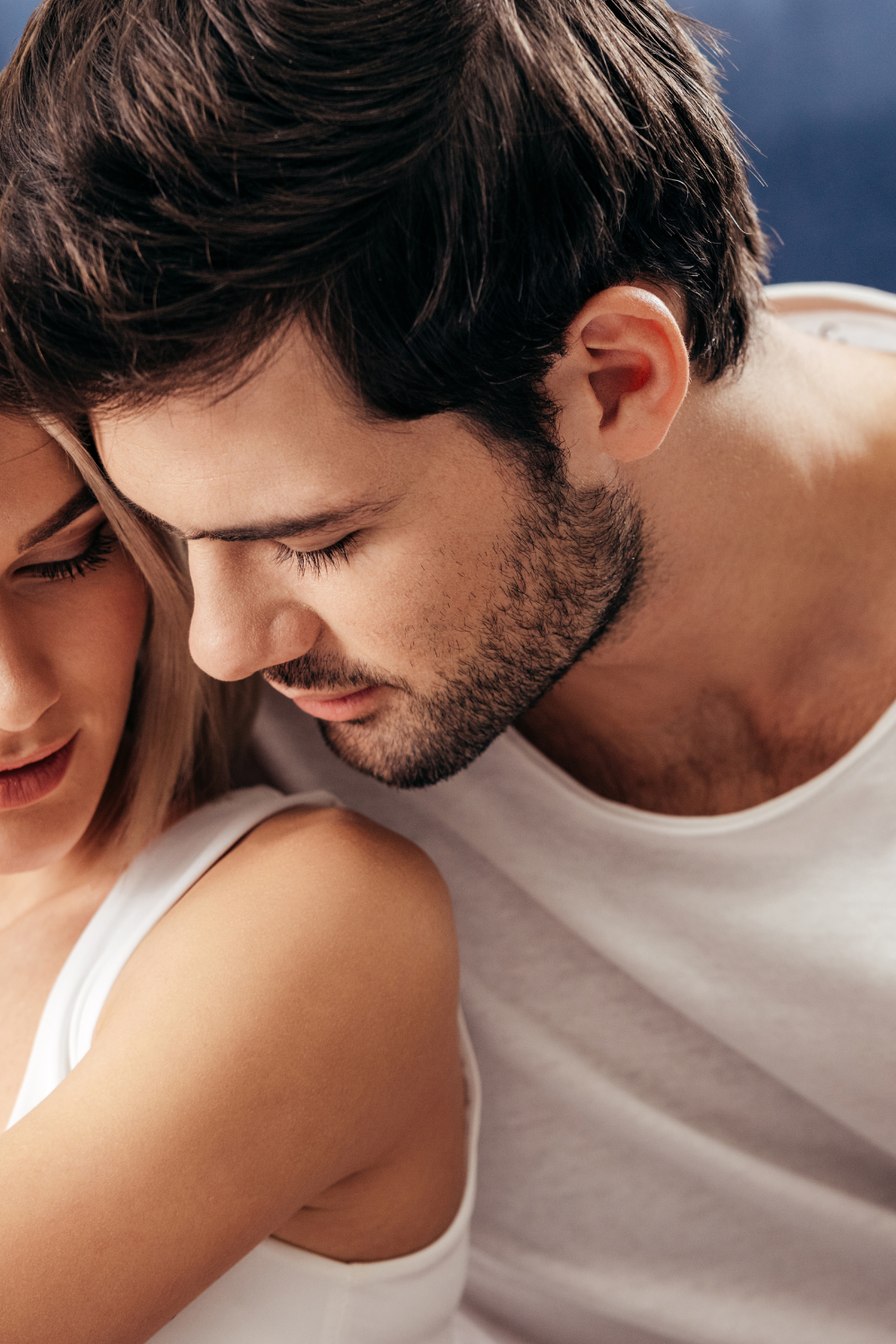 Your male friend who has feelings for you will only do this if he is a bold and audacious guy.

He’ll flirt with you naturally and cross the boundaries of friendship delicately.

For instance, he can offer you warm, lingering hugs, get touchy, and even steal some pecks here and there.

While he might say it’s nothing serious, he is building a connection and intimacy with you.

He’s testing the waters and finding out how much you can take from him.

A guy who has feelings for you will find himself opening up to you.

As your friend, you’ll notice that you both talk much more than your other friends.

You’ll also find that you have had a lot of deep chats with him.

This happens naturally as you get closer to someone, trust them more, and feel more connected.

By doing this, it is clear that he is attracted to you and wants to know if there can be something more than just friendship for both of you.

One of the signs your male friend has feelings for you is over-protectiveness and jealousy.

This sign comes into the picture, especially when he cannot tell you how he feels about you.

He wants you to be happy, but he feels that nobody can do it better than him.

And he feels threatened when there is another guy in the picture.

You’ll meet with the occasional silent treatment, snapping at the slightest provocation, trying to get you to feel jealous in return.

Also, you’ll notice his mood swings whenever you speak with or about other guys.

While this is not an ideal situation, he should try as much as possible to figure out how to handle it.

9. He Remembers What You Tell Him

When a guy is into you, he’ll remember the things that matter to you.

Not because he’s trying to impress you or make himself look good, but because he cares about what you think and feels like he wants to know more about who you are.

You’ll find that he’s listening when you talk, even if it isn’t about him—and it’s not just because he’s waiting for his turn to speak.

It’s because he cares about what you’re saying. If your friend is always making jokes about dating you, it might be because he’s interested in actually doing it.

If he’s repeatedly making jokes about how much he likes you and how great you are together, or even telling you that he wishes you were his girlfriend, then there’s a pretty good chance that he’s got some feelings for you.

He might be joking just to gauge your reaction and see if it’s safe to make a move.

11. You Catch Him Staring at You

Strong eye contact is always a good indicator of interest.

If your friend is looking at you for longer than a few seconds, chances are he’s interested in you.

If it’s only occasionally, that could just be his natural resting face, but if it happens more often than not, there might be something more to the situation.

12. You Find That He Seems To Be in a Good Mood Whenever He is With You 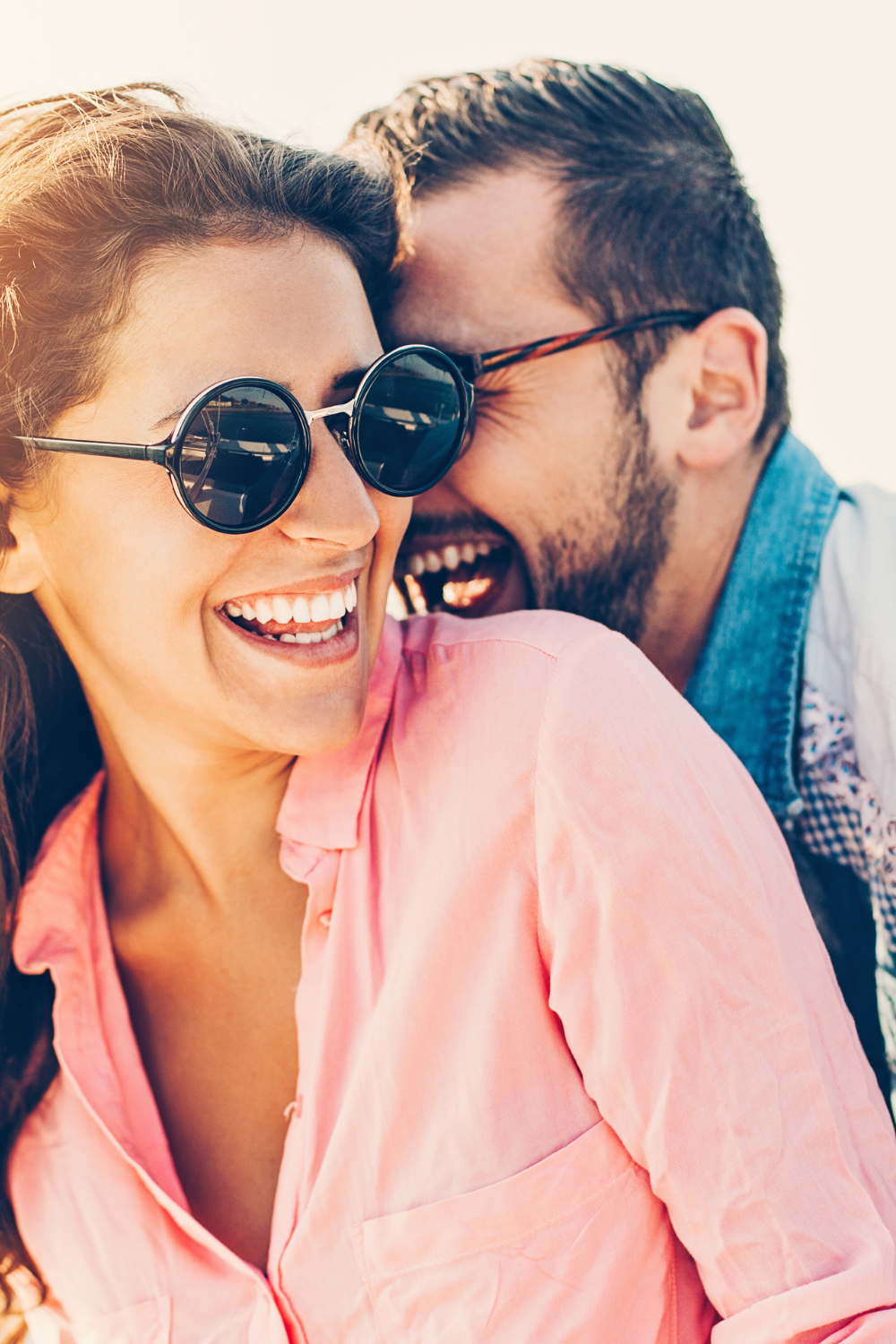 You know how you feel whenever you are with someone you are in love with.

You find yourself smiling and happy for no reason other than you are with the object of your affection.

So, if your male friend always seems happy whenever you guys are together, it could be because you’re great company or because he has feelings for you.

If your friend is always there for you, whether it’s with a shoulder to cry on or helping with whatever you need, that’s a good sign he feels something more than friendship.

If he’s willing to drop everything when you need him most, then he might be feeling something deeper for you than just platonic love.

A guy can be your friend, but if he’s always there for you, it might be love.

14. He Compliments You Often and Sincerely

If your friend is constantly saying nice things about your appearance or personality, then there’s a good chance he likes you more than just as a friend.

When someone gives out compliments as easily as breathing air, it means they really mean what they’re saying.

So, if you ever feel that your male friend has feelings for you, it might just be the truth.

Perhaps, you feel the change in the energy and vibes of your friendship.

Or maybe you’ve always felt that way from the beginning of the friendship.

Through the signs and instincts, you’ll be able to tell clearly whether or not your male friend has feelings for you.

And if you confirm that he does, I trust you can handle the situation maturely by not leading him on if you are not interested.

Also, as cute as it is for your male friend to be in love with you, it’s also kinda dicey.

If you don’t feel the same way for him or if you do, and your relationship doesn’t work out, things might get awkward and your friendship may not remain the same. 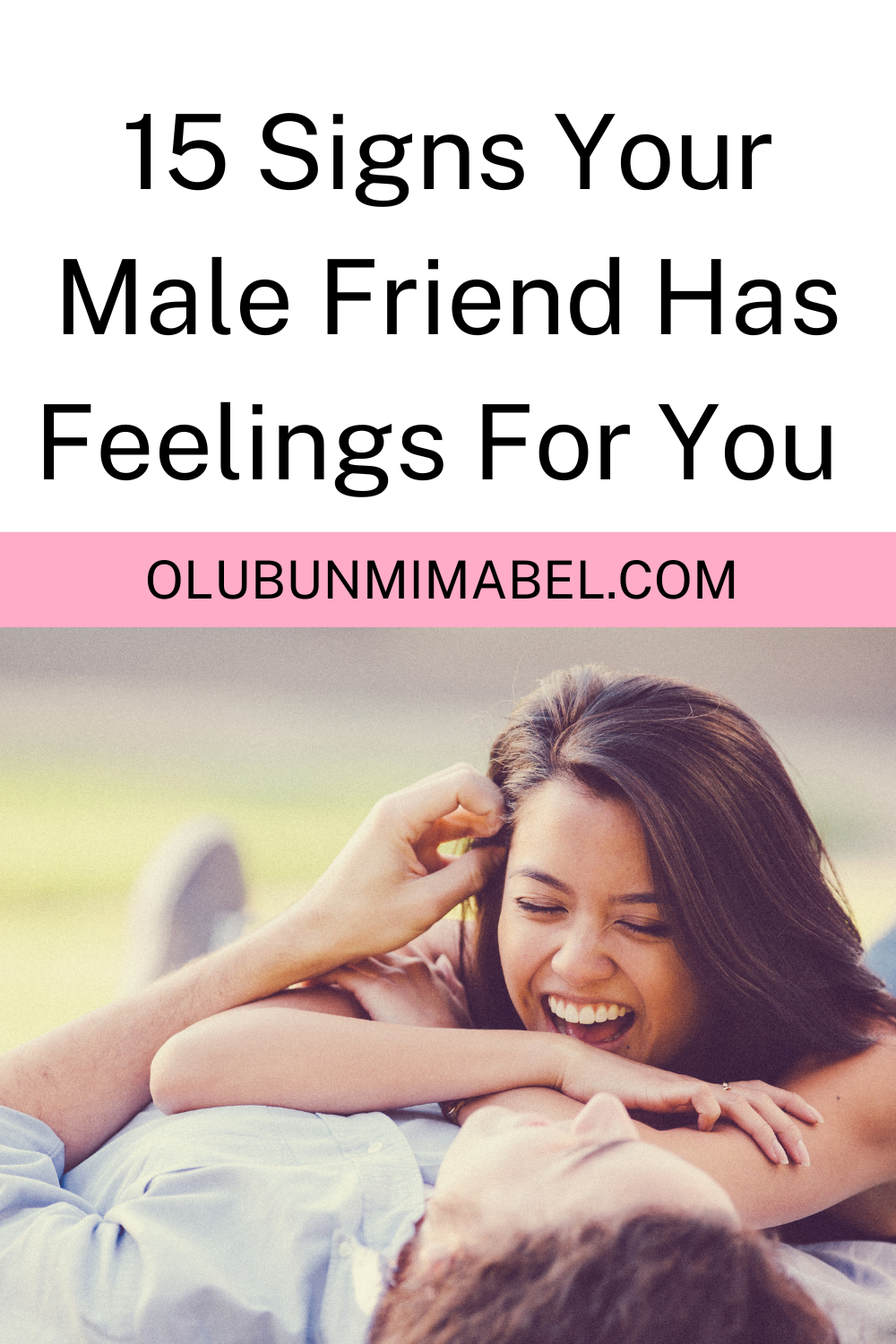