”What to do when he blocks you after an argument?”

With the advent of smartphones and social media, communication has become more accessible than ever before.

However, this newfound accessibility has also led to new problems, such as ghosting and blocking.

When you and your partner have a disagreement, it’s normal to feel upset or frustrated.

But what do you do when things escalate, and he blocks you on social media or refuses to talk to you?

This can be a difficult situation to deal with, but there are some steps you can take to try and resolve the issue:

What To Do When He Blocks You After an Argument

1. First, let yourself cool off 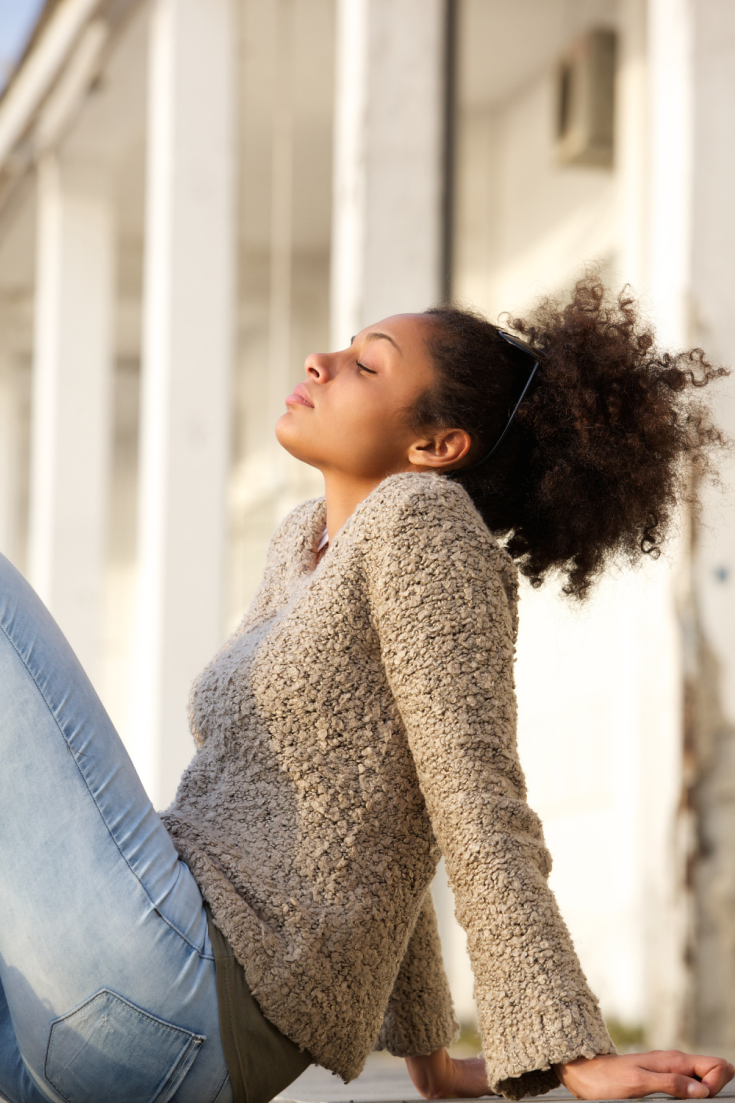 This is easier said than done, but it’s important to try and avoid escalating the situation further.

You’re angry, hurt, and upset — and probably stressed out too.

That’s okay, but don’t do anything rash like sending him another message or calling him until you calm down a bit.

If it helps, take a break from social media altogether while you work things through with yourself first.

2. Reflect on the argument 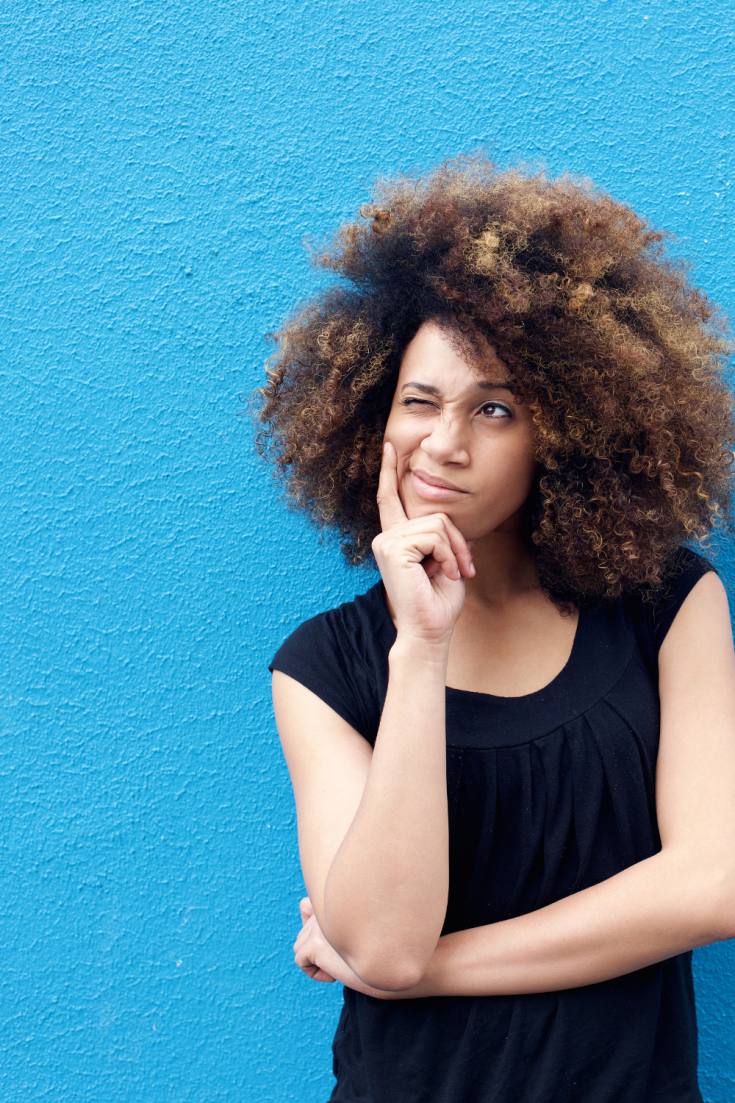 Once you’ve calmed down, take some time to think about what led to the argument in the first place.

What was said or done that made things escalate to this point?

Try to be as objective as possible and avoid placing blame.

Doing this can help you understand what might have caused him to block you and give you some insight into how to resolve the issue.

3. Think about why he could have blocked you

Just because he blocked you doesn’t mean he doesn’t love you anymore.

Maybe it’s just a way for him to cool off and get away from the situation.

He might even be afraid of saying something he’ll regret later on, so blocking is his way of keeping himself from doing that in case it leads to another fight or argument.

If he blocked you after an argument, don’t try contacting him right away because chances are he won’t respond anyway.

Instead, give him some space to calm down and think about things.

If you try to reach out to him too soon, it might just make things worse.

5. Reach out to him and apologize through other channels if you are at fault

If, after reflection, you realize that you might have said or done something to contribute to the argument, reach out to him and apologize.

You can do this through a mutual friend, email, or even social media if he hasn’t blocked you on those platforms.

A sincere apology can go a long way in diffusing the situation.

6. Talk to him in person if possible 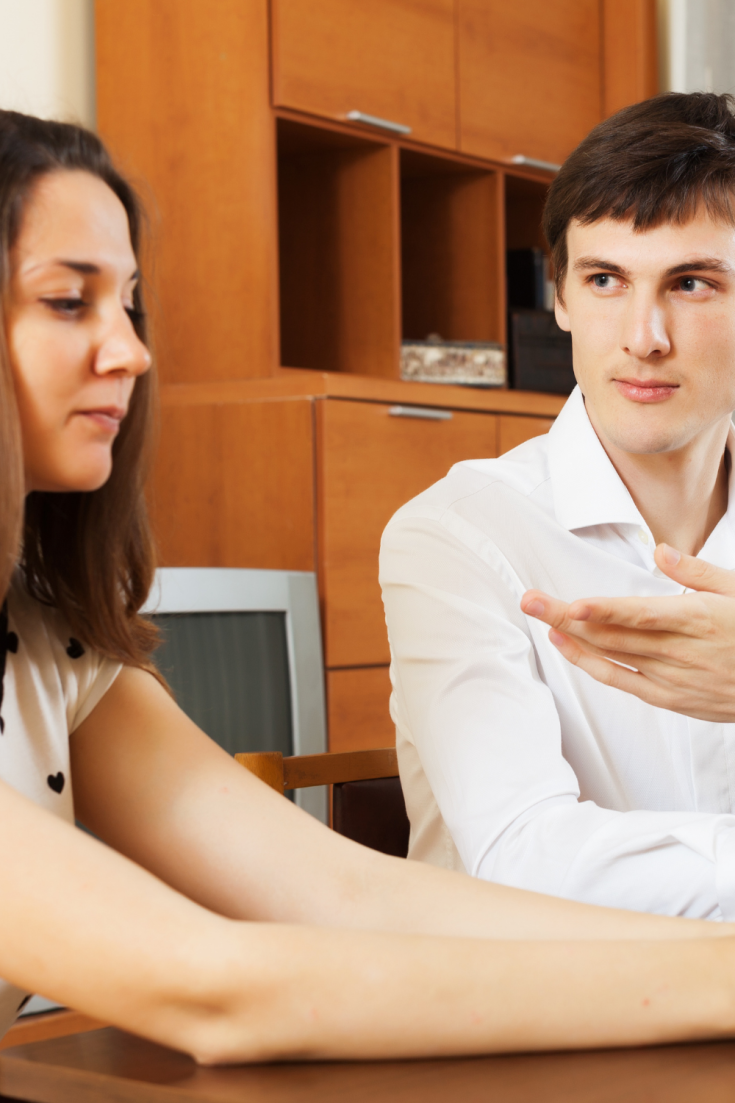 In-person communication is always best when it comes to resolving disagreements.

If you can, try to talk to him in person about what happened.

This gives you both a chance to express yourselves calmly and openly without interruption.

Listening to each other and showing empathy can help to resolve the issue and get you back on good terms.

7. Give him some space 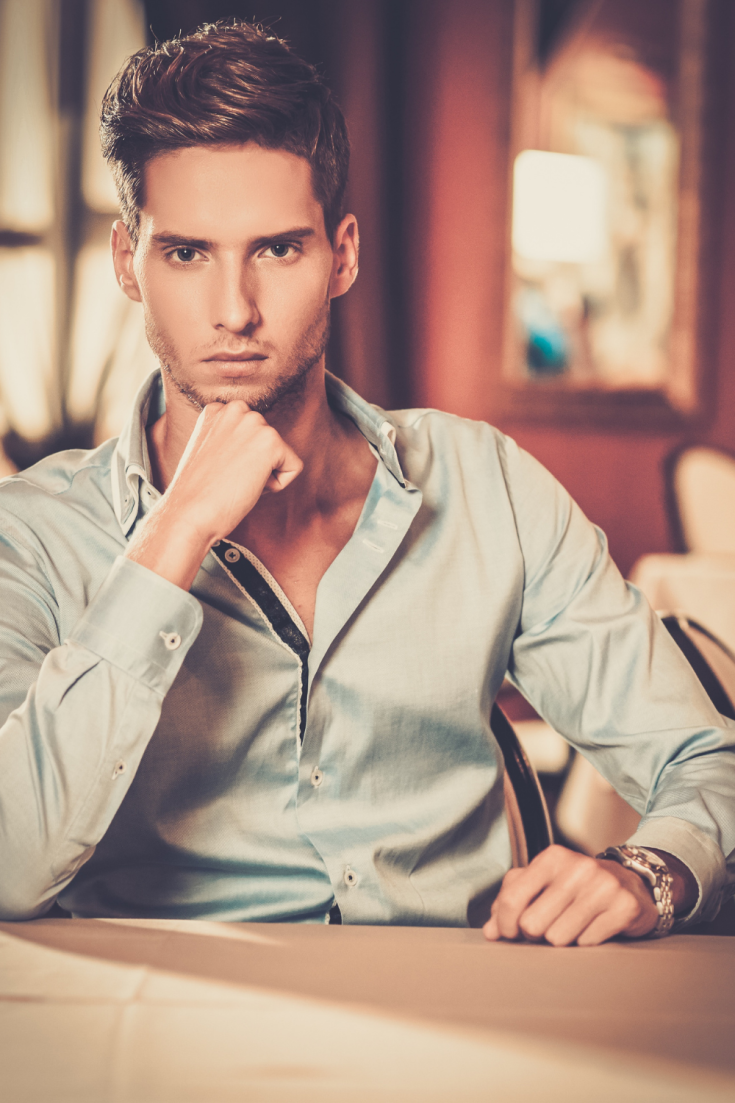 If he still isn’t responding to your attempts at communication, it might be best to give him some space.

It’s possible that he needs time to calm down and process what happened before he’s ready to talk again.

Respecting his wishes and giving him the space he needs will show that you’re sincere about wanting to resolve the issue.

Sometimes, people block others as a way to get attention or because they’re used to getting their way.

If it seems like this is the case with him, it might be best to just ignore him altogether.

This can be difficult but know that you’re not responsible for his actions, and you shouldn’t let him control you.

If you reach out to him, you’d be indulging his behavior, and he could interpret this as a victory.

Reclaim your respect and power by refusing to give him the attention and power he’s looking for. 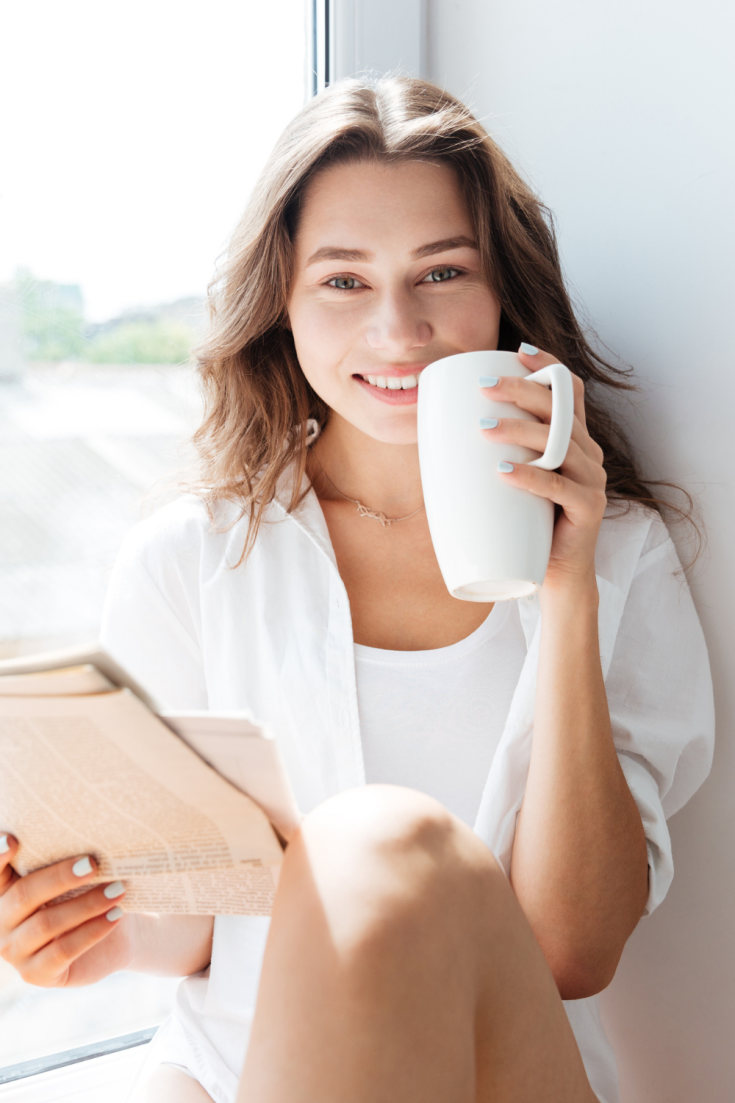 In the end, the most important thing is to focus on yourself.

You can’t control what he does, but you can control how you react to it.

Try to take this opportunity to work on bettering yourself — whether that means taking some time for yourself, focusing on your own happiness, or working on building healthier relationships.

Do what you need to do to take care of yourself, and don’t let him control how you feel.

If, after trying all of these things, he still doesn’t want to talk or reconcile, then you might have to accept that and move on.

It’s possible that he’s not ready or willing to work through the disagreement, and that’s something you have to be okay with.

It might be difficult, but you can’t force him to do something he doesn’t want to do.

11. Talk to your friends about what happened 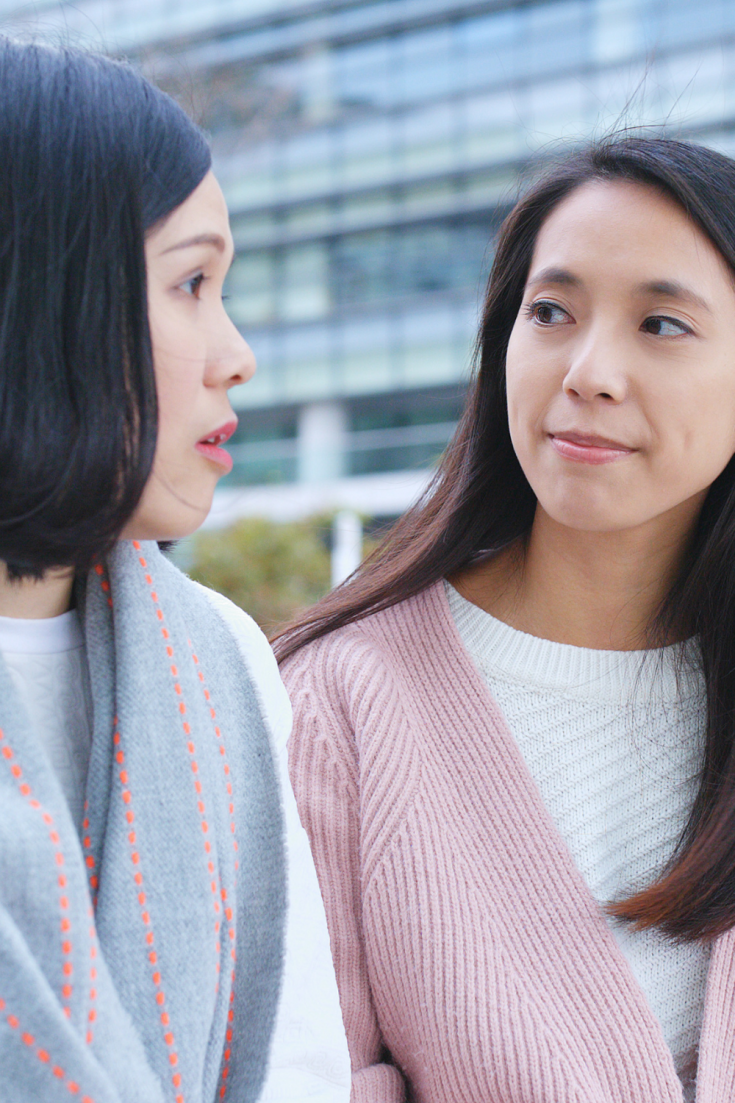 If you’re struggling to deal with the situation, talk to your friends about what happened.

They can provide support and understanding, and they might be able to offer some helpful advice.

When it comes to dating, friends can be a great sounding board and help you see things from a different perspective.

Apart from that, you need friends to rant to.

And sometimes, ranting is all you need to do to feel better.

12. When you reconnect, agree on healthier ways to handle disagreements instead of blocking 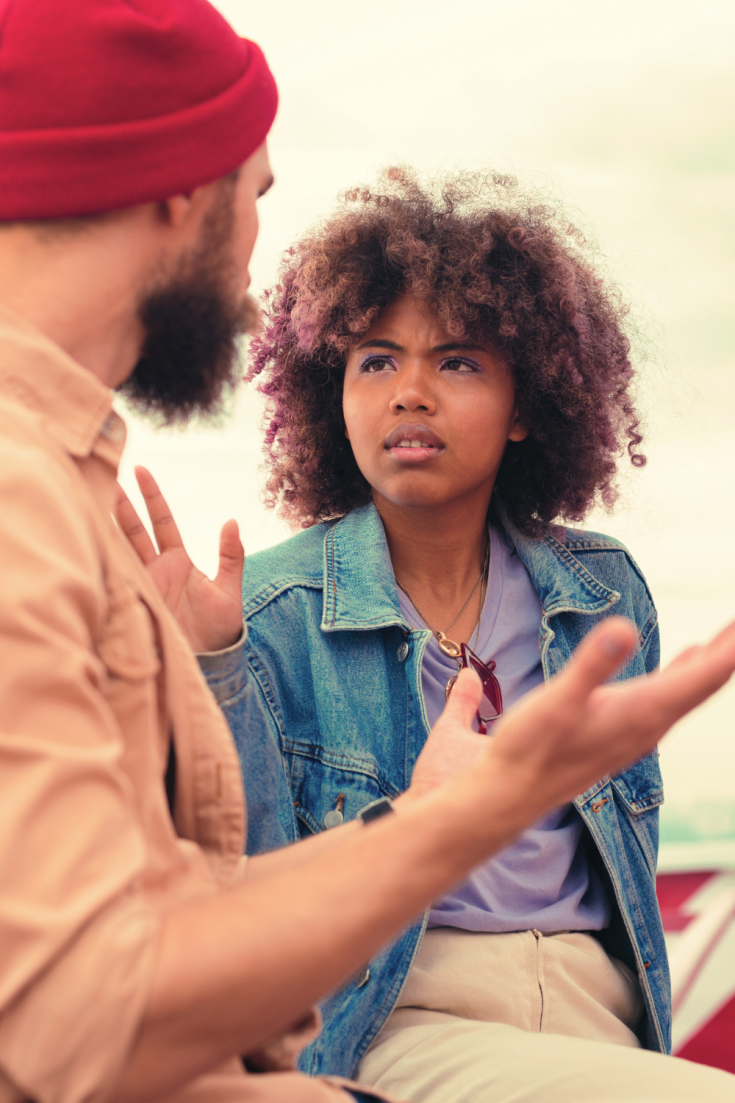 If you do end up reconciling with him, agree on healthier ways to handle disagreements in the future.

Blocking each other should only be used as a last resort, and it’s not a healthy way to deal with conflict.

Talk about what you both need to feel safe and respected in the relationship, and come up with a plan for handling arguments in a more productive way.

Be serious about sticking to your decision and tell him the consequences of blocking you again.

Okay, this is the part where I make a confession.

When my husband and I were dating, I used to block him on social media whenever he annoyed me.

There was a time I did, and he told me if I ever blocked him again, I should not unblock and re-add him.

That was the last time I blocked him.

If you are serious about not getting blocked by your boyfriend after every argument, you must also give him a serious warning.

If he values you and your relationship, he will think twice before blocking you after an argument.

If you ever find yourself in a situation where your man blocks you after an argument, apply these tips, and hopefully, you’ll be able to work through it. 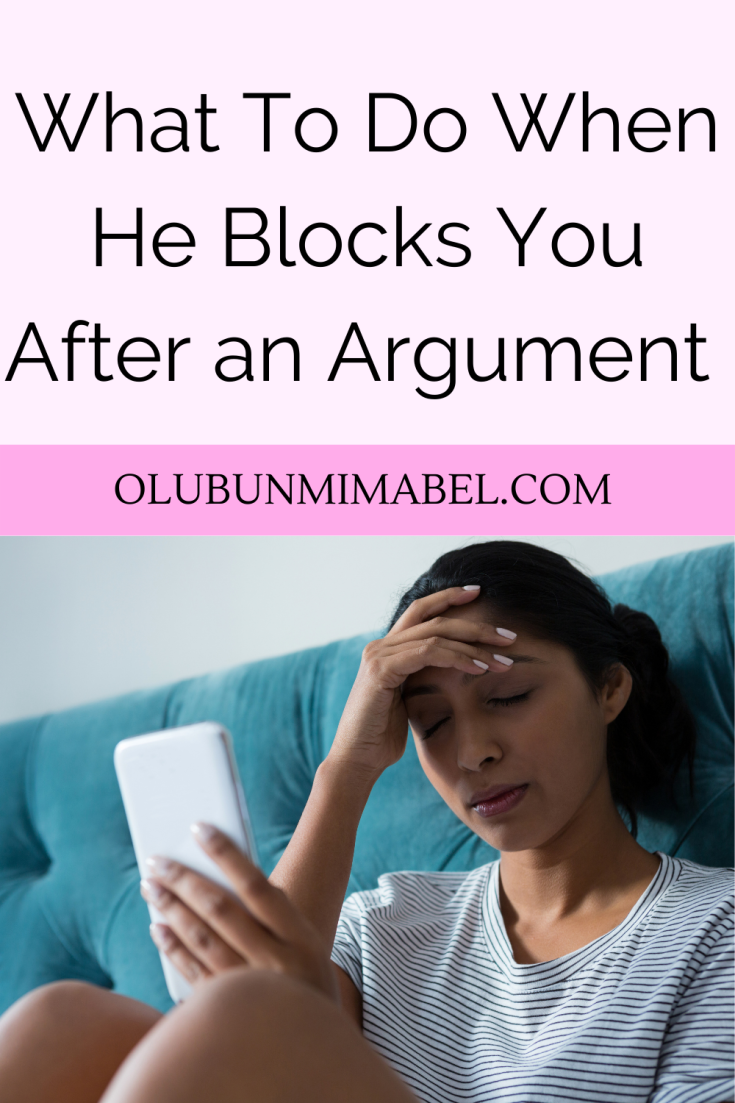