When an unmarried man says he loves you, it is easy to believe that he means it.

However, when a married man says “I love you” to a single lady, it can be a confusing and difficult situation.

But what does it mean when a married man says ”I love you”?

I once had a married man say this to me, and like you, I wondered what he could mean.

I’m glad to be sharing this article with you because it answered my question too.

What does it mean when a married man says he does you?

It could mean different things.

WHEN A MARRIED MAN SAYS I LOVE YOU: WHAT DOES IT MEAN? 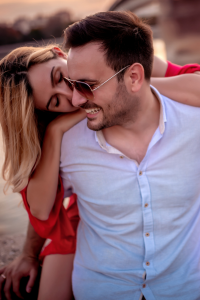 A married man may say he loves you because he is indeed in love with you.

Relationships can be pretty complicated, and a married man may be looking for an escape from his marital situation.

It is not about what he wants.

It’s about how he feels.

He might not want to be in love with you, but that’s what he feels.

So, he most likely told you because he wants to be honest with you.

If he’s being honest indeed, that might make him feel guilty and ashamed because he’s married to someone else

In general, people don’t say “I love you” unless they mean it because it’s such a strong statement,t and most people wouldn’t want to use those words lightly or without meaning them. 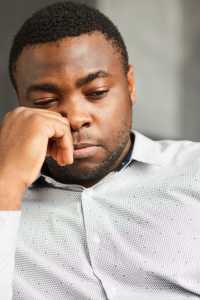 Another reason a married man might say he loves you is that he’s feeling guilty.

Maybe he’s been cheating on his wife with you, or he’s just been too close to you.

Whatever the reason, a married man who says he loves you, is most likely feeling guilty about something.

3. It’s a ploy to get something from you 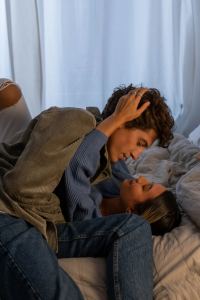 Sometimes a married man will say he loves you to get something from you.

Maybe he wants you to have an affair with him, or perhaps he just wants access to your money.

Okay, this is where we get to be honest with each other.

See, the primary reason a married man will proclaim his love for you is because he wants something from you, and it’s usually to get into your pants!

Because he’s still married to his wife, and he has a family to call his own.

What else could he possibly want from you?

This is especially true if you have been making him happy between the sheets and doing what his wife isn’t doing with and for him.

I know you want to believe that your married guy loves you because you are special.

But more often than not, they just want to use you to get the excitement they are not getting from their marriage.

Yours is a transactional relationship, especially if he sees to your financial needs.

You make him happy, he makes you comfortable, and everyone is happy.

Read 16 Signs a Married Man is Using You

Sometimes a married man will say “I love you” because he feels lonely and neglected.

This doesn’t mean that he romantically loves you; he’s just looking for a friend.

A married man often might be attracted to a woman and wants a companion if he has become distant from his wife.

If you have a bubbly personality and you observe your married guy enjoys your company, he might say he loves you because he loves spending time with you.

6. He loves you but doesn’t want a relationship with you

A married man might say “I love you” to a single lady because he loves her but doesn’t want a relationship with her.

This might be because he’s not ready to leave his wife, or maybe he just isn’t interested in you that way.

He might have feelings for you, but don’t expect anything to come out of it.

7. He’s testing the waters with you

“I love you” is a phrase that men use to test the waters with women.

They want to gauge your reaction, and based on what you say, he might or might not continue to push the boundaries.

If you reciprocate with “I love you too,” things will usually progress.

If you shrug it off and say, “I like you too,” he might stop there and see where it goes.

Either way, he’s at least interested in seeing where things go with you.

The question then becomes: how do you feel about it?

A married man might also say “I love you” to a single lady to make her feel better.

Maybe he’s been stringing you along and knows you have feelings for him, or he just wants to make you feel good.

In other words, don’t take it seriously.

9. He wants to have his cake and eat it too (meaning he wants you and his wife)

This is another major reason a man who is incapable of having a committed relationship with you will say he loves you.

He’s saying, “I love you,” as a way of having his cake and eating it.

In other words, he wants to be able to keep you around as a friend or a lover but still has a wife at home.

He wants to enjoy the best of both worlds.

10. He loves you and wants to leave his wife 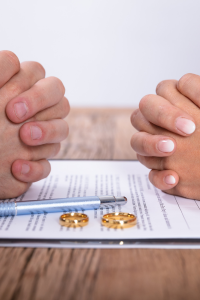 Lastly, a married man might say “I love you” to a single lady because he loves her and wants to leave his wife.

This is a rare situation, but it does happen.

If a married man tells you this, it’s crucial to think about what you want.

Do you want him to leave his wife for you?

Or are you okay with just being a friend or a lover?

Think carefully about what you want before making a decision.

When a married man says “I love you,” it can mean any of the above.

However, the most likely reason a married man says “I love you” to a single lady is that he wants something from her.

It’s never a good idea to get too emotionally involved with a married man.

There are just too many risks involved.

So, what do you do if a married man tells you that he loves you?

The first thing you need to do is figure out why he’s saying it.

Is he just testing the waters?

Is he lonely and needs a friend?

Or does he love you and want to leave his wife for you?

Once you figure that out, you can decide what you want to do next.

The bottom line is that a married man who tells a woman he loves her is doing so for his benefit, not hers.

When a married man says, “I love you,” what he means is, “You make me feel good.”

After all, if he loved you, he would want the best for you, which is: a relationship where you can enjoy commitment without guilt, especially if that is what you want.

Sometimes men get caught up in the moment and say things they don’t mean.

In other words, someone might say something like, “I love you,” when they have no real intention of leaving their spouse for the person they just said it to.

If a married man has told you that he loves you, it’s essential to express your feelings honestly.

Don’t be ambiguous, and don’t try to downplay your feelings.

Remember that a married man is still married, and he has a responsibility to his wife and family.

If you decide to pursue a relationship with a married man, you should be willing to deal with the consequences. 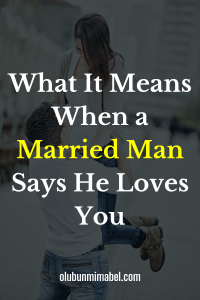 This article only answers the question, ''What does a married man mean when he says, ''I love you?''