You’re in love with him.

He’s in love with you.

You’re not even sure if he’s for real or just using you.

The worst thing is, the dude is married!

What are the signs a married man is using you?

It sounds like you are in a complicated relationship.

You know that feeling you get when someone is using you?

It feels like an unnerving combination of embarrassment and humiliation, mixed with a dash of anger and a pinch of frustration.

Maybe you’re giving too much of your time and energy but don’t have anything to show for it — or worse, you’re losing something.

In this kind of relationship, one person is taking advantage of another.

The relationship isn’t based on mutual interests, trust, or affection.

It’s based on one person exploiting the other for their own selfish needs.

Below are signs a married man is using you:

Signs a Married Man is Using You 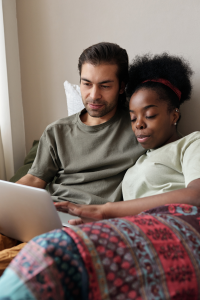 You’ve probably heard the term “Netflix and chill” by now.

It’s slang for staying in and watching Netflix together, with s*x being a strong possibility.

Married men who are merely looking to sleep with someone other than their wives ask women out this way, too.

If he never takes you on a proper date — one where he picks you up and pays for dinner — that’s a sign that he’s only interested in s*x.

This is especially true if he avoids making any concrete plans for fear that his wife might find out about it.

2. He only talks to you when he needs something from you

If a married man is being nice to you, but only when he wants or needs something from you, then it’s time to wake up and see the truth behind his actions.

You’re just being used by him and don’t even know it.

In a proper relationship, lovers communicate because they want to know each other more.

A married man who is using you isn’t interested in knowing you; he only communicates when he needs something from you.

3. He wants favors from you all the time

A married man who is using you will always need you to do things for him at one time or another.

If this guy always asks things from you but never gives anything back in return, there’s something wrong, and it isn’t right.

Relationships between people who mean well for each other should be ‘give and take.’

If you’re the one who keeps giving (time, energy, attention, even money) without you receiving, it’s one of the signs a married man is using you.

But don’t let the word fool you; he may use the word friend to keep his options open.

He might say he wouldn’t want to ruin his friendship with you so that he won’t be invested in a relationship with you. 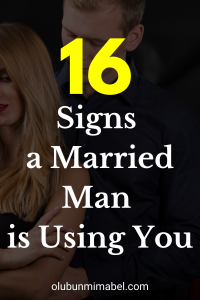 5. He’s reluctant to introduce you to his friends or family (and vice versa)

If a single guy is reluctant to introduce you to his family or friends, it could mean that he’s ashamed of you, embarrassed by your relationship, or pretending to love you.

But if a married man won’t introduce you to his family or friends, it might mean that he’s using you as an escape from the stresses of home life — and he doesn’t want anyone close to him to know about it.

If he constantly avoids inviting you over or making plans with people you know, chances are, he’s just using you.

He doesn’t mean well for you.

6. His wife is sick/pregnant

If his wife is sick or pregnant and she can’t meet his emotional, physical, and sexual needs, he might be using you to meet those needs.

When his wife is in better shape, he will dump you like a hot potato.

7. He doesn’t tell you about his personal life

If a married man has been having an affair with you for some time, he’s not going to risk letting you know too much about his personal life.

You might not even know where he lives or if he has kids.

That information will likely come out gradually over time, if at all, and only when it suits him.

You’ll notice that every conversation is about him or revolves around him. When you try to ask about his family, he’ll change the subject or act like it’s not important.

8. He tells you lies about everything he does at home with his wife

This will include lies about what they do together and how she treats him.

Maybe he’ll tell you she hits him or emotionally abuses him to get your sympathy and make himself look better than her.

He’s trying to make himself look like the victim to gain your sympathy and use you.

9. You do the things his wife won’t do 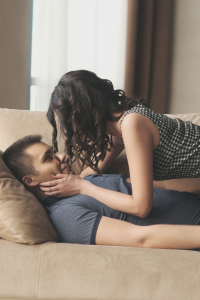 A married man might be using you to do the things his wife refuses to do with him.

Some men who can’t get their wives to do some s*x styles or activities with them may look for other women who can do those things with/for them.

Just know that a married man will not spend his days with you unless he has a reason to.

Think about the stuff you do together.

If he says his wife doesn’t do them with him, he’s using you to do them.

If he is only making plans for when it’s convenient for him, rather than trying to work around your schedule, he’s probably just looking for someone to hang out with when he doesn’t have anything better to do.

You always have to work with his time whether it’s convenient for you.

You even sacrifice important things for his convenience.

11. He only texts you and never answers when you call

He’s not going to answer the phone when you call him.

He’ll always text you back, though, because texting is easier to dodge than a phone call.

What if you’re in an emergency and you need him?

12. He never takes you out in public 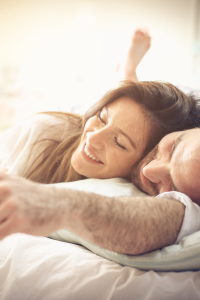 If the two of you go out, it’s always someplace secluded where he can make sure you won’t run into anyone he knows.

When he does take you out, it’s always after hours — like, after midnight.

You’re never at his place, either.

You only see him in the evenings and only when it’s convenient for him.

13. He likes to get handsy with you

He’s always touching you, always trying to hold your hand or pull you close for a kiss.

He’ll touch your thigh under the table, touch you anywhere he likes, especially if you don’t like it.

He enjoys groping you and treats your body like his toy.

A married man who is using you will be entitled and jealous.

He may get angry if you don’t answer his calls or text messages right away.

He may also get angry if you try to make plans with other people for the weekend.

He will think that since he is spending all this time with you, it means that he owns your time as well.

He may even try to spend money on you or buy you expensive gifts.

This is his way of trying to keep control over you.

15. He makes promises he doesn’t keep

When a married man dates you, he will give you promises.

But if you find that his promises are empty, there is nothing to expect from him.

His promise of visiting you will remain a promise; he will never visit you.

His promise of calling you back may end up as a lie.

And when you remind him about the promises he made, he makes excuses for not keeping them. 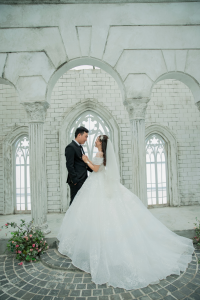 It goes without saying that if a guy is married, he shouldn’t be in a relationship with someone else.

You may have feelings for him and want someone you can call your own, especially if you’re lonely.

It doesn’t matter if he loves you and claims he doesn’t love his wife.

He made commitments to her, and he should stick to them.

If he has problems with his wife, that’s his problem, and he should fix them.

There are no positive reasons for dating a married man.

Even the good reasons don’t stand the test of time and turn out to be bad ideas in good ideas’ clothing.

If you find yourself on the brink of temptation, consider the pain and heartbreak you’ll have to suffer when things don’t go the way you want.

Even if he leaves his wife for you, it might not work.

You will constantly doubt yourself and your relationship with him because his wife knows all of his secrets and faults and can better understand him than you ever will be.

You will feel sad when his children come to visit and stay with their dad while she visits with her friends or goes shopping or goes out on a date with her man.

Now that you know the signs a married man is using you, make plans for your own and read how to get over being used by a married man. 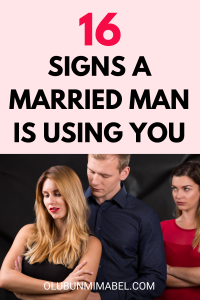