Perhaps you have wondered, ”Why do I attract guys who just want to sleep with me?”

”Why do guys want to hook up with me but not date me?”

”Why do guys only want to sleep with me?”

Are you the problem, or are the guys?

It could be so frustrating to be the girl that guys go-to for s*x.

You’re trying to find someone you can hold on to, but all the men in your life want to get between your sheets.

Unfortunately, there are a lot of men out there who will only use women for s*x.

The real question is, why are you attracting those guys?

Your question implies that this is a pattern for you, not an isolated example.

So what attracts these guys to you, and why don’t other serious guys approach you?

Why Do I Attract Guys Who Just Want to Sleep With Me? 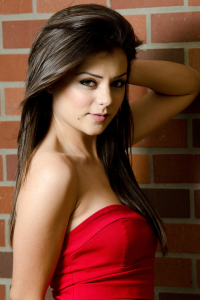 If you’re really attractive, you may be attracting guys who are just looking to get laid.

This is because (some) men think that hot girls have less to offer than less attractive women do.

They have no sense of humor; they’re boring.

In short, these men think they have a higher chance of being dumb/shallow/mean/self-centered, etc.

So, if a guy is very attracted to a girl, but she has no other good qualities, he’d only want to sleep with her because there would be nothing else she’s bringing to the table.

On the other hand, if a guy is only moderately attracted to a girl, but she has all kinds of incredible qualities (personality, character, humor, depth), he’d want more than s*x from her.

He’d want her as his girlfriend.

Apart from looks, what else do you have to offer?

2. You’re looking in the wrong places 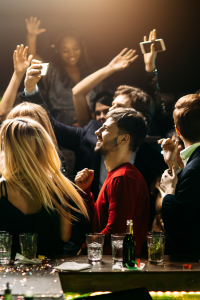 I’ve always believed that you can find love anywhere.

However, the “wrong places” are those primarily designed to facilitate hookups, not relationships.

When most people are looking to meet a man, they think about the typical places: bars, clubs, online dating sites, etc.

These are not necessarily great places to meet single men looking for something more than just s*x.

It’s a common problem, especially in this era of apps and websites that make it easy to hook up.

Most guys on there just want to get laid, so they aren’t going to make you feel good about yourself.

They won’t try to impress you.

They’ll just assume that you’d be willing to sleep with them, so they won’t waste any time making you like them first.

The solution: In addition to the typical places, start meeting men the old-fashioned way — in person.

Go out and do things you enjoy, attend social events, participate in religious programs, volunteer, and join clubs.

You’ll meet many interesting people at these places and maybe even make some new friends (remember: relationships start with friendships).

And if you do click with someone romantically, it’ll be a lot easier for both of you to stay interested because you’ll have other things in common besides s*x.

It’s time to start evaluating yourself and where you meet these guys.

When it comes to relationships, sometimes you have to go where the love is.

3. You have an I-don’t-care-what-happens attitude toward meeting guys 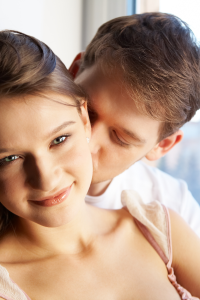 If you don’t care how things end up when you meet a guy, especially one who is your spec, then expect him to pick up on this and not want anything more than s*x.

It shows you don’t have values, so anything goes.

Because if you don’t stand for something, you’ll fall for anything.

If you let a guy determine the destination of your interaction/encounter with him, he might lead you to where you don’t want.

And if you do not resist, he’ll assume you want the same thing. 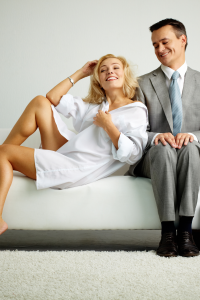 If you want a relationship, then stop talking about s*x in every other sentence.

Stop talking about how you “love” having s*x, your sexual preferences, and your experiences.

Guys will take such conversations as an open invitation to jump right in the sack with you without any commitment.

You need a man who wants more than just your body, so act like it.

And while you’re at it, ditch the cleavage-baring clothes, and remember that this is supposed to be about finding love, not getting laid.

5. You’re not telling men what you want

If you don’t tell men what you want, you’ll attract guys who only want to sleep with you.

You are not telling men what you want and what kind of relationship you’re looking for in your online dating profile or real life when you first meet them.

This makes it extremely difficult for men to gauge whether or not they should approach you because they don’t know if you’re a hook-up type of person or looking for something more.

They wouldn’t want to risk being turned down by a woman looking for something more serious than they are.

6. You don’t pick up on cues, and you play along

Many women make the mistake of thinking that if a guy is talking with them and asking them out on dates, he must be interested in them.

However, many guys are much more single-minded than that.

If they want to sleep with you, they will find a way to meet up with you.

If he isn’t asking you questions about yourself, if he isn’t interested in talking to you and getting to know you, it means one thing: he only wants one thing from you.

He only wants s*x.

If you keep answering his questions and he sees you’re enjoying it, he’ll be encouraged in his pursuit to roll in the hay with you.

7. Maybe you give off signals that you want to sleep with them, even if you don’t mean to

Are you showing up at the club in your hottest dress, dancing all sexy and girl next door-ish, and then expecting some random dude to bring home to your mom?

Probably not, but there’s a good possibility that you’re giving off “hook-up” signals.

If you have decided that you don’t want casual s*x and are ready for a relationship, it’s time to stop sending signals that say otherwise.

Do you dress a little bit more provocatively than most other girls?

Do you lean too close and flirt a lot?

Do you say things like, “I’ve never had a one-night stand before… but maybe with you, I could try it.”

If you answered yes to the above questions, then you are probably giving off signals that you want to sleep with them too.

And this is why guys who only want s*x will approach you instead of the other girl standing there looking cute.

Now, I know this might sound harsh, but if you have a problem with guys just wanting to sleep with you and not giving you the commitment that you want, then maybe it’s time to start acting more like the girl who doesn’t get approached much by guys who just want s*x.

Become a challenge for men, and they will want to take things further with you because they know that sleeping with them won’t be easy or guaranteed.

If you like someone and want them to like you for more than your body, try not to be so flirty.

Sure, a little bit here and there is great, but if all he sees from you is flirtation, then he will think that’s all your looking for too. 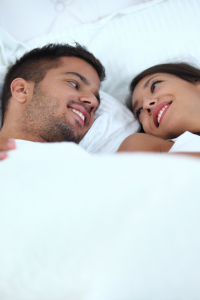 “I’m a good girl, but I just can’t attract a guy who wants to get to know me,” a lady once told me.

I laughed and said, “That’s because you’re attractive, and most men are only thinking about one thing.”

Recently, she started dating a guy who seems like a keeper.

She liked him a lot.

But there’s only one problem — he wanted s*x.

“It feels wrong to sleep with someone so early in the relationship,” she confessed. “But I don’t want to lose him!”

Out of fear of not wanting to lose him, she gave in and away went their romance.

I know a genuinely interested man will not lose interest in you because you got physically intimate with him.

But how will he be interested in you if he doesn’t know the real you?

And how will he know the real you if you establish a physical connection without an emotional connection?

Because this happens a lot.

A woman meets an amazing man and is immediately smitten by his charm, drive, and personality.

They just can’t get enough of each other.

Everything is going great until they have s*x — then everything falls apart.

This has happened before, so she knows what’s coming next.

He’ll pull away and start acting distant because he got what he wanted from her — s*x.

Eventually, he’ll disappear or move on to someone else who will be more willing to give him s*x without strings attached

9. If you only hang out with the guy at night, he might think that all you’re interested in is s*x 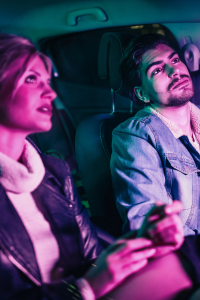 Maybe if you only hang out with a guy at night, he might think that all you’re interested in is s*x.

He might not even be looking for a relationship and is just looking for someone who wants to hook up with him.

The best way to show him you’re interested in more than just hooking up with him is by hanging out during the day.

Schedule a time to hang out when the sun is still up, like going for coffee or lunch.

He will probably catch on to what you’re doing eventually, so don’t waste your time on someone who’s not interested in wanting more than just s*x with you.

You probably do attract these types of men.

But that doesn’t mean it’s your fault.

Sometimes, we just end up in situations where we meet the wrong guy for us.

Sometimes, a guy is desperate and just wants s*x from anyone who will give it to him.

This is not your fault.

The truth is, a lot of men are like this.

You are the one who will determine who is worthy of your time and resources and who is not. 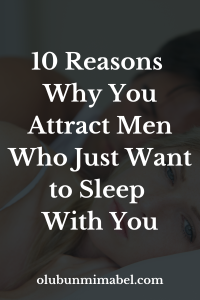 What Makes a Man Want to Kiss a Woman? These 15 Things!

16 Obvious Signs a Married Man is Using You: He Doesn’t Love You

14 Crucial Signs You Should Not Break Up: You’ll Regret It If You Do

24 Obvious Signs There Will Be No Second Date