It’s normal for couples to go through periods in which they don’t feel as connected.

But if your husband has become emotionally distant and only seems to pay attention to you when he wants something, it can be incredibly frustrating.

As a married woman, I can’t imagine being in a marriage where my husband doesn’t pay attention to me unless he wants something.

This is not a pleasant experience at all.

”My husband ignores me unless he wants something.”

If this sounds like you, what then can you do?

”My Husband Ignores Me Unless He Wants Something”

Here’s what to do:

1. Talk to your husband about why he is ignoring you 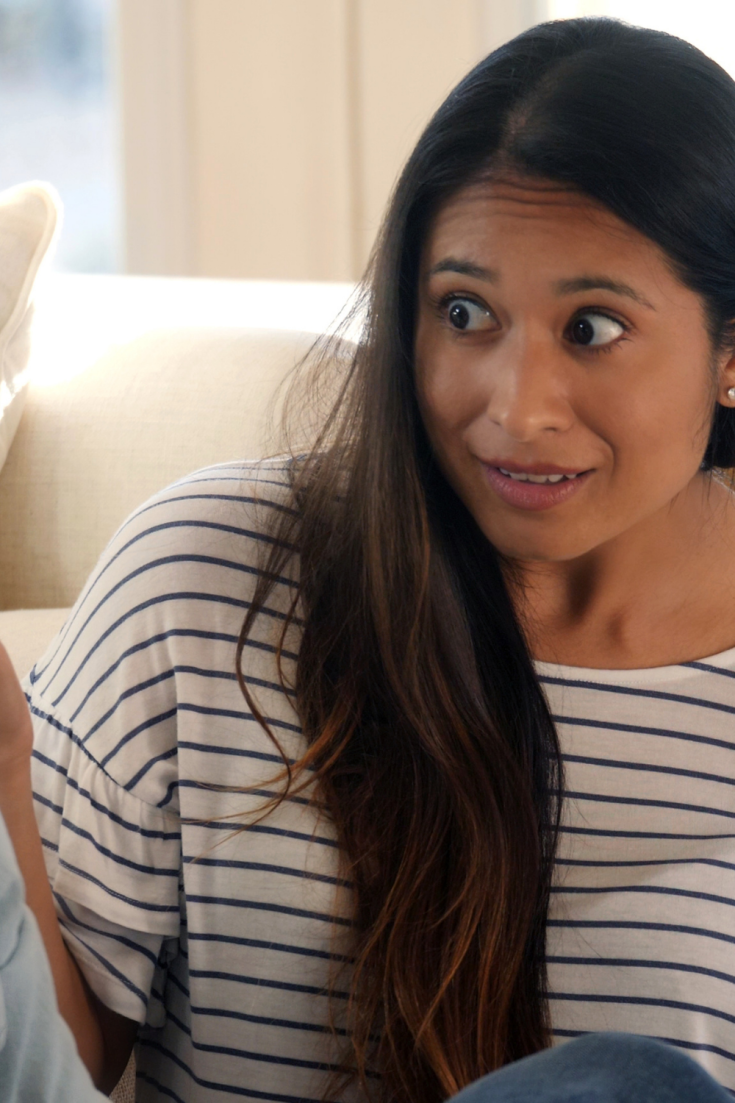 If your husband is ignoring you and only talks to you when he needs something, it can be a tough situation to deal with.

Not only is it hurtful to be ignored, but it can also be frustrating if you don’t know why he is doing it.

Don’t assume that his inattention is a reflection of how he feels about you or the marriage.

That is why you should communicate with your husband and try to get to the bottom of the issue.

Choose times to approach him when he doesn’t appear anxious or preoccupied.

If he is ignoring you because he is stressed or preoccupied with something else, then you can try to be understanding and patient.

However, if he is simply choosing to ignore you for no apparent reason, then it’s important to have a frank discussion.

Otherwise, the situation is likely to continue and potentially get worse.

Ultimately, if your husband is ignoring you, it’s best to talk to him about it and find out why he’s ignoring the woman he vowed to love and hold.

2. Explain to him how ignoring you makes you feel 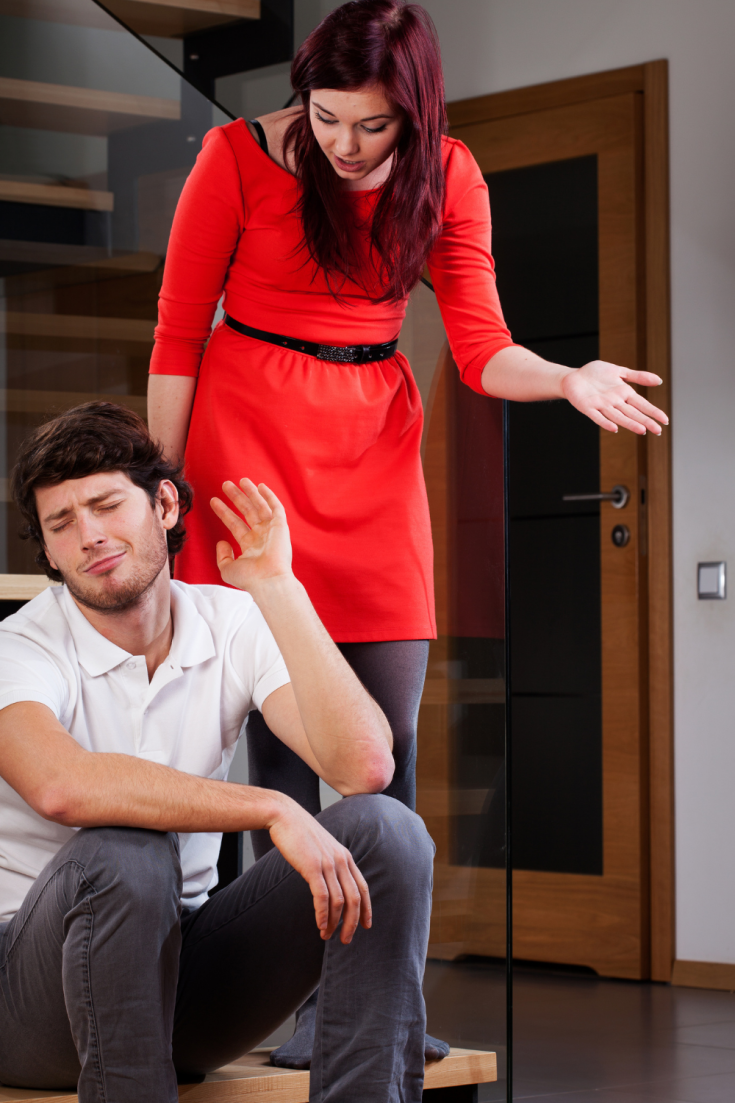 When your husband ignores you, it can feel very lonely.

You may feel like you’re the only one who is trying to keep the marriage going.

Explain to your husband how his ignoring behavior is affecting you and your marriage.

If he is truly unaware of how his actions are impacting you, he may be more likely to change his behavior.

On the other hand, if he is aware of how his actions are affecting you and he still chooses to ignore you, then that is a bigger problem.

3. Use “I” statements to express your feelings, such as “I feel ignored and unappreciated” instead of “You never listen to me”

When you’re feeling ignored, it’s easy to want to lash out and accuse your husband of never listening to you or caring about you.

However, this is likely to only make the situation worse.

Instead of using “you” statements, which can make your husband feel defensive, use “I” statements.

For example, you could say “I feel ignored and unappreciated when you don’t listen to me.”

This is more likely to get your point across without causing an argument. 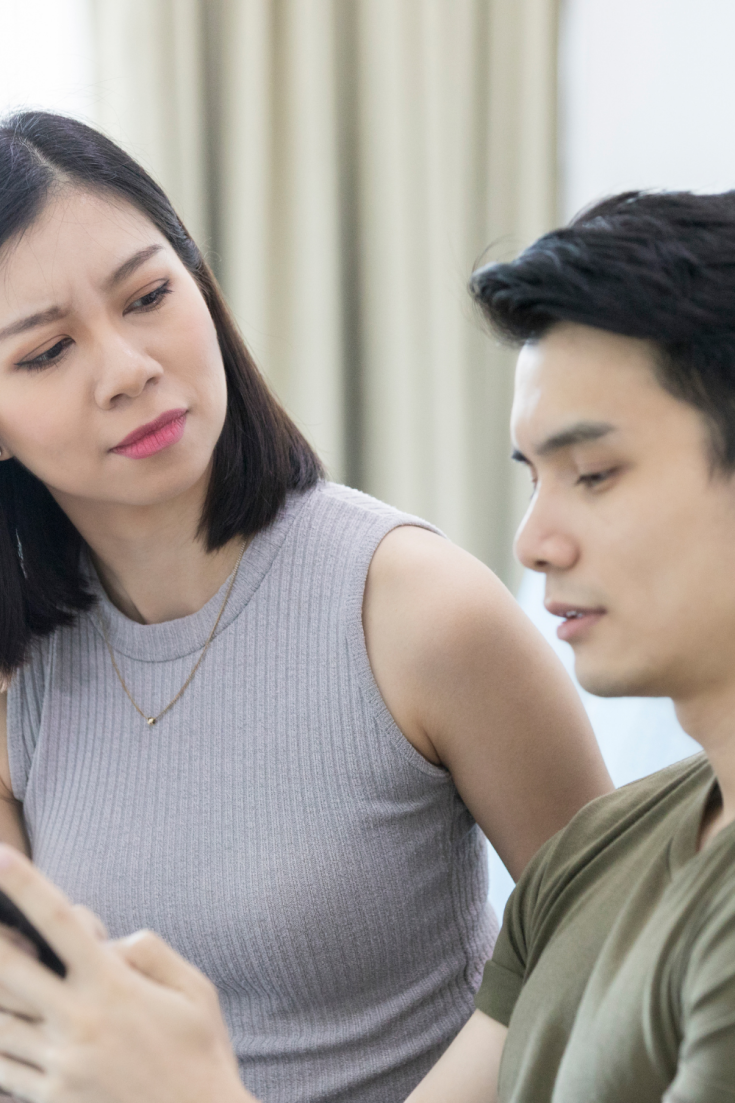 If you want your man to start paying more attention to you, it is important to state your expectations clearly.

Trying to communicate indirectly or hoping that he will just “know” what you want is often ineffective and can result in frustration.

When you state your expectations directly, you give him the information he needs to meet your needs.

Additionally, it shows that you are willing to work together to find a solution.

Take a deep breath and state your expectations in a calm and constructive way.

By doing so, you are more likely to get the results you are looking for.

It’s also important to interpret what his ignoring you means.

For example, you could say “If you don’t start paying attention to me, I’m going to assume that you’re not interested in my life and our marriage.”

This will let him know that you’re serious about the situation and that you’re not going to tolerate being ignored any longer.

5. Ask him to state his expectations too

If you want him to stop ignoring you, it is important that you hear out his expectations.

Maybe you are not meeting his expectations too.

So, sit down with him and discuss what he needs from the relationship.

Whatever his needs may be, try to meet them halfway.

If you can both compromise, you will be able to build a stronger, more fulfilling relationship. 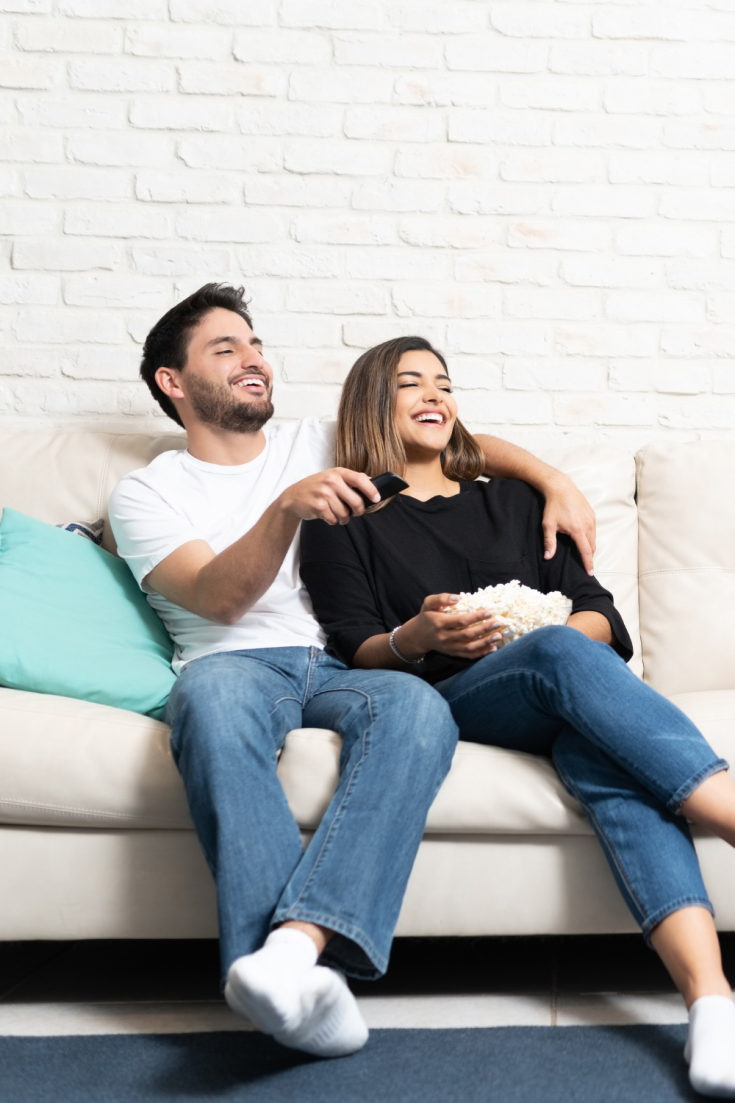 If you want to start communicating with your husband again, try to find common ground.

It can be difficult to try to engage someone who seems unwilling to interact, but it’s worth making the effort.

If you can find something that you both enjoy or are interested in, it will be much easier to keep the conversation going.

Even if it’s something as simple as a shared love of a particular TV show or movie, it can be a starting point for further discussion.

One of the ways my husband and I spend time together is by watching a movie or TV show.

If you’re both struggling to find common ground, try thinking about what you used to do together before things went awry.

If you both don’t give up, you’ll find a way to connect eventually.

Just find ways to have fun together.

7. Give your husband time to process what you are saying rather than expecting an instant apology or resolution

After you’ve had a conversation with your husband about how his ignoring behavior is affecting you, it’s important to give him some time to process what you’ve said.

Instead, give your husband some space to think about what you’ve said and how he wants to respond.

If he is truly sorry for his actions, he will eventually come to you and apologize.

8. Stop giving him whatever he wants 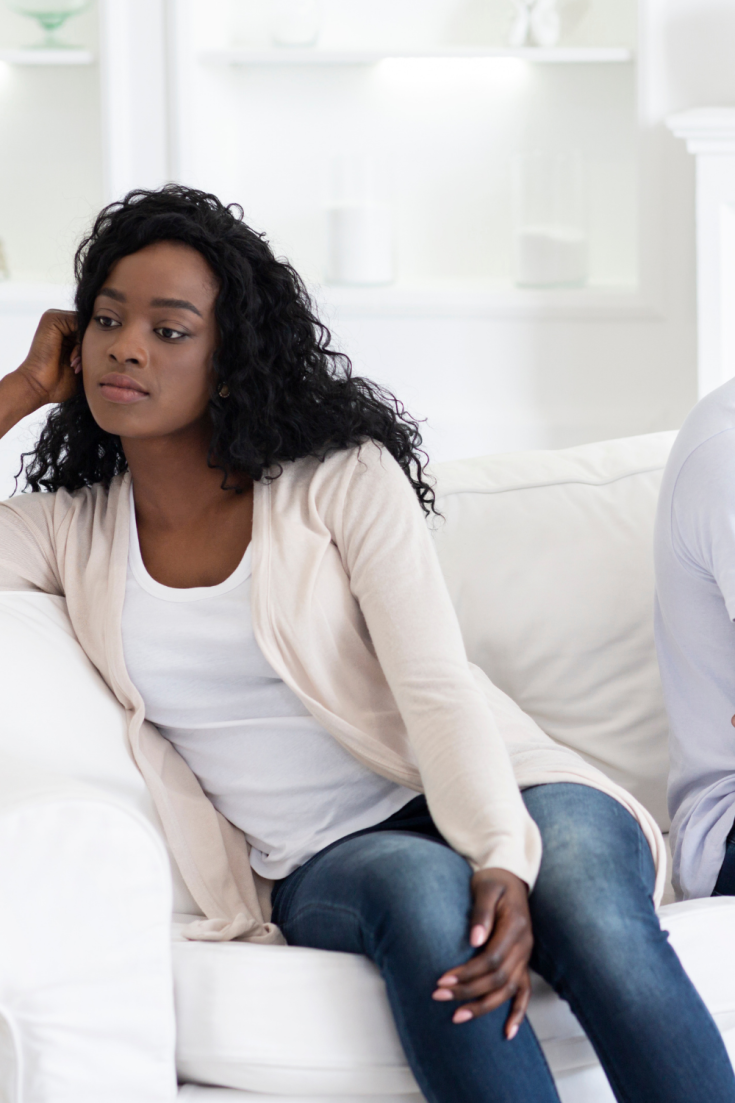 If you want him to stop ignoring you, stop giving him whatever he wants.

If you keep giving in to what he wants, he has no incentive to change his behavior.

He knows that he can get away with ignoring you because you’ll always give in eventually.

So, if you want him to start paying attention to you and not just when he needs something, you need to show him that his behavior has consequences.

Stop giving in to his demands and see how quickly he starts paying more attention to you.

Chances are, he’ll start being a lot more responsive when he realizes that he can’t just take you for granted anymore.

Be clear about what will happen if his behavior continues.

You don’t have to tolerate disrespect in a relationship, so set your boundaries and make it clear that you won’t stand for this kind of treatment. 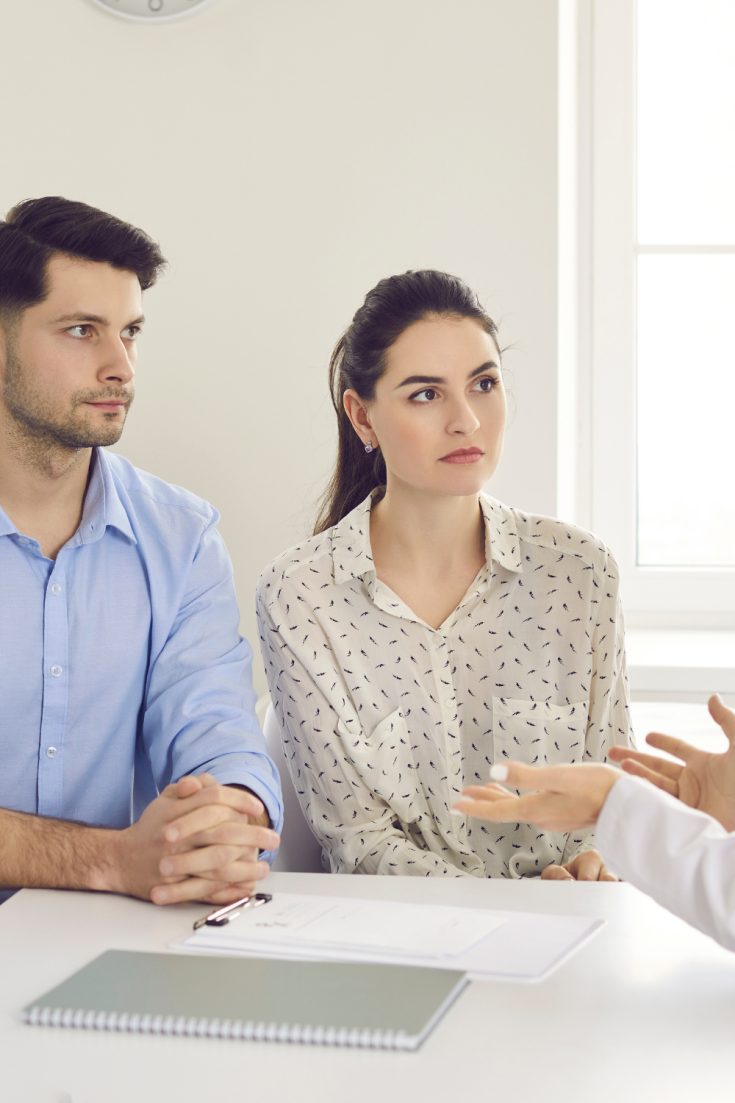 If your husband is ignoring you and nothing seems to be changing, it may be time to seek counseling.

This is a big step, but it may be necessary if you feel like you’re at the end of your rope.

A counselor can help you and your husband communicate better and find ways to work through the issue.

If your husband is unwilling to go to counseling, you may still be able to benefit from meeting with a counselor on your own.

If he doesn’t change his behavior after you’ve done all these, your marriage might be in serious trouble sooner than you expect. 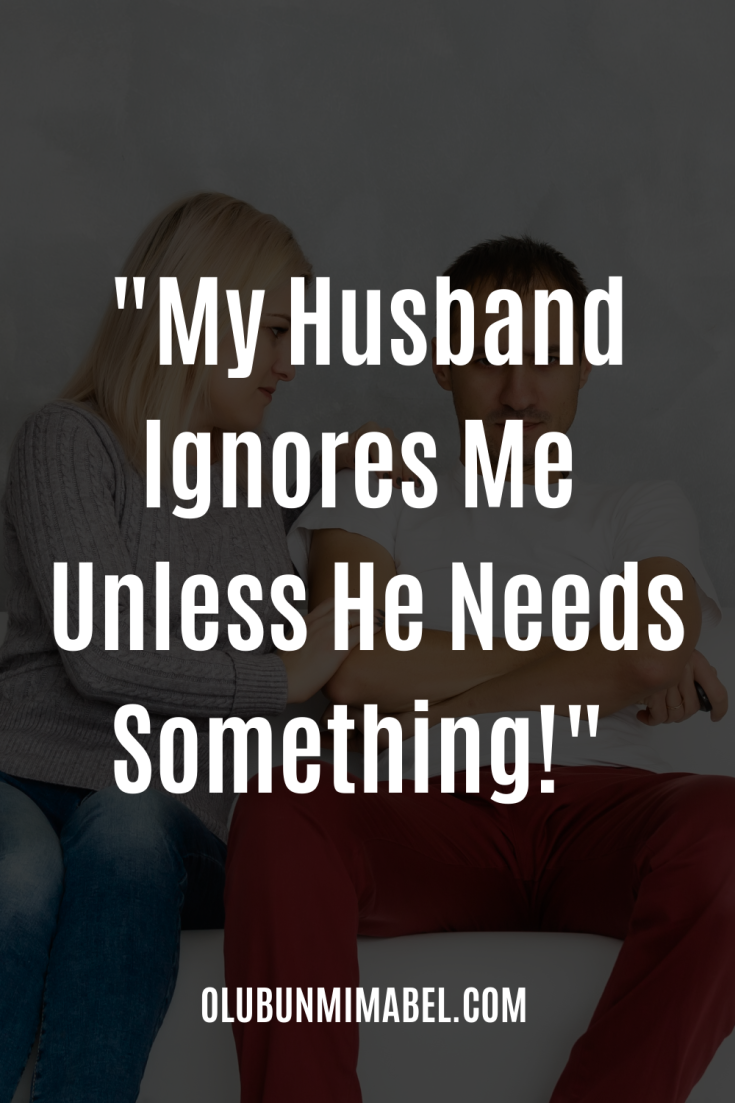