You can’t imagine life without him and the thought of breaking up is unthinkable.

But if you’ve been noticing signs that he might be ready to let go, it’s important to know what they are so you can make a decision about whether or not this relationship is worth fighting for.

Are these signs pointing towards an inevitable breakup?

What are the signs the relationship is over for him?

20 Signs The Relationship is Over for Him

If he is busy or doesn’t want to talk to you, that’s one thing.

But if he consistently avoids your calls and makes up excuses not to see you, it could be a sign that he is over you.

He’s not picking up when you call.

Effective communication is one of the pillars of a working relationship.

So, if he’s not making any effort at communicating with you, he’s slowly closing the window on your relationship.

Lack of communication is one of the classic signs that a relationship is over.

One of the signs he may be pulling away is if you feel like he is emotionally unavailable.

If conversations that used to bring joy now only result in brief responses or no response at all, this could be a sign he isn’t invested in the relationship anymore.

He might not even want to spend time with you and will make up excuses for why he can’t see you or come over.

If he is withdrawing from conversations and activities that were once important to the two of you, it could be a sign he has mentally checked out.

He may still be physically there, but he is emotionally absent.

3. He Doesn’t Care About Your Needs or Wants Anymore

If he has stopped asking you how your day was and hasn’t initiated a date in weeks, then the signs are clear enough: he isn’t thinking of you as his partner any longer.

Even though some people consider questions ”how are you”, ”have you eaten”, ”are you okay” etc. mundane, the truth is, these questions communicate our care and concern for the person we are asking.

So if he used to ask about your welfare this way, and he’s no longer doing so, something is wrong.

4. He Stops Doing Things for You

When a man really cares about a woman, one of the things he’ll do is try to make her happy by doing little things for her.

If he suddenly stops doing the little things he used to do to make you happy, it’s one of the signs the relationship is over for him.

5. He Cancels More Plans Than Usual 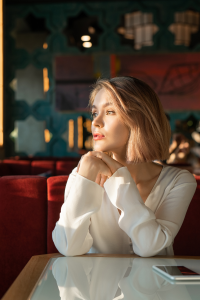 While there may be times when things come up and one person has to cancel on the other, if this happens frequently it could be a sign he is not as invested in continuing things as you are.

6. You Find Out He’s Been Lying to You

This one is pretty self-explanatory.

If your man has been caught in a web of lies, it is likely because he knows the truth would end things between you two.

If he has nothing to hide, there’ll be no need for him to lie.

Nothing breaks down the walls of a relationship than dishonesty.

Because it will lead to the breakdown of trust.

What is a relationship without trust? 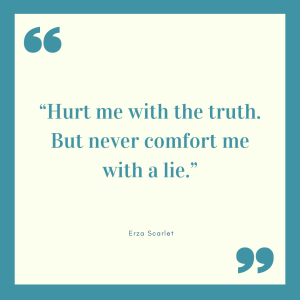 “Hurt me with the truth. But never comfort me with a lie.” Erza Scarlet

7. His Body Language Changes when Around You

This one can be tricky because people naturally act differently in different situations.

However, if he seems to physically pull away or is not as attentive when you are together, then signs the relationship is over for him become more clear.

8. He Starts Initiating Breakup Conversations With You

If he has started bringing up issues in your relationship or talking about how things aren’t working out between the two of you, it might mean he is looking to end things soon.

Every relationship has its ups and downs but if he is focusing on the negatives than the positives, he might be losing interest in you.

9. His Moods Are All Over the Place 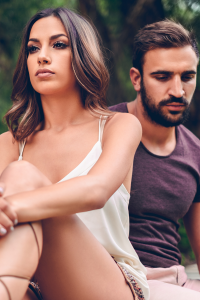 If he is suddenly really happy one day and really down the next, this could be a sign that something is up.

Of course, you don’t expect him to be happy all the time whenever he’s with you.

But if he’s constantly moody when with you, when there’s no valid reason for him to be, the relationship might be over for him.

12. You Catch Him Staring at Other Women 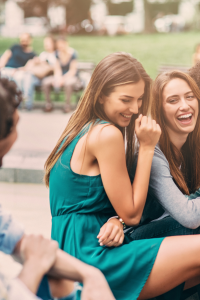 This one can obviously go either way – he could simply just find someone attractive or he could be mentally cheating on you.

Either way, if you see signs he is attracted to other women, it’s likely because he has already moved on from you.

13. He Stops Talking About The Future

If your man has always been the type to talk about plans for the future and now he doesn’t want to talk about anything beyond the next few weeks, it’s possible he is no longer interested in what the future holds with you.

14. The Chemistry You Once Shared is Gone

When you first started dating, everything seemed so natural.

Even if the chemistry seemed low at the beginning, it picked up once you spent more time together.

But now, you feel like the passion that brought you together has diminished.

You can’t put your finger on it, but you both seem to have changed.

You hardly talk anymore, and even when you do, it feels forced.

Sure, there are times when couples will experience a dry spell or a lull in their relationship.

But if those issues aren’t being addressed, odds are that dry spell isn’t going to end anytime soon.

15. Your Time Together is No Longer Fun 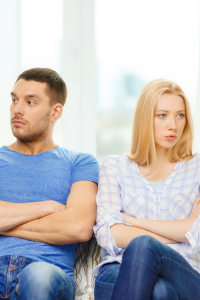 Perhaps this is one of the biggest signs that the relationship is over for him.

When two people first meet and then fall in love, there are moments when both can’t stop laughing.

They focus on silly things and find a way to laugh.

You laugh a lot when you are in love.

In fact, it may seem like a requirement for your relationship to be the perfect one.

But now, you realize don’t laugh together anymore.

You don’t make each other giggle or smile anymore.

When you’re together alone, silence reigns.

And worse, it feels like it’s causing tension between you both?

If he isn’t as excited about spending time with you anymore, then this could mean that his feelings have shifted.

16. He No Longer Wants to Kiss You Goodbye or Hug When Seeing Each Other

This one may seem obvious, but sometimes people don’t realize how important little signs are until they’ve already moved past them.

If your man used to always make an effort to show signs of affection before leaving but has stopped doing so recently it means something.

17. He No Longer Seeks Your Opinions

You’re his partner — his confidant.

You’re the person he goes to when he needs advice or just needs to talk.

If he is no longer interested in hearing your thoughts or opinions on anything, then this is likely because he has already mentally moved on. 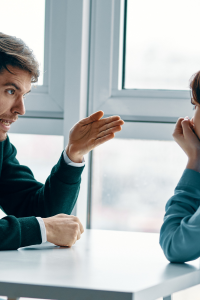 When the relationship is over for him, he finds faults easily.

Maybe because of his perfectionist characteristic or he has become very critical of you and everything in your life.

If you are with a man and he keeps finding fault in everything you or you notice a pattern of nagging behaviors and unrealistic expectations, then chances are he’s lost interest.

He is either planning to leave you or is thinking of a reason to end your relationship.

If he used to tell you he loved you, but now he has completely stopped, then it’s time to start worrying.

Saying “I love you” is a big deal for many guys, so when they stop saying this phrase, it could mean that the relationship is on its way out.

20. Your Instincts Tell You Something is Wrong 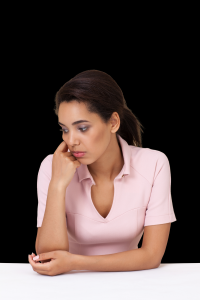 If you have a feeling that something is off in your relationship, and all of the signs above seem to back it up, then it’s important to trust your instincts.

If you feel like things are no longer right between you two, there might be a good chance that they aren’t.

There are obviously many other signs that a man may be over a relationship, but these are some of the most common ones.

If you are seeing any of these signs in your own relationship, it might be time to have a conversation with your partner about where things are headed.

It is always better to have an open and honest discussion than to drag things out or wait until things fall apart completely. 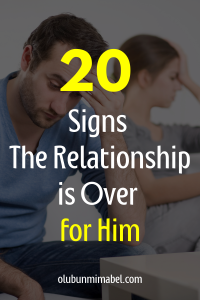 How To Get Over a Breakup Like a Boss

29 Signs He Wants You to Leave Him Alone

13 Signs He Will Never Leave You

19 Signs He Wants a Relationship With You