You’ve met a guy who seems interested in you, or maybe you are even friends.

But he hasn’t asked you out, and you’re wondering whether he ever will.

Maybe he goes radio silent for days or weeks at a time.

Or he’s always canceling plans with no notice.

And when he does finally reach out, it’s just to say, “Hey.”

If these are the things that happen regularly, then you’re likely dealing with a guy who will never ask you out.

Getting caught up in a relationship is so easy that you don’t even realize it’s not going anywhere.

Here are some signs he will never ask you out to help you identify these types of dudes before they end up wasting your time:

14 Signs He Will Never Ask You Out

1. He doesn’t look you in the eyes when he talks to you 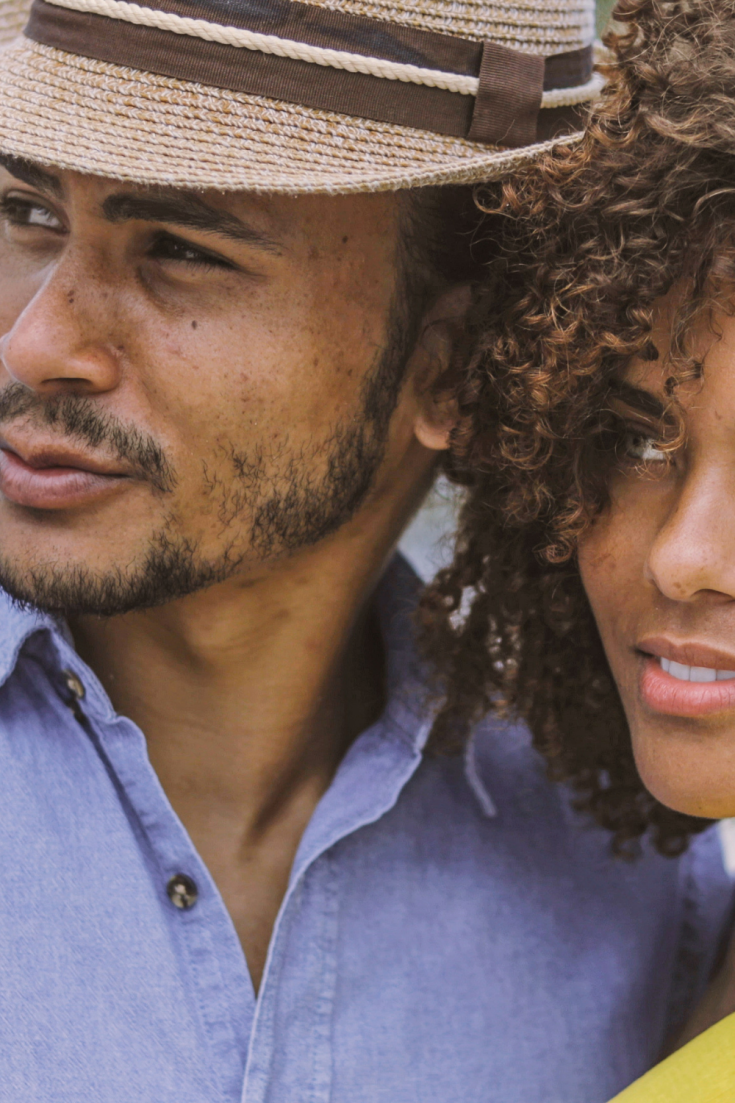 If he’s talking to you and he doesn’t look in your eyes, he probably doesn’t think much of you.

If a man is in love and interested in a woman, you’ll see it in his eyes.

The eyes are the windows to the soul.

Women can always tell when a guy is into them just by looking into their eyes.

Even the shy ones will still make attempt at eye contact.

I’ve been married for more than five years, and I sometimes feel chills down my spine from how my man looks at me.

Okay, maybe your guy maintains eye contact with you, but for another reason—to get in bed with you.

A reason you do not want.

So, it could be that he only wants something casual with you.

If this has been your experience, it’s one of the signs he will never ask you out.

2. Your friends don’t like him, and neither do your parents

I always emphasize the impact of loved ones on our dating experiences.

Your family and friends are in your life for many reasons—to be a support system for you and to see things you do not see when you’re in love.

So, if your friends and family have met him and don’t like him, they might be picking up on something about him that makes them wary of him.

Maybe they see or keep telling you he’s up to no good.

Maybe they see he’s a time-waster who keeps monopolizing your space and will never ask you out while you keep hoping he will.

If your loved ones have met him and they have nothing good to say about him, maybe you two will never be an endgame.

3. He gives you inconsistent communication signals 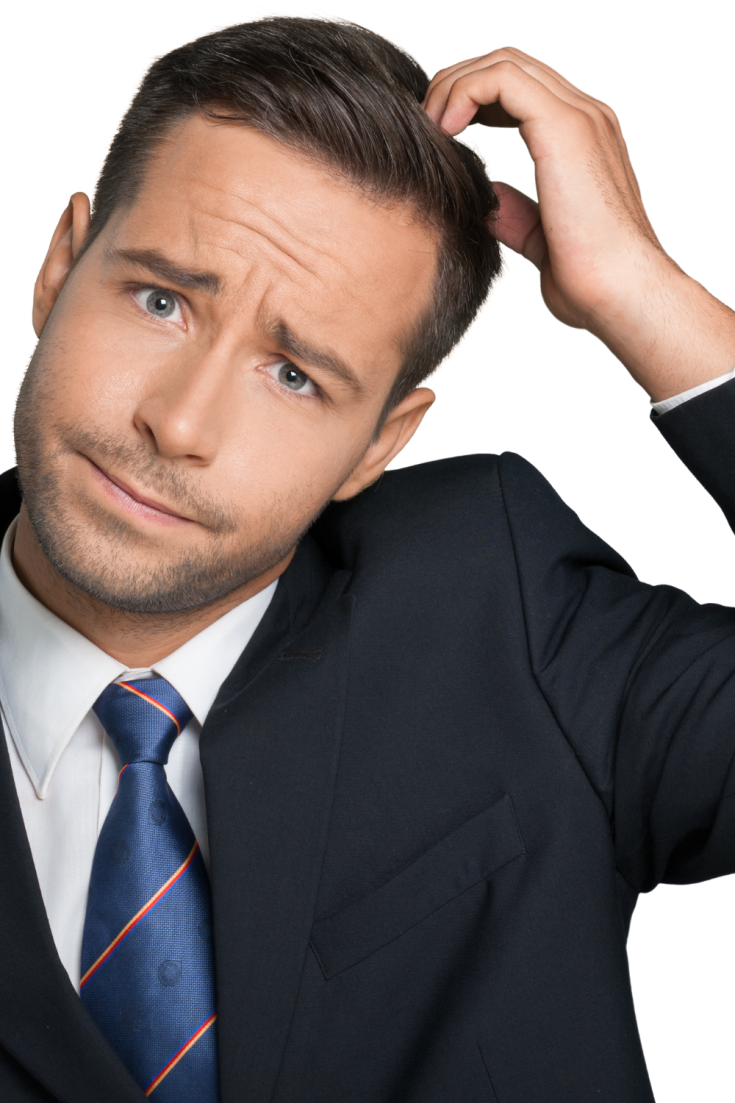 If a guy is ever going to ask you out, he’ll love speaking with you because he enjoys your company.

He’ll ask you out because he wants more of that.

A guy who will never ask you out will give you inconsistent communication signals.

He will consistently ghost you or send out confusing signals.

If his words don’t match up with his actions, that’s a sign that he won’t ask you out.

4. He doesn’t ask you questions about yourself

If he’s not asking you questions, it means he’s not interested in getting to know you better.

You might think he’s shy or nervous, but if he doesn’t ask you anything about your life, he isn’t interested in getting to know you better.

A guy who will ask you eventually will want to know about the woman he wants to be with to build an emotional connection with her.

5. He sees you as one of his friends 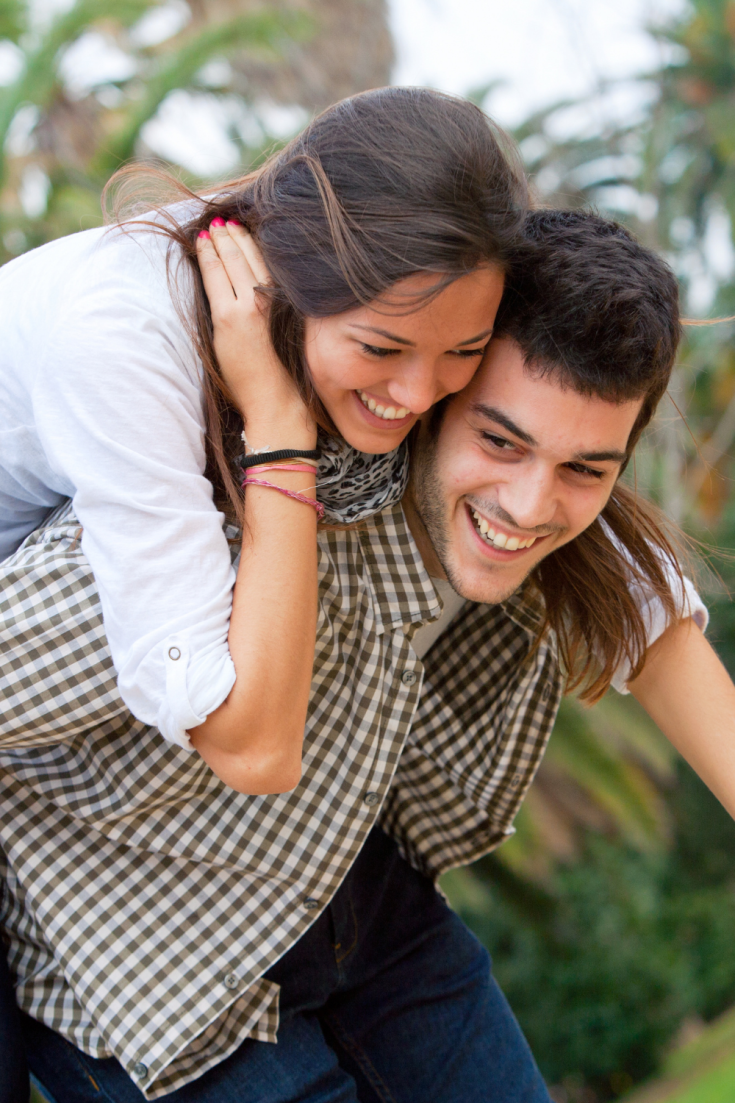 If he has a habit of asking you to do things with him, he probably just wants to spend time with you.

However, if he never asks you out or tries to make plans with you, it could be because he’s not interested in dating you.

He might see you as someone he can have fun with but not someone he’d want to date.

Even if he does like you, his desire to keep things platonic is stronger than any romantic feelings he has for you.

6. He makes no effort to impress you – especially when it comes to dressing up 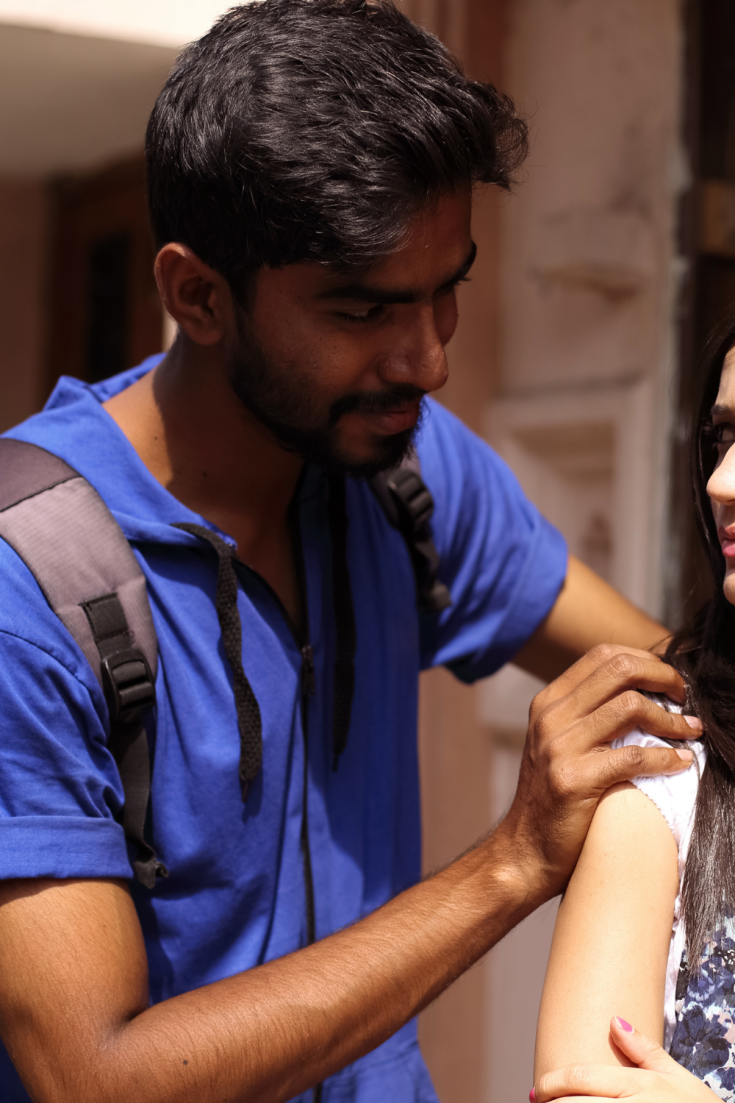 When a man is serious about impressing a woman, he will make sure his clothing and grooming are on point.

I’m not saying he needs to be in a three-piece suit every time you see him, but he should at least look presentable.

If he doesn’t make any effort to look good for you or doesn’t bother to dress up when he knows you’ll be around, it’s a sign that he doesn’t really care about impressing you.

7. He always has an excuse not to hang out with you

If he’s constantly busy or always has an excuse not to hang out with you, it could be because he doesn’t want to spend time with you.

Maybe he is just not interested in you, or maybe he’s seeing someone else.

If he’s not making time for you, it’s a sign that he’s not interested in taking things to the next level.

8. He flirts with everyone else but you

This one is pretty obvious.

If he flirts with everyone but you, it’s because he doesn’t see you as a potential romantic partner.

He might just see you as a friend or someone he can flirt with to pass the time.

When a man likes you and is looking to ask you out, he will make his intentions known by flirting with you subtly.

If he’s not doing that, he might not have such intentions towards you.

9. There is no chemistry between you two

If there’s no chemistry, it’s probably because he’s not interested in you.

There might be a physical attraction, but if there’s no emotional connection, it’s not going to go anywhere.

You might be able to force yourself to have fun with him, but if there’s no real spark between you two, it’s not worth pursuing.

And he will never ask you out if there’s no chemistry between you.

10. He never gives you a compliment on your appearance

If he’s never complimented your appearance, it might be because he doesn’t find you attractive.

Of course, there are other reasons why he might not compliment you, but if he’s constantly talking about how hot other women are and never you, it’s a sign that he’s not interested in you.

When a man is interested in a woman, he will find ways to be subtly flirty with her.

One way to do this is by giving her a nickname or calling her babe.

It’s a small way to show affection without being too forward.

If he’s never done this with you, it could be because he doesn’t see you as a potential romantic partner.

12. He doesn’t want to be seen with you in public

If a guy is interested in you and plans to ask you out, he will be proud to be seen with you in public.

If he doesn’t want that with you, how then will he ever ask you out?

13. He never talks about his personal life with you

He might think of you as a friend or someone he can confide in, but if he’s not interested in sharing his life with you, it’s not going to go anywhere.

If you only know about him and don’t know the real him because he does not share his true self with you, he might not have any romantic interest in you. 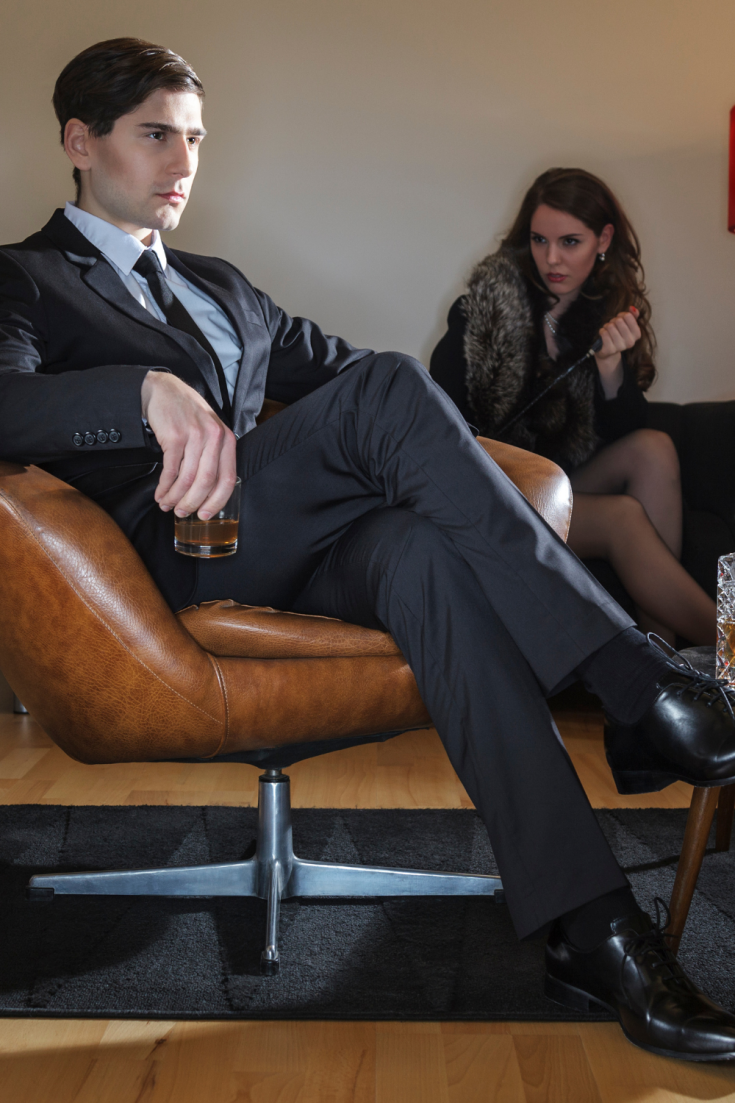 This one is pretty self-explanatory.

If he seems not that into you, it’s because he doesn’t see you as a potential lover.

He might think you’re a great person but not enough to date you.

These are possible signs he will never ask you out. If you notice any of these signs, it might be best to move on and find someone who is interested in you.

Of course, every situation is different, so if you’re not sure, it’s always best to ask him directly.

But it’s probably not worth pursuing if he’s not interested in you. 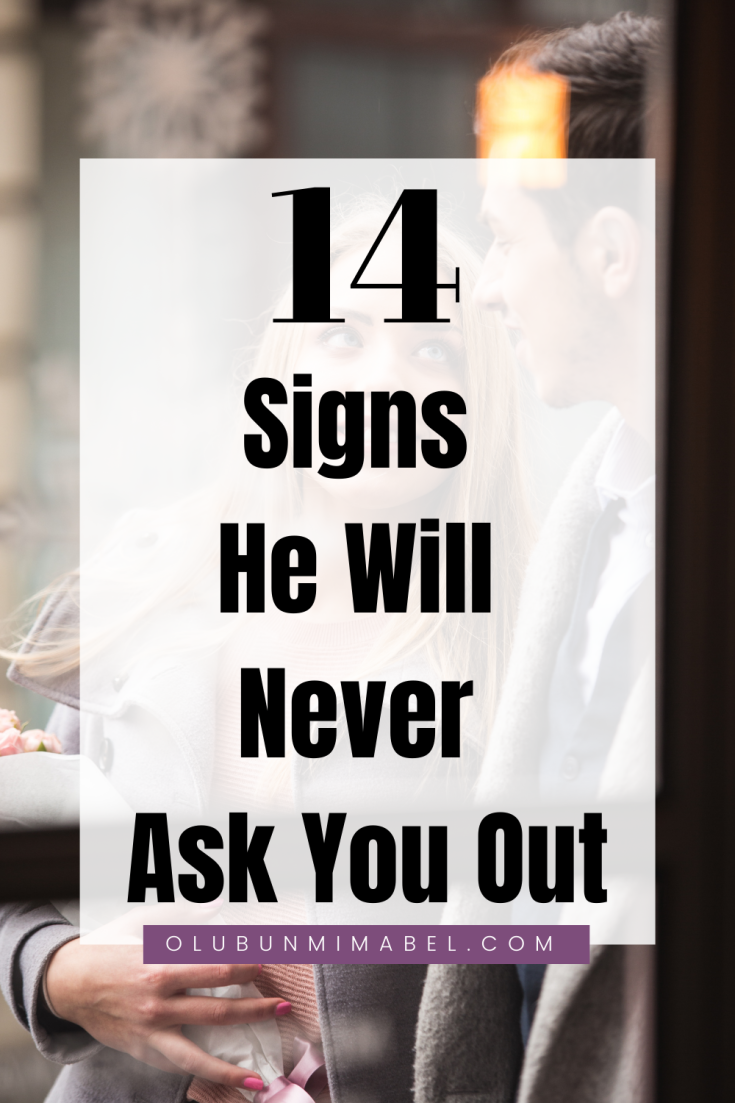