You might have a narcissist in your life and not even know it.

Narcissists can be charming, fun, and charismatic.

They are often well-liked by their friends and family members.

But behind closed doors, they are controlling and abusive.

A narcissist is done with you when they no longer see you as a source of supply.

You are no longer useful to them.

They no longer feel the need to impress you or win your approval.

They don’t compliment you on anything anymore and have stopped making any effort to make you feel good about yourself or about anything in general.

If you’re dating a narcissist, they will likely tell you that they love you before they even show it.

They will promise you the world and make you believe that they are perfect for you.

But once the facade wears off, things will start to change.

Here are signs a narcissist is done with you:

15 Signs a Narcissist is Done With You 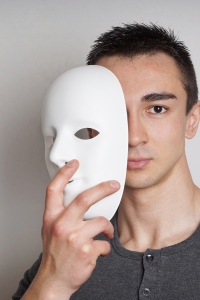 Narcissists are master manipulators, and they have an entire arsenal of tools at their disposal to get what they want.

One of these tools is putting on a mask for others, making it difficult for people to figure out who they really are.

When a narcissist is done with you, they drop the act they were putting up and start to show their true colors.

They will no longer try to hide their flaws, intentions, and imperfections.

You will see them for who they are – selfish, manipulative, and callous.

2. You are no longer useful to them

If a narcissist thinks you have outlived your usefulness, they will discard you.

They don’t care about your feelings; they are only concerned with what they can get from you.

Once they have used up all of their resources or think that you will not give them anymore, they will move on.

If a narcissist no longer benefits from you, they are done with you. 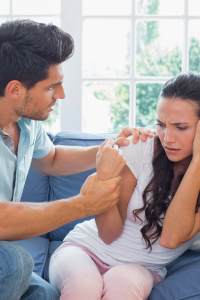 A narcissist will treat people differently based on how useful they are to them at that particular time.

If you are not useful to them anymore, then there’s no reason for them to treat you well because it doesn’t benefit the narcissist in any way.

This often makes them rude, disrespectful, and even abusive towards you. 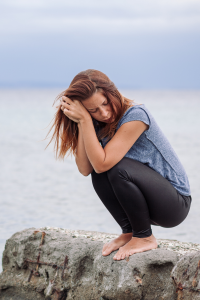 When a narcissist has decided that they’re done with someone, they will often disappear without any warning or explanation.

This is known as “ghosting,” and it’s become more common since the advent of social media and smartphones.

They stop responding to your texts and calls.

They ignore your messages, even if they’re important or urgent.

They give excuses for not spending time with you.

This is because they have moved on to someone else who they think is a better source of supply.

5. The romance spotlight is no longer on you

In the beginning, the narcissist will be all over you.

They will shower you with attention and compliments, which can be very flattering.

They may even go so far as to tell you that they’re falling in love with you.

The romance spotlight is on you, and it feels amazing!

But once a narcissist is done with you, you are no longer deemed worthy of their attention.

You are a bore, an annoyance, or just not as exciting as the new person.

6. You are accused of cheating or flirting, which is the most common reason narcissists dump you 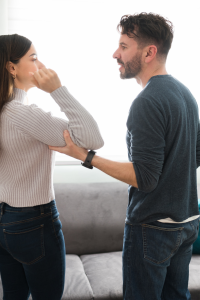 A narcissist is always looking for a reason to break up with you, and one of the most common reasons is that they accuse you of cheating or flirting.

This is because they are paranoid and insecure, and they need to find a way to justify breaking up with you.

It’s also a way for them to control you by making you feel guilty and ashamed.

Once a narcissist starts making baseless accusations against you, they try to break things off with you because they are done with you.

7. You catch them in a lie, and they can’t defend themselves

Narcissists are master liars, and they will often try to gaslight you into believing their lies.

But if you catch them in a lie, they will have difficulty defending themselves.

This is because they are not used to being challenged, and they will often get angry or defensive when confronted.

If you catch a narcissist in a lie, it’s a sign that they are done with you.

8. They withdraw compliments and positive reinforcement

In the beginning, a narcissist will give you compliments and positive reinforcement to make you feel good about yourself.

They do this because they want you to feel indebted to them and keep you under their control.

But once they are done with you, they will start to withdraw these compliments and positive reinforcement.

This is because they no longer need to keep up the act, and they want you to feel bad about yourself so that you will be more likely to comply with their demands, which is breaking up with you now. 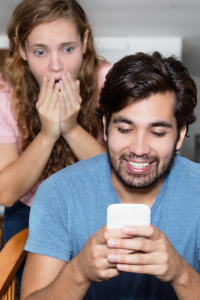 A narcissist will often move on to a new love interest quickly after or even before breaking up with you.

This is because they need constant attention and admiration, and they can only get that from someone new.

So if you see signs that the narcissist has a new love interest, it’s likely that they are done with you.

Some signs to look for include:

-They talk about someone new all the time

-They are protective of their phones

-They are distracted when with you

-The narcissist is being secretive and not telling you about their whereabouts and all the other signs of cheating.

10. They make everything your fault

One of the signs a narcissist is done with you is acting like you’re the problem.

They will make everything your fault.

They will say that you were too needy, clingy, or demanding.

They will say that you didn’t appreciate them enough or weren’t good enough for them.

They will do everything they can to make you feel like the breakup is your fault so that you will take all the blame, and they can move on guilt-free.

11. They knowingly use your deepest secrets against you in an attempt to hurt and humiliate you

Narcissists are master manipulators, and they will often use your deepest secrets against you to control and hurt you.

They know how much these things mean to you, and they want to use them as ammunition to break you down.

If the narcissist is using your deepest secrets against you, it’s a sign that they are done with you.

Since you are no longer useful to them, they’ll go to any length to break you because there are no consequences for them.

12. They start talking badly about you to other people

Narcissists love to gossip and spread rumors, and if they are done with you, they will start talking badly about you to other people.

They will say things like you’re crazy, clingy, or possessive.

They will try to make you look bad to other people so that they can feel better about themselves.

Don’t forget that narcissists can be quite charming and convincing, so people may believe what they’re saying about you.

13. You feel like you’re always walking on eggshells around them 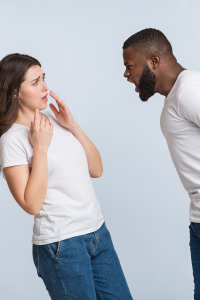 Even when a narcissist is yet to be done with you, you always feel like walking on eggshells.

You’re constantly worried about doing or saying something wrong and making them angry.

You’re always trying to please them and make them happy, but it never seems enough.

And now that they are done with you, it’ll get worse.

Because they are ready to leave you, they will be more critical, mean, and aggressive towards you, and you’ll be more fearful of them.

14. They start to provoke you and push all your buttons 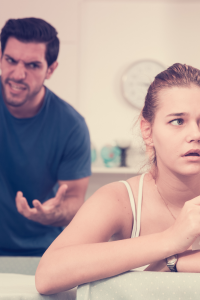 Another sign a narcissist is done with you is provoking and pushing all your buttons.

They know exactly what to say and do to make you react.

And they do it because they want to see you lose control and get upset, so they can use it against you later on.

It’s one of their favorite ways to keep control over their relationships — and once they do it enough times without getting a reaction, they’ll stop doing it altogether because it’s no longer working for them.

So if suddenly the narcissist starts provoking you even though they haven’t been doing it before, it’s a sign that something has changed.

15. You catch them with their flirty pants on

Narcissists love the thrill of the chase.

Once they are done with you, they’ll start to flirt with others.

They may even tell you about it or do it in your presence to make you jealous.

If you confront them, they will try to deny it and gaslight you into thinking that you’re being paranoid, but the truth is, they’re just ready to move on.

Narcissists are not good partners to anyone, especially to those who let fear of being alone drive them toward staying with a narcissist.

A relationship with a narcissist is characterized by instability, manipulation, and power struggles.

No matter how hard you try to please them or make things work, it will never be enough.

The best thing you can do is walk away before they suck you dry emotionally and leave you with nothing.

You deserve better than someone who will only use and abuse you.

Don’t let the narcissist control you any longer.

Go for therapy or read self-help books to work on your emotional healing.

You can also join a support group for people who have been in narcissistic relationships.

The most important thing is to start taking care of yourself. 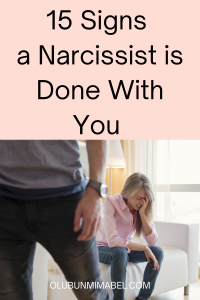