I recently stumbled on a thread where some women lamented, ‘I hate it when my husband is home.’

Marriage is a committed and strong relationship between your husband and yourself.

Both of you get along so well, have mutual interests, and can resolve conflicts amicably most of the time.

Romantically, you see yourself as a lucky fellow who wouldn’t hesitate to answer ‘yes’ when asked if they love their husbands.

However, you notice that sometimes, you feel strong hatred and dislike towards your husband.

This may have a reason backing it up or it can be for no reason at all.

When you experience hate momentarily for the one you love, it can be frightening and confusing at the same time.

Some women admit that they experience these conflicting feelings more whenever their husbands are at home with them.

What could be the possible causes of this and how can it be tackled? Here are some tips to help you get a grip on your feelings.

I Hate It When My Husband is Home: Why You Don’t Enjoy Being Around our Husband

There’s always this point where it’ll stop feeling like your husband and yourself are equals in the relationship.

Perhaps, it has always been this way but you had your head too up in the clouds about him that you didn’t notice.

It can also be that he has a personality that’s prone to taking you for granted just because both of you have spent so many years together.

The bottom line is that he just doesn’t treat you like an equal anymore.

He hardly regards your opinions on issues and thinks he’s always right.

The major decisions are taken by him while you may or may not be left with the little ones.

Here is what you can do about it:

Take a stand and watch how he reacts to it.

Let him know that you’re not okay with being a quiet and relegated wife.

Many other women can be that, but you choose to be different.

Take his mind back to the kind of woman he fell in love with and got married to.

Tell him that the years didn’t change your intelligence, strength, and strong will, he just stopped seeing you in that light.

Step in whenever there’s an important decision to be made.

Keep at it till it becomes practically impossible for him to make any decision without you.

2. There’s no more respect in the relationship

It’ll be very difficult for you to say that you still have the initial level of respect you had for your husband at the beginning of the relationship after a lot of fights and disagreements over the years.

You’ve seen him at his worst and so, it’s impossible to see him the same way you saw him when you both first got together.

The feeling might be mutual as you both disrespect each other in the little things such as looking down on their suggestions and dreams and slighting them in front of your friends.

Here is what you can do about it:

Your husband and yourself must have gone low while being disrespectful to each other.

There’s no way to push past it, let it all go, and act like all is well when you both have not forgiven each other for the disrespect that has accumulated over the years.

The first step towards making headway is by asking yourself if you still want to do life with this man.

You have to forgive him and let it all go if your answer to the question above is yes.

Bear in mind that he’s human and just like you, he’s not perfect.

Then, learn to respect and love this flawed version of him that he has been vulnerable to.

Every sensible husband who sees his wife trying to love him perfectly despite his flaws will be appreciative of that.

3. You don’t have anything new going on in your lives anymore 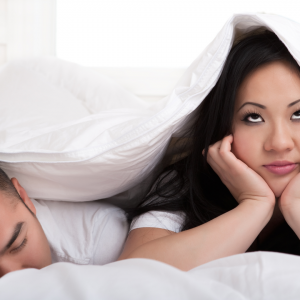 A major reason for hatred between spouses is when they feel that the dullness they’re experiencing in their lives should be attributed to their partners.

Depending on how long you’ve been married, you suddenly feel that marriage has brought to an end, the adventurous and exciting phase of your life.

You’re bored by the routine that you’ve come to become used to and although you so badly want to spice up your lives or step up your game, it feels like your partner is content with his head stuck in this boring routine and you hate him for it.

It becomes even worse when you recall that he wasn’t like this from the beginning.

Of course, you can’t willingly sign up to be hooked forever to a boring and monotonous man.

You should talk to him about how you feel.

Open up and be honest.

Let him know that you’re not happy with the situation of things.

He might not understand your point or what you’re driving at if he’s okay with how things are between both of you.

So, you can as well drop hints for him after you must have had ‘the talk’.

Introduce new things into your personal life and your life as a couple.

You can join a new class, embark on a trip, hang out more often and go to fun places.

If he really cares and is around during any of these events, he’ll try as much as possible to get involved to spend more time with you.

4. Both of you have forgotten what compromise feels like 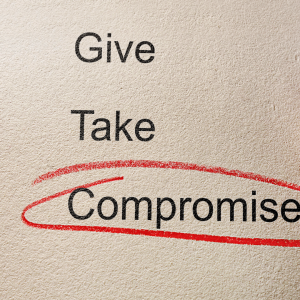 You can recall that in the early years of your relationship, both of you were always considerate about the feelings of each other.

Since you cared about every tiny detail about each other (needs, wants, opinions and thoughts), the love you both shared was very obvious.

However, it seems that he does not care about you and you do that in return for him.

And when you both have conflicting interests, you remain at war till someone decides to throw in the towel.

You can begin by trying to bridge the gap in communication between the both of you.

This might not be easy though, because the years must have taken a toll on the gap between the two of you.

Therefore, you need to start from the little things to bridge the gap and this is effective especially at the point where both of you are concerned about the happiness of each other.

If there’s no need from within to make your partner happy, then you’ll see no need to reach a compromise for them.

5. Presence of big differences that were never addressed

Different individuals have different morals and values that are part of who we are and no matter how flexible and open you are, reaching a compromise on these values always feels like a betrayal.

Constant compromise makes you love and respect yourself less because you feel that you’re doing the wrong thing.

If your husband is the one taking you down that road, it is very easy to transfer the hate and resentment you’re feeling for yourself to him.

Both of you may have conflicting interests on critical issues such as childbearing, finances, and religion.

The ‘crossing the bridge’ mentality made you spend some years of your life with someone whose values and morals are parallel to yours and now, there’s nothing that can be done about it.

This sort of issue must have brought about countless arguments between your husband and yourself.

A compromise has to be reached if you must cross the bridge.

It is up to you to know if you can compromise your values and morals at the altar of marriage.

6. He doesn’t take care of himself anymore

Love is not shallow and you didn’t marry your husband for his appearance only, but it is difficult to keep loving someone who doesn’t take care of his appearance.

Physical and sexual attraction is fundamental when it comes to relationships and marriages.

It’ll be very easy for you to dislike your husband when you’re not attracted to him and this isn’t just because he is no longer attractive to you but he also doesn’t make efforts to be attractive especially when he is home all day.

This adds more fuel to the fire already raging in your marriage because it’s hard to respect someone who can’t do something as basic as taking care of himself and his appearance.

If there is no respect, where will the love come from?

Just as they say, honesty is the best policy.

Let him know how you feel about his nonchalance towards his appearance and general wellbeing and how he’s making it hard for you to respect and love him by the path he’s towing.

Although this is a sensitive issue, offer him a helping hand if he’s willing to change.

Whatever concerns him concerns you and invariably affects you in the long run.

7. He doesn’t help around the house 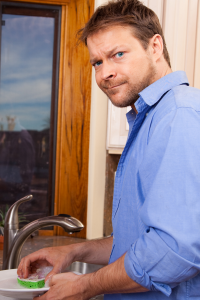 It’s easy to hate it when your husband is home when he doesn’t help with the household chores,.

His presence in the house is supposed to relieve you and not overburden you.

Some husbands are quite demanding when they are home, so their wives would rather they are out.

Let him know how his actions make you feel.

A man who cares about you will listen to you and make adjustments where necessary.

Recommended Reading: How To Make Him Do Household Chores

Perhaps you didn’t find your reason for hating your husband when he is home in this article.

Whatever your reason is, be sure to communicate with your partner so you can make headway in your relationship.

Hatred is too strong an emotion to be ignored in a marriage. 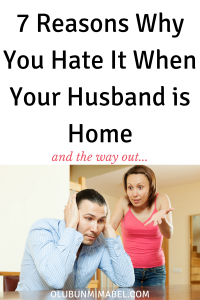