Can a player really change?

Who really is a player?

I highly recommend that you read the signs a guy is a player so you’ll know how important this article is.

Because a player’s reputation precedes him, and you want to be sure if indeed a player can have true feelings for you.

What are the signs a player has feelings for you?

A player has feelings for you when he is not interested in anyone else and wants a relationship. This involves an emotional connection with you.

Because players only lead women on and are never interested in something serious with them.

So, if a player wants an emotional connection with you, there are some signs to look out for.

26 Signs a Player Has Feelings for You

1. He’s always there for you when you need him 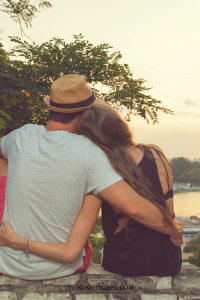 This is one of the most obvious signs a player has feelings for you.

Because players are selfish with their time and availability.

When he’s got time, energy, and resources to provide emotional support when you’re in need, it shows he really cares.

If you need help with something or just want to talk about something that bothers you, the player will make himself available to be there for you.

He’ll always take your call, reply to your texts immediately and even visit, if necessary.

2. He starts taking other girls out of the equation 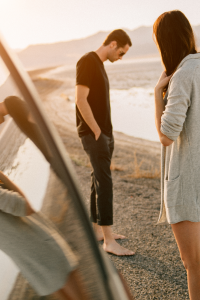 A player used to flirting or dating other girls while keeping things casual with you may start dropping other women from his life when he becomes serious about you.

This means that achieving union with another girl isn’t part of his plans any longer.

3. He professes his love for you 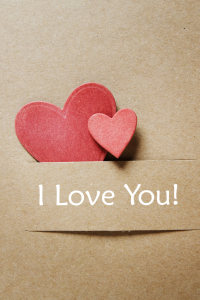 A player will tell you that he loves you when he’s already decided that he wants to commit to you exclusively.

Simply put, a player who says “I love you” frequently probably means it.

4. He asks you out on dates 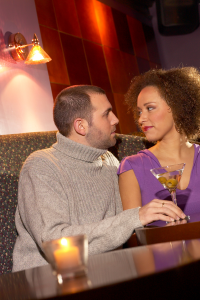 Players are known for not making plans and even canceling on you whatever plans they have made with you.

When a player has feelings for you, he’ll want to see you as much as possible.

So he’ll offer to take you out on dinner or movie nights.

He makes time for you when he’s busy and finds creative ways of spending time with you, even if it means making sacrifices for you.

5. He listens to what you have to say

A player who’s really invested in making things work with you will not only listen but also pay attention to the words that come out of your mouth.

His aim is to understand exactly how you feel so you can work together to find common ground where you both are satisfied with each other.

This is a remarkable sign because players are such poor listeners.

6. He has high regard for you and your feelings

He listens to what you say and he values your opinion.

He even gives you little compliments (“You look so cute in that dress!”) to make you feel good.

7. He tries to please you whenever possible

A player who has feelings for a girl will want her to think highly of him.

You may have noticed that he makes sure you know how much he loves and appreciates you.

When a player likes someone, he’ll do his best not to hurt them or disappoint them.

He’ll try as much as is humanly possible not to threaten the relationship by saying or doing anything that might upset his beloved girlfriend. 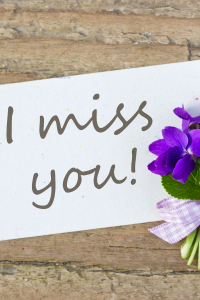 No matter how much a player wants to keep up appearances and maintain an I-don’t-care attitude, he won’t be able to help himself from saying things like “I miss you” when he’s really feeling empty without you.

A player who thinks of his girlfriend all the time and misses her so much more than usual is definitely falling in love with her.

9. He calls and texts just to say hello 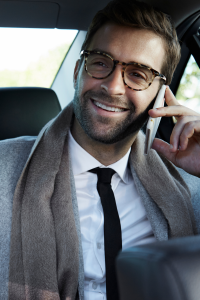 If a player decides on a girl to give his all, nothing will stop him from putting in as much effort as possible into making her smile and feel special.

He’ll shower her with texts and phone calls as much as possible.

10. He shows off his time together with you

When a player likes someone more than usual, he’ll be so proud to have her around him.

He will want the whole world to know much he enjoys your company by showing off your affection in public places.

He loves it when people see him with you because it makes him feel important and wanted.

11. He becomes protective of you

A player who really likes someone won’t keep things casual with that person.

He wants her to feel safe, secure, and comfortable whenever she’s around him, which is why he becomes protective over everything she does.

12. He thinks about your reaction before doing anything

Before a player decides to date someone, he’ll take his time to sit down and think through everything that would be involved in having someone special around him.

He loves the idea of being attached but then remembers how difficult it can be too, which is why he makes up his mind carefully before taking any further actions.

13. He strives for your approval

A player in love with you will crave your approval.

If you’re not happy about something he did or if something bothers you, then nothing else matters until that issue is resolved.

He wants to do things with you that are not s*xually oriented, like going on a picnic or visiting museums.

S*xual attraction is important in a relationship, but it’s one part of many – including friendship.

It takes more than physical contact to make a person fall in love with another person.

He doesn’t push you into doing things that make him feel good while neglecting your feelings.

Because players are usually selfish and don’t mind hurting your feelings to have their way.

16. He opens up himself to you

He starts opening up about himself, talking about his life, and sharing his thoughts, dreams, and fears with you.

You start to feel as though the two of you are more than just casual lovers—that there is something special between the two of you.

17. He makes an effort to get to know you and learn about your interests 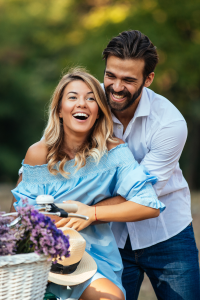 He knows that by getting to know you and understanding your interests, he’ll be able to get through anything together with you—even boredom.

Someone who truly loves another person will do whatever they can to understand them on a deeper level so the two of them can grow together as people and open up about their pasts and greatest fears.

18. He respects your decisions

But he respects you even though he doesn’t agree with everything you do.

The fact that he respects your decisions means that he has a good opinion of you and cares about what you think about him.

This is one of the major signs of interest from a guy because it shows how open he is to communicating his feelings towards you.

And players are smooth talkers who lie to get whatever they want.

But a player who has feelings for you is not afraid to tell you the truth even if it may hurt your feelings.

If a guy is lying or hiding something from you, he probably isn’t interested in pursuing a relationship with you.

20. He treats you differently than how he treats other women in his life

No matter how many people he has in his life, you still feel like the most important and special person to him.

21. He makes an effort to look good 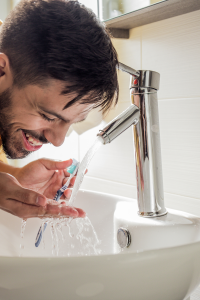 He looks put together and keeps up with his hygiene because he knows that maintaining good physical health is essential for a romantic relationship.

22. He introduces you to his friends and family members

If a guy takes the time to introduce you to his friends and family, he is clearly proud of you and cares about the way these people feel about him spending time with you.

He tells his friends about you and wants to show it off because it makes him happy.

If it doesn’t come up in conversation and he never mentions having an awesome girlfriend or that someone special is in his life, he might not even be sure about you.

23. He wants to know important people in your life

He will want to meet the friends you talk a lot about, the guy who’s been your best friend since grade school, your parents, and anyone else you care about.

He’ll ask to meet them, and then he’ll follow up.

If he is just saying he wants to meet them because it seems like the right thing to say, and it’s not something that comes up naturally in conversation, then he probably doesn’t care about meeting them.

24. He remembers what’s important to you

If you tell him that your favorite restaurant is one that serves chicken wings, and he brings up the restaurant whenever he sees you, it could be a sign that he’s thinking about you.

He may not have remembered those details on his own, but if he does, it’s because he cares enough about you to remember them.

Players usually have a lot of women in their lives.

If he cares to remember important details about you, he probably has fallen in love with you. 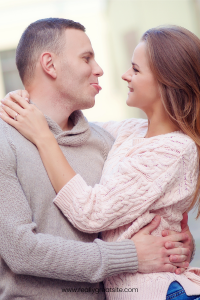 If he looks at you, seeking your attention, and smiling, then it could mean he has feelings for you.

When he looks into your eyes, it is a sign that he wants to get closer to you and see something in your eyes.

He will not look down but will hold on to your gaze.

As women, we can sometimes tell if a man is developing real feelings for us.

So, if you have a deep feeling that his intentions towards you are genuine, they probably are.

Even though these signs a player has feelings for you seem quite convincing, you should be on the lookout for red flags that signal he is still stuck in his old ways.

You want to be sure that he likes you for real and not just pretending to be into you, for whatever reason.

Don’t be paranoid, but don’t be gullible as well.

It’s also okay to share your concerns about his past with him.

His assurance could go a long way to put your mind to rest about him. 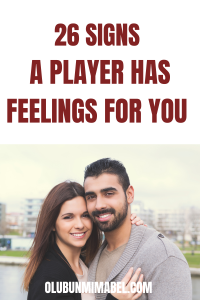