Sleeping with a guy doesn’t always mean he’ll respect you.

In fact, sometimes, it seems like the opposite is true – that sleeping with a guy will make him think you’re easy and not worth his time.

Maybe he started acting like he owned you, or he just wasn’t interested in anything beyond s*x.

Whatever the reason, it’s time to learn how to get a guy to respect you after sleeping with him.

It won’t be easy, but it’s definitely worth it!

Why would you want a guy to respect you after sleeping with him?

Maybe you want him to take you seriously as a girlfriend or maybe respect is just something important to you.

No matter the reason, here are a few tips on how to get a guy to respect you after sleeping with him:

1. Understand that some guys will never respect you after sleeping with them 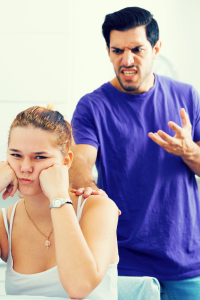 Some guys will never respect you after sleeping with them.

Their view of women has been completely skewed.

Some think you are not deserving of respect because they have seen your nakedness.

Some even think no woman deserves a modicum of respect.

It’s not worth trying to change their minds or get them to see how wrong they are.

Men like this are usually rigid and arrogant; they hardly change.

2. Don’t put all your eggs in one basket – don’t expect him to be your only source of respect 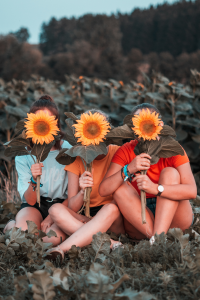 After you’ve slept with a guy, there’s this urge to want him to be completely respectful of you.

Respect is something built over time, so don’t expect him to be the only source of it in your life.

Having other friends and interests will make sure there are sources of respect outside of being intimate with one person.

3. Set boundaries early on and stick to them

Let him know that just because you slept together doesn’t mean he can disrespect you or treat you poorly.

If he crosses those boundaries, let him know that it’s not acceptable and that you won’t put up with it.

If you don’t want to have s*x again, let him know.

If you don’t want to be called after the first date, let him know.

If you’re not interested in anything serious, let him know.

Don’t make excuses – tell it like it is and he’ll respect that.

If he doesn’t respect your boundaries or tries to cross them anyway, then he isn’t worth your time.

4. Maintain your independence and don’t rely on him for anything else 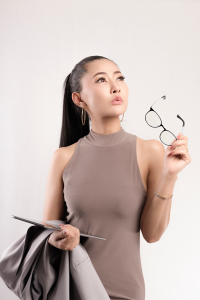 A lot of women mistake having a man in their life for needing to rely on him.

If you want to get a guy to respect you after sleeping with him, the worst thing that you can do is act clingy and expect things from him.

If you’re not giving anything back to the relationship, he’ll think that all he wants is your body when in reality, what he’s really craving is your personality.

Respect yourself first before expecting it from someone else.

A guy will respect a woman more if she can take care of herself without needing to lean on him for everything.

5. Don’t be too available around him

If he texts and asks to hang out, don’t jump at the opportunity every time.

Only talk to him during certain times of the day so he knows when to get in touch with you.

It’s hard for a guy to respect a woman who is always available and willing to talk whenever he wants her to be.

Make sure you still have a life of your own and continue to do things with your friends.

If he sees that you can’t always drop everything for him, then he’ll respect you more after sleeping with you.

Be flexible when it comes to plans that only involve the two of you spending time together.

He’ll want to spend more time with you if he knows that you won’t always reject him if something comes up – even if it’s just once or twice.

6. Keep your conversations with him interesting and engaging 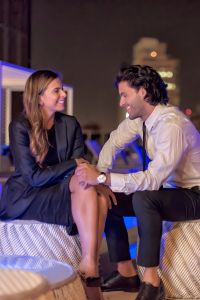 If he’s used to you giving him one-word responses and looking bored in his presence, then of course getting in bed with him won’t change anything.

Stimulate his mind in other ways.

Lightly challenge him with small debates over politics, sports teams, or topics he is interested in.

If he seems like the type that enjoys talking about himself, then ask questions about his life or discuss where he sees himself in five years.

Keep things fun so he doesn’t get bored of spending time with you.

In short, what I’m saying is, flaunt your intelligence and let him see that there is more to you than whatever happened between the sheets with you.

Because intelligent women are interesting.

There’s no dull moment with them. 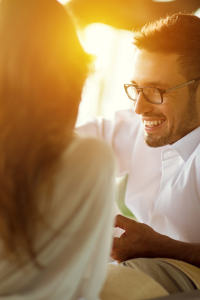 Step up your game whenever you have to see him.

If it means buying a new outfit that makes you feel confident, do it!

He won’t believe that he can actually respect you after sleeping with you if your clothes say otherwise.

When you’re out with your guy, don’t go overboard with the low-cut tops or skirts that are too short for work.

Instead, find a nice middle ground that shows who you really are without being too raunchy.

This will make him respect you more because he’ll see how much pride you have.

8. Maintain your sense of humor

Having a sense of humor can really help diffuse tense situations and we are more attracted to people who make us laugh.

Don’t take yourself too seriously and don’t hold back your sarcastic comments if they’ll lighten the mood.

Just be careful about how much sarcasm you use just in case.

Nobody wants to date someone who’s constantly making fun of them.

9. Don’t do anything that might make you look desperate

Don’t do anything that makes you look desperate, like texting him constantly or following him on social media.

Let him come to you and don’t be afraid to speak up if there’s something you need from him.

And it’s even less attractive if you are trying to get a guy you have slept with to respect you.

10. Don’t make yourself out to be the victim when it comes to s*x

A lot of girls repay a guy disrespecting them by making themselves look like the victim in every situation where they’re treated poorly.

While you’re certainly not doing anything to deserve that type of treatment, don’t play into it and feed into his mindset that you’re weak and need protecting (or whatever else he has going on).

An example would be saying something like, “Can’t believe I slept with you and you don’t even care!” when he’s not calling you like he said he would.

You are an adult.

Take responsibility for your actions.

After all, it takes two to tango.

11. Don’t blame yourself for his behavior

Another mistake you can make is blaming yourself for his bad behavior.

If he’s being a jerk after sleeping with you, it doesn’t have anything to do with what you did.

It has everything to do with who he is.

Guys who think sleeping around makes a woman sleazy and dirty aren’t going to change their minds because of how tightly they hold onto that belief.

Don’t take the blame for his actions.

12. Don’t act differently around him than you would any other guy

After sleeping with someone who doesn’t respect you, you might feel the need to act differently around him than you would with any other guy.

If anything, this will only serve to prove that he’s right about sleeping around making women sleazy and easy.

You want him to see how awesome you are and that sleeping with him doesn’t affect your strong sense of self-worth in any way, so don’t start acting like a girl who can be “had”.

Just be yourself and don’t make a big deal out of what you had with him.

13. Don’t have s*x with him in hopes that he’ll change his mind about you 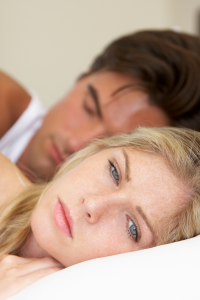 Another way to make yourself look like the victim is by having s*x with a guy who treats you poorly.

If you’re thinking “he’s not going to be interested in me if I don’t sleep with him”, then he never was, to begin with.

He doesn’t see how great you are, otherwise, why wouldn’t he want to take things slow and get to know you better?

14. Don’t make excuses for him

After sleeping with a guy who doesn’t respect you, it’s pretty common for girls to want to convince themselves that the guy is not the problem.

Maybe he just had a bad day or is going through something stressful, so if you go out of your way and offer support in some way, everything will be okay between you two.

The truth is that guys who sleep around don’t care about women.

All they care about is getting laid and your apology won’t change how he feels deep down inside.

Don’t apologize for something you didn’t do and don’t say things like, “I’m sorry I hurt you” or “You’re right, I was being a b*tch”.

This only shows you feel guilty for sleeping with him.

15. Live your life and do things that make you happy 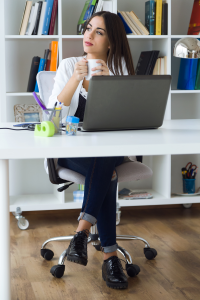 You are a unique individual with goals and dreams to fulfill.

You have a burning passion in you, and you are loaded with amazing gifts and potential.

So, I urge you to discover yourself, your passion, and maximize your potential because there is more to you than the bed you shared with someone.

Find and enjoy hobbies that you love.

Just have an interesting life!

When your life is interesting, others will want to be a part of it.

And very importantly, have values that you can be proud of. 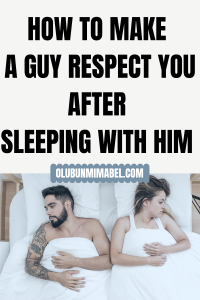